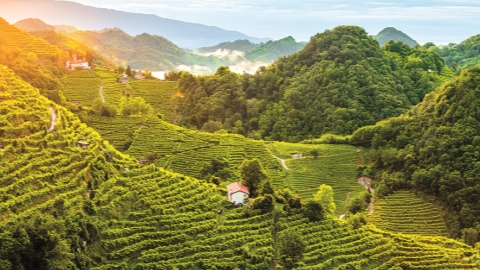 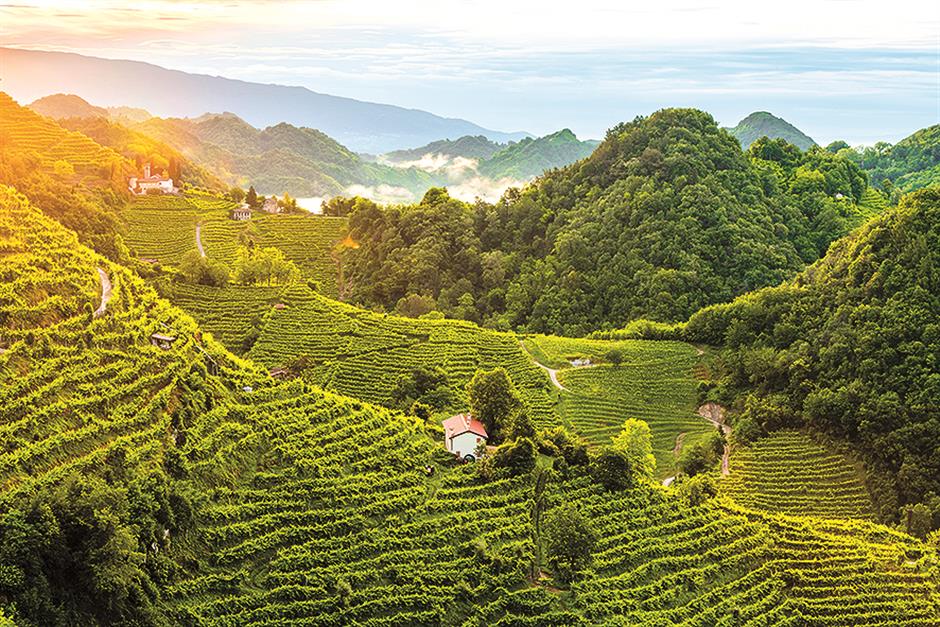 Thankfully, the appalling Year of the Mouse is rapidly coming to an end and the hopefully more propitious Year of the Ox is imminent. What will you be drinking on Chinese New Year’s Eve? Special occasions merit exceptional wines.

This week, I’ll purposely avoid commercially contrived, special edition Chinese New Year Ox-themed wines. This means eschewing the numerous exploitive attempts at wooing Chinese consumers with labels and packaging of an ox and instead introducing wines that truly share the ox-like qualities of honesty, hard work, good temperament and humbleness. There exists a wine from the Italy that sincerely expresses these virtues.

Sporting the proud moniker of the world’s most popular sparkling wine, Prosecco sparkling wines have come a long way over the past few decades. The remarkable popularity and success of Prosecco worldwide is primarily due to their excellent price/quality ratio. In China, Prosecco is gaining fans but is still mostly viewed as bargain bubbles.

Conegliano Valdobbiadene is a small hilly wine producing area between Venice and the Dolomites Mountains in Veneto that’s been home to the Prosecco wines for over a century. The Conegliano area of the region is situated to the east and the Valdobbiadene area to the west.

The newer and more expansive DOC area is located in the lower elevations on the predominantly flat lands of the Veneto region in northeast Italy, while the traditional Conegliano Valdobbiadene area is hilly and elevated. In the latter, steep south facing vineyards offer excellent sun exposure and a cooler climate that allows for a slower and longer growing season which in turn results in wines of greater freshness, elegance and complexity. International recognition and acclaim may be a relatively recent occurrence, but the Prosecco DOCG region actually has a long and august history.

During the height of the Roman Empire Pliny the Elder wrote about the wines from the scenic hilly areas of Conegliano and Valdobbiadene. This Latin poet was one of the western world’s first great wine critics. In 1876, the first Italian oenological school was established in Conegliano. In 1969 the region was awarded DOC status and in 2009 the traditional Conegliano Valdobbiadene area was upgraded to Italy’s highest DOCG status. This resplendently beautiful region became Italy’s 55th UNESCO World Heritage Site in 2019.

The star grape in both Prosecco DOC and DOCG wines is Glera. For DOCG wines Glera must account for at least 85 percent of the blend with the remaining allowed varieties: Verdiso, Bianchetta, Perera and Glera Lunga local grapes and the Pinot Nero, Pinot Bianco, Pinot Grigio and Chardonnay international varieties.

Prosecco DOCG is usually produced using the Charmat method where the secondary fermentation takes place in stainless steel tanks. This technique helps preserve the primary aromas and flavors of the grapes and produces lively fruity and floral wines.

The wines of Proseeco DOCG are produced in three major styles, namely spumante or fully sparkling, frizzante or slightly sparkling, and tranquillo, a still wine. By far, spumante is the most popular style and tranquillo the rarest. Spumante wines can be extra brut, brut, extra dry, dry and dolce in ascending orders of sweetness. My preference is extra brut or brut but in China as elsewhere the ever so slightly sweet extra dry is most common. Most wines are non-vintage but excellent vintage wines labeled Millesimato are also produced.

The rarest and most costly wines of the Prosecco Superiore DOCG region come from a sub-zone called Cartizze. This hilly area covers just 107 hectares of vineyards that feature the steepest hillsides. The ideal combination of a mild microclimate and ancient moraine, sandstone and clay soils impart unique elegance and intensity to Cartizze wines.

But how can we further associate the wines of Prosecco DOCG with the Year of the Ox? Hard work. The steep hills of the region make every viticulture step arduous and challenging. Just as the noble ox toils in the fields, farmers in Conegliano and Valdobbiadene laboriously work to cultivate and harvest grapes.

In fact, at least 600 hours of work are needed in order to cultivate a vineyard in this area, four times longer than in DOC areas that mostly use modern mechanized viticultural methods. Like the ox, these farmers are down-to-earth. Most the growers are small and family-owned businesses where the tradition of cultivating vines has been passed generation to generation for centuries. In many ways both the ox in Chinese culture and the farmers of Conegliano and Valdobbiadene are unsung heroes.

The rich and elegant Villa Sandi Valdobbiadene Superiore di Cartizze La Rivetta Brut is quite simply one of the world’s best sparkling wines while all the Prosecco DOCG wines of the winery also exhibit the sophisticated and distinctive character of wines from this premium region. They are perfect wines to ring in the Year of the Ox or to enjoy when savoring the best of Chinese cuisine. A trio of other top Prosecco DOCG producers whose wines are available in Shanghai are La Tordera, Bisol and Malvoni Carpene.

Home Videos The WORLD of WINE – Wine News. Cheap wine, tasting notes and cooking with wine The World of Wine – May 2021 … END_OF_DOCUMENT_TOKEN_TO_BE_REPLACED

How to visit Napa Valley on a Budget. In this video Carson and I explain a few ways to enjoy Napa on the cheap. Tip and advice about how to visit Napa … END_OF_DOCUMENT_TOKEN_TO_BE_REPLACED

Home Videos Get To Know Argentina Wine | Wine Folly If you love Malbec, Argentina is your ultimate wine region. But that’s not … END_OF_DOCUMENT_TOKEN_TO_BE_REPLACED