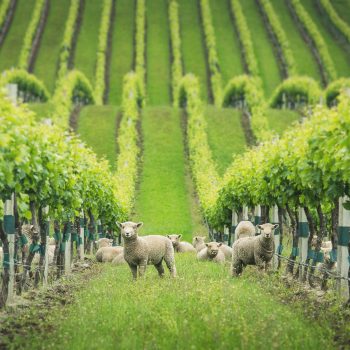 
Marlborough-based Yealands Wine Group has sold four of its vineyards to a taxpayer-owned pension fund for a reported $34m in order to pay off debt and fund growth. 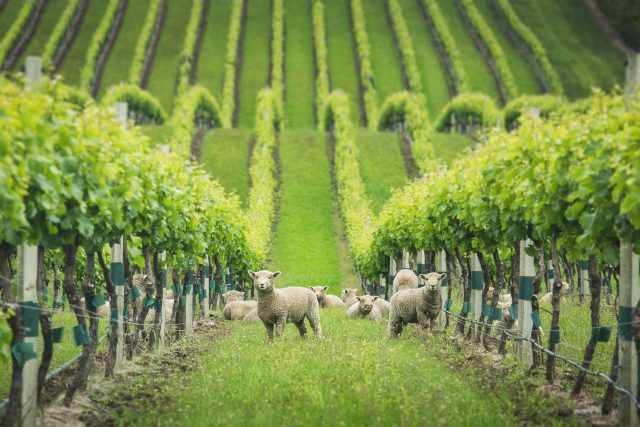 As reported by Stuff.co.nz, the company has sold around 187 hectares of vineyards  (named  Confluence, Brackenfield, Willow Flat and Medway), which are primarily planted with Sauvignon Blanc and Pinot Noir.  Although the terms of the deal have not been disclosed, it will include a long-term supply arrangement in which Yealands will buy grapes from the Super Fund, and an agreement to keep Yealands staff employed at the vineyards while the brand portfolio of sustainably produced wines will remain unchanged.

Yealands chief executive Tiffani Graydon said the sale to an “arms-length” New Zealand owned company would provide capital to “reinvent and grow” the business as well as reducing debt.

“It has always been our ambition to be recognised globally as a leader in sustainable winemaking and work is ongoing to maintain our leadership in this area. This land sale is about supporting our business strategy for accelerated growth, while achieving financial sustainability for the future, including debt reduction,” she said.

She added that capital from the sale would enable the company to “accelerate” its plans for premiumisation and global growth while retaining quality supply. “The funds will be used to invest in brand growth in the US, UK and Europe, and with the vineyard development we’re undertaking in the Awatere Valley, this will result in a considerable net gain in supply for the future,” she said.

Profitability has been hit by falling international trade during the Covid-19 pandemic, despite “incredibly strong” demand from the UK and Europe, Graydon said, as well as a challenging harvest.

According to result filed last week by parent company Marlborough Lines last week  the total number of grapes processed fell by 6.1% to 20.746 tonnes, while wine sales fell 2.6% to 102m due to the impact of the Covid-19  pandemic on the international on-trade. It noted that the initial positive half-year position was “reversed” as wine sales slowed, particularly in the more profitable on-premise sector. Howevre the company noted that “it could have been worse – there was major concern that the COVID-19 driven restrictions would prevent the 2020 grape harvest. However, the harvest was able to proceed as an essential industry.”

Group CEO Tim Cosgrove commended the Yealands team, noting the team they not only did a great job completing the harvest but also “executing a strategy to pivot sales channels”.

As a result of the fall, Yealands Wine Group didn’t pay a divident to the parent company, Marlborough Lines in order to “focus on increasing liquidity within Yealands in uncertain times”.

However the directors said the remain “firmly of the view that the investment in the wine industry is sound and that the medium to long-term outlook is bright”, pointing to dividends of $19.3m since the initial investment in Yealands Wine Group in 2015. “The book value of the Company’s equity in Yealands Wine Group has also increased substantially, largely as a result of valuation uplifts on vineyard assets,” the report stated.

NZ Super, the $50billion pension fund that bought the land said the vineyards were “a valuable addition” to its growing portfolio of rural land across New Zealand which would give it “more access to the successful New Zealand viticulture sector”.

Yealands Wine Group, which employs 165 staff and isNew Zealand’s sixth largest wine exporter, was founded by Peter Yealands in 2008 but he sold a majority stake in the business to the region’s electricity provider, Marlborough Lines in 2015, before acquiring the final 14% in July 2018.

In December that year, the New Zealand company was fined $400k ‘for deliberate and deceptive’ breaches of Wine Act.

Home Videos The WORLD of WINE – Wine News. Cheap wine, tasting notes and cooking with wine The World of Wine – May 2021 … END_OF_DOCUMENT_TOKEN_TO_BE_REPLACED

How to visit Napa Valley on a Budget. In this video Carson and I explain a few ways to enjoy Napa on the cheap. Tip and advice about how to visit Napa … END_OF_DOCUMENT_TOKEN_TO_BE_REPLACED

Home Videos Get To Know Argentina Wine | Wine Folly If you love Malbec, Argentina is your ultimate wine region. But that’s not … END_OF_DOCUMENT_TOKEN_TO_BE_REPLACED