Peter Gago
is clear about why he traded a teaching career for winemaking. Like other wine enthusiasts, he was “completely seduced by the mystical grape,” he says. What began as an interest became a hobby, then a collection, and eventually, a degree, ultimately led to a fruitful career at the winemaker Penfolds.

That “grip of the grape” has kept the native of Newcastle upon
Tyne,
England, intrigued and inspired by the winemaking process since he landed at the iconic Australian producer in 1989. After graduating with a degree in oenology from Roseworthy College in
Adelaide,
he started crafting sparkling wine at Penfolds, and later assumed the position of red wine oenologist. These stints laid the foundation for Gago to become chief winemaker in 2002—only the fourth to hold the post in Penfolds’ 177-year history.

For the past two decades, a share of Gago’s role has been to uphold the brand’s legacy and continue making wine in the “house style” for which the brand is widely acclaimed, including its decidedly collectible Grange. Gago, 64, says that style is about physiological ripe fruit, defined tannins, a generous mid-palate, formidable length, and, of course, a propensity to age.

His latest project is the California Collection, which debuted in March. This quartet of wines has been in the works since 1998 when Penfolds clipped vines from South Australia sites Kalimna and Magill Estate and planted the cuttings at Camatta Hills in Paso Robles, Calif. Beyond sourcing from Paso, the winemaking team also meticulously picked fruit from Napa and Sonoma
AVAs
—hence the collection’s 2018 Bin 600 Cabernet Shiraz ($50) is a blend rooted in Napa, Sonoma, and Paso, and 2018 Bin 704 Cabernet Sauvignon ($70) is 100% Napa Valley Cabernet.

The flagship wines—2018 Bin 149 Cabernet Sauvignon ($149) and Quantum Bin 98 Cabernet Sauvignon ($700), each labeled as “Wine of the World”—contain Californian wine and a percentage of Australian wine, but that was unplanned, according to Gago. When the Napa Cabernet blending options were depleted, he says, the team began introducing small amounts of A1-Grade Cabernet Sauvignon and A1-Grade Shiraz, which they imported from South Australia to assist with grading. “In the context of blends—when things are real, they ‘happen’ sometimes unexpectedly,” he adds. “In the end, a bit of experience, a lot of luck, and plenty of a little bit more: alchemy.”

Gago shared with Penta some of his favorite things and inspirations.

A childhood memory I treasure… as a 4½-year-old—prior to moving from England to Australia with my parents—staying with my Aunty
Agnes
and
Uncle Bill
in Banbury, and going for quite a drive to spend an afternoon in
Sherwood Forest.
Never forgotten.

One of my favorite things about Australia is… verifying daily that Australia is, in fact, “The Lucky Country.” When I return from overseas travel (not so much recently), upon disembarking the plane, I’m often tempted to kiss the ground of Terra Australis––à la the pope.

The best book I’ve read in the last year is… China’s Grand Strategy and Australia’s Future in the New Global Order, by
Geoff Raby.
This tome (a two-night read) expertly puts many recent happenings into meaningful global context. We’re already living many of its predictions.

If I were to buy a piece of art, it would be… ideally a classic piece of Indigenous Australian art, contemporary in style, with the ancient colors of the Australian Outback saturating the canvas.

With all the time spent at home in the past year, one of the most memorable wines I’ve sipped is… the 1959
Leroy Grands-Echezeaux.
This wine explains why so many enthusiasts chase the holy grail of celestial Pinot Noir. A great year, a great producer, a seriously great wine, and, sadly, now but a great memory. Sixty-two years young.

The restaurant in my hometown that I love to take a visitor is… Bai Long Store (Hutt Street, Adelaide), a wonderful feast of Asian delights, great staff, and incredulous quality and value.

As soon as I can travel without bounds, I want to go to… Antarctica with my wife,
Gail.
It’s on her bucket list. But, they tell me I can’t visit any wineries down there. What will I do?!

The thing that gets me up in the morning is… that list of things to do that just seems to get longer.

The person who has inspired me to do what I do is…
Ray Beckwith,
who worked alongside our first Penfolds Chief
Winemaker,

Max Schubert,
and certainly inspired
Don Ditter
and
John Duval,
who followed. I had the honor to spend quite a bit of time with Ray in his 100th year. He was as sharp as a tack until the very end: a gentleman, diplomat, chemist par excellence, dapper dresser, and ideal role model. Oh, to be that decent, aware, and clear-thinking as a centenarian.

If I could grab a drink with anyone, anywhere, it would be… my brother
Brian
and my sister
Sandra.
As they both live Interstate (
Victoria
), I’d provide the wine if they provide the setting. Let’s stay in Victoria—perhaps overlooking uber-scenic Great Ocean Road, or maybe remotely perched somewhere elevated above the grandeur of The Great Dividing Range. 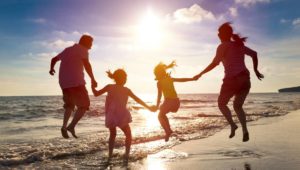 The third round of SA's Great State Voucher program begins this week, with close to 250 operators across the state signed up to provide the public an … END_OF_DOCUMENT_TOKEN_TO_BE_REPLACED

Brenner's On The Bayou's Armando Dawdy showcases a handful of the restaurant's finest white wine varieties from North America.Thanks in no small part … END_OF_DOCUMENT_TOKEN_TO_BE_REPLACED