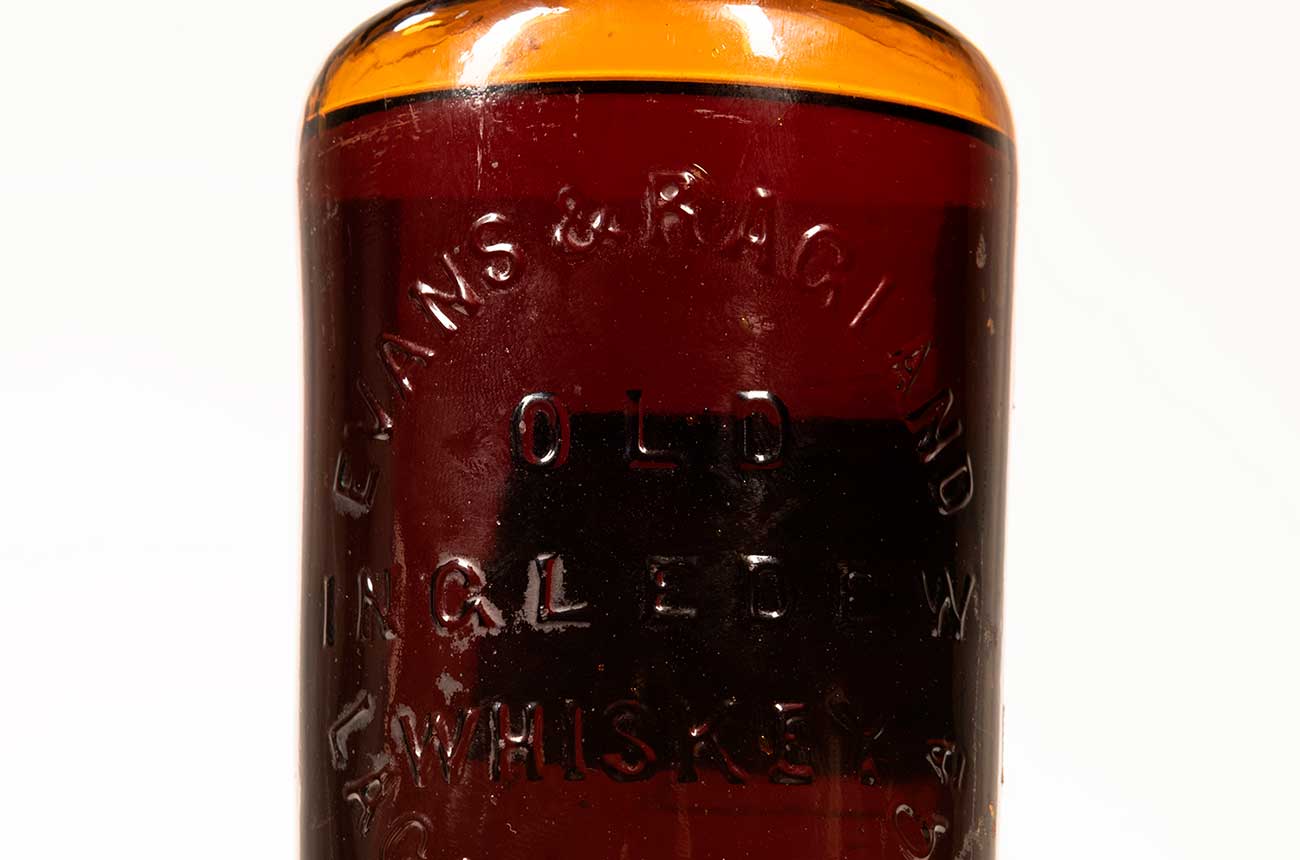 The bottle of Old Ingledew Whiskey, believed to be the world’s oldest whiskey still in existence, sold for more than four times its pre-sale estimate during Skinner Auctioneers’ June Rare Spirits online auction.

It fetched $137,500 and was bought by The Morgan Library & Museum in New York. The whiskey was at one stage in its past reportedly acquired on a visit to Georgia by legendary financier John Pierpont Morgan.

Although there is no record of an ‘Old Ingledew’ brand, the whiskey was bottled by Evans & Ragland, described as a ‘grocer and commission merchant’, in Lagrange, Georgia, probably in the 1860s. ‘Old Ingledew’ may have been a proprietary label used by the grocer.

Skinner said that it was common practice at the time for spirits to be stored in large glass demijohns after ageing in barrel, adding that the bottle was consistent with glass manufacture during the 1840-70 period.

According to Guinness World Records, the oldest known whisk(e)y in the world is a bottle of Baker’s Pure Rye Whiskey, distilled in 1847 and owned by Adam Herz in Los Angeles.

The Old Ingledew bottle is believed to be one of three given by JP Morgan’s son, Jack Morgan, to members of the Washington political elite in the early 1940s: this one to US Congressman, Senator and Supreme Court Justice James Byrnes – and the other two to Franklin D Roosevelt and Harry S Truman.

Byrnes is believed to have given the bottle to his friend and neighbour Francis Drake – who, along with his descendants, were all Scotch drinkers, according to Boston-based Skinner Auctioneers.

The bottle was recently found by Rex Woolbright while sorting through the estate of his late uncle, Logan Drake, Garden & Gun reported.

The back label of the whiskey. Photo courtesy of Skinner Auctioneers.

The bottle’s back label, believed to have been added by Byrnes, reads: ‘This Bourbon was probably made prior to 1865 and was in the cellars of Mr. John Pierpont Morgan, from whose estate it was acquired upon his death. As far as is known, there were no Bourbon distilleries in Georgia after the Civil War.’

A financier, collector and benefactor, John Pierpont Morgan was a dominant figure on Wall Street in the late 19th and early 20th centuries. The Morgan Library on Madison Avenue was once his personal library, and is now a museum and independent research institution.

Home Videos The WORLD of WINE – Wine News. Cheap wine, tasting notes and cooking with wine The World of Wine – May 2021 … END_OF_DOCUMENT_TOKEN_TO_BE_REPLACED

How to visit Napa Valley on a Budget. In this video Carson and I explain a few ways to enjoy Napa on the cheap. Tip and advice about how to visit Napa … END_OF_DOCUMENT_TOKEN_TO_BE_REPLACED

Home Videos Get To Know Argentina Wine | Wine Folly If you love Malbec, Argentina is your ultimate wine region. But that’s not … END_OF_DOCUMENT_TOKEN_TO_BE_REPLACED