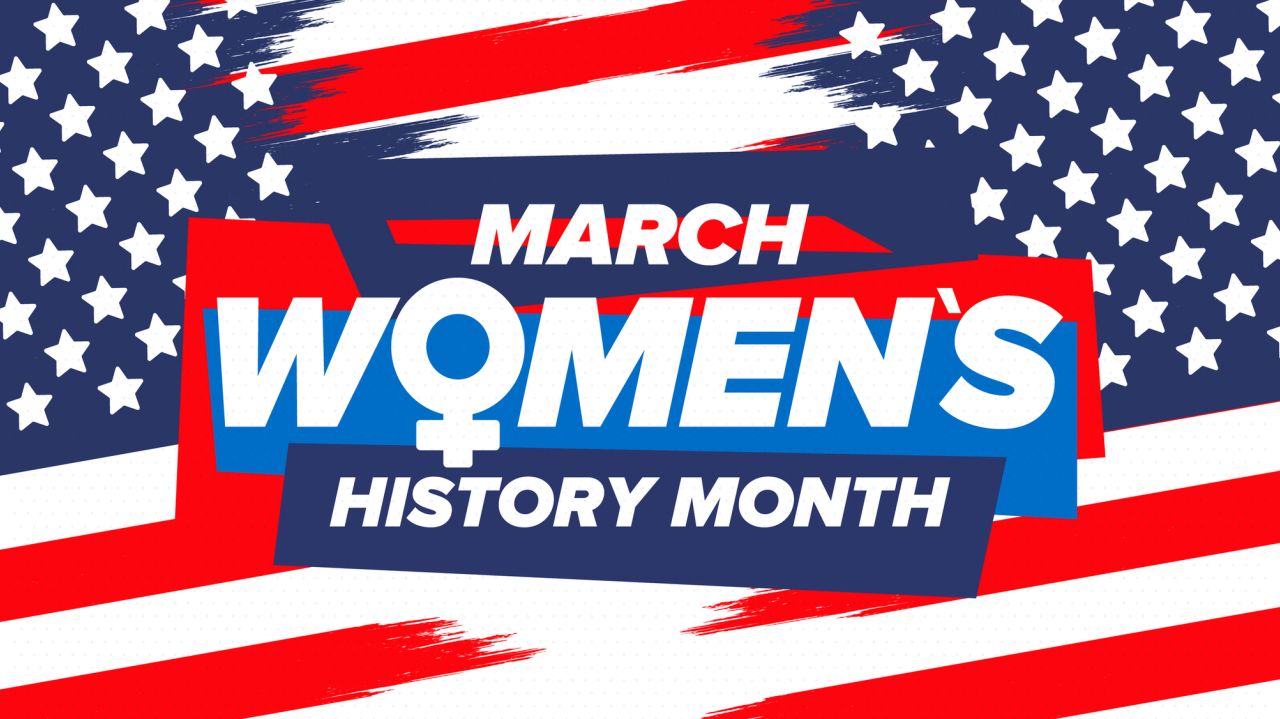 Commemorate Women’s History Month throughout March with virtual and in-person events across Long Island — from documentary screenings to wine tastings and art discussions, there’s something for everyone.

Since 1987, when Congress passed a law designating March as Women’s History Month, the National Women’s History Alliance has established the annual theme, according to the alliance’s website. This year’s theme is an extension of 2020’s, “Valiant Women of the Vote: Refusing to Be Silenced.” The theme honors the centennial of the 19th Amendment, which gave women voting rights in 1920. Numerous events last year were forced to cancel because of the coronavirus pandemic.

This year, most events on the Island will be held virtually. Events planned in-person will follow face mask and social distancing restrictions.

Legis. Arnold Drucker (D-Plainview) is hosting the Second Annual Women’s History Month Judy Jacobs Essay Award Contest. The contest is open to all students in grades 5 to 8 who reside in District 16, which includes the communities of Plainview, Old Bethpage, Jericho, Syosset, Woodbury, Hicksville, Old Westbury, and Roslyn Heights. The theme is “Justice, Justice you Shall Pursue.” Last year’s contest was postponed. Prior entries will be honored and winners will be selected from each category. Winners will be announced at 7 p.m., March 29 during a virtual Women’s History Month Program. The event will be livestreamed at facebook.com/legislatorarnoldwdrucker.

Connecting students to business industries in honor of Black and women’s history month. Join a 6 p.m. conversation with Black/Afro-Latinx business owners and learn about their career journeys and the challenges they faced. The event is co-hosted by MTRC — The Long Island NY — MEP, CSTEP Club, Latinx 365 and Delta Sigma Pi. calendar.stonybrook.edu

Online: Women of Science at the New York State Museum

Join museum scientist and freshwater ecologist Dr. Denise Mayer on a dive into the mysteries of freshwater mussels. Participate in this program by asking questions of the presenter at 1 p.m. via Facebook Live. The free event is presented by the New York State Museum. nysm.nysed.gov/women-of-science

Online: Women of Science at the New York State Museum

Join this free live video presentation on bioarchaeology basics with Julie Weatherwax, a bioarchaeology technician, and Lisa Anderson, a bioarchaeology curator. They will explain current research on a Revolutionary War cemetery in upstate Lake George. Viewers can submit questions at NYSMPP@nysed.gov for the 10 a.m. live video hosted by the New York State Museum. nysm.nysed.gov/women-of-science.

In person: A taste of girl power

On March 5 and 12, taste wines from around the globe produced by female winemakers. Certified sommelier Jessica Green will discuss the various aspects of these wines during a four-wine tasting flight with vintages from Down the Rabbit Hole Wine Boutique in Sayville, paired with specialty cheeses hand-picked by Sayville N Spice in-house chef and manager Felicia Ottomanelli. The 6 p.m. events are hosted by Down the Rabbit Hole Wine Boutique and limited to 10 people. Tickets are $55 and must be purchased in advance. winevie.com/events.

Online: Women and migration: responses in art and history

In celebration of International Women’s Day, join senior curator Corinne Erni at 5 p.m. in a free livestreamed conversation about women artists and their experiences of migration, hosted by Parrish Art Museum. parrishart.org/programs-events.

The Zuccaire Gallery at Stony Brook University hosts a bimonthly virtual arts and crafts event led by the gallery’s student education team. Programs at 5 p.m. on March 14 and 27 will include a brief presentation and exploration of an artist’s work, followed by an art-making activity. zuccairegallery.stonybrook.edu/events

In February 1945, the U.S. Army sent 855 Black women from the Women’s Army Corps to England and France to clear the backlog of mail in the European theater during World War II. The 6888th Central Postal Directory Battalion, known as the Six Triple Eight, was the only all-Black female battalion to serve in Europe during the war. The 6:30 p.m. free event is hosted by Hofstra Cultural Center, Office of the Dean of Students and the Africana Studies Program. events.hofstra.edu

A virtual guided tour of The Holocaust Memorial & Tolerance Center of Nassau County’s galleries will focus on the experiences of women during the Holocaust. The noon tour will be led by education director Helen Turner and Dr. Thorin Tritter, museum and programming director.hmtcli.org/events.

Home Videos The WORLD of WINE – Wine News. Cheap wine, tasting notes and cooking with wine The World of Wine – May 2021 … END_OF_DOCUMENT_TOKEN_TO_BE_REPLACED

How to visit Napa Valley on a Budget. In this video Carson and I explain a few ways to enjoy Napa on the cheap. Tip and advice about how to visit Napa … END_OF_DOCUMENT_TOKEN_TO_BE_REPLACED

Home Videos Get To Know Argentina Wine | Wine Folly If you love Malbec, Argentina is your ultimate wine region. But that’s not … END_OF_DOCUMENT_TOKEN_TO_BE_REPLACED