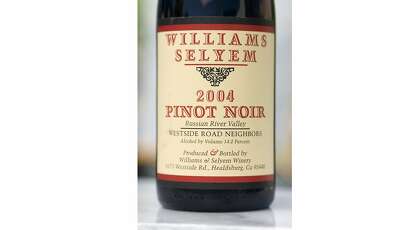 We’re two weeks into the new year, and already there’s been a lot of merger-acquisition news in the California wine industry. Following O’Neill Vintners’ purchase of Rabble Wines and an $810 million handoff of value-price wine brands from Constellation to Gallo, we learned yesterday of a big change at one of America’s most beloved and prestigious wineries: Williams Selyem, of Russian River Valley Pinot Noir fame, has sold a minority stake to Burgundy’s Faiveley family.

The phrase “minority stake” doesn’t do justice to the significance of the deal, however. Williams Selyem’s current owner, John Dyson, explained to me on the phone yesterday that this is really the first step in a succession plan. He and his wife Kathe will continue to run the winery for at least three more years, but the idea is to gradually cede control to the Faiveleys, whose seventh-generation family business is now led by Erwan Faiveley.

After we published the news yesterday, I spent the evening thinking about Williams Selyem, which is undoubtedly one of the most important players in the modern history of California wine. If the Faiveleys do eventually control Williams Selyem, it will be the second time the winery has changed hands; the Dysons bought it from the original founders back in 1998.

When a winery sells, especially one with as strong a reputation as this one, there’s always a risk that something will be lost in the process. A buyer, in order to make the transaction pencil out, inevitably needs to grow production, a goal that doesn’t always align with maintaining high wine quality. And when a winery changes hands again, that’s usually an indication that things are really going downhill.

But I don’t believe that’s the case here. The history of Williams Selyem has always been anomalous.

I won’t go through the whole founding myth here — though it’s a good story, and one you can read about in more detail in my 2019 obituary for Burt Williams. But one thing that’s worth noting is that Williams and co-founder Ed Selyem, who had begun making wine in a garage on the weekends, retained their day jobs for the vast majority of the time they owned the winery. Williams’ job was at the San Francisco Chronicle. 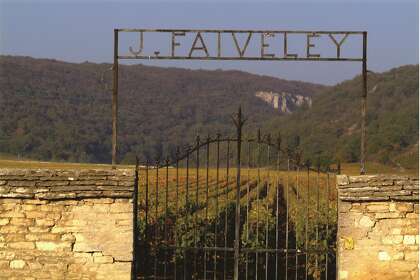 By the time Williams and Selyem were ready to sell, in the 1990s, their Pinot Noir was so sought-after and so hyped-up that they surely could have had their choice of buyers. In our conversation yesterday, Dyson told me that one of the other suitors competing for their attention was none other than Joe Montana. (This could almost be a Bay Area soap opera.) Yet Williams and Selyem chose Dyson, a lifelong ag guy who already owned a winery in New York and was developing a vineyard in California’s Central Coast. He must have struck them has having some credibility, as someone who understood the special status of their wine and would work to preserve that.

As any buyer of a winery must, Dyson grew production significantly — from about 4,000 cases in 1998, he told me, to as much as 25,000 in a typical year now. (2020, whose wine output will be severely diminished due to wildfire smoke, was not a typical year.) He and Kathe built a shiny new winery, a far cry from the makeshift facility that Burt and Ed had used.

But for all the improvements, Williams Selyem’s winemaking has remained curiously static under the Dysons’ stewardship. Famously, for example, they still ferment all their Pinot Noirs in wide, open-top dairy tanks — an antiquated vessel that the founders used in the 1970s because they couldn’t afford anything better, but which became a signature of the Williams Selyem winemaking protocol. The labels have scarcely changed since the winery’s inception and still have an old-fashioned air about them. Until his death, Williams remained very involved in the winery, frequently coming by the new facility on Westside Road to taste with winemaker Jeff Mangahas and selling them fruit from a new vineyard he planted in Anderson Valley.

What Dyson really stressed to me over the phone was that he’d been looking for a family to take over Williams Selyem, not a corporation or a private equity fund. He was polite enough not to spell it out explicitly, but I imagine he was alluding to the woes of Kosta Browne, another wildly popular Sonoma County Pinot Noir brand that has gone through a series of strange, often short-lived acquisitions over the years with private equity. 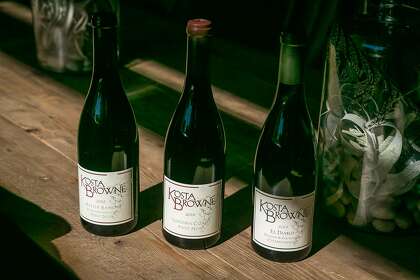 In its two decades of existence, Kosta Browne has essentially had four different ownership structures, most of them in private equity; the founders, Dan Kosta and Michael Browne, have not been involved now for a few years. Most recently, in 2018, Kosta Browne sold to Napa’s Duckhorn Wine Co., which is itself now owned by a private equity fund. In the process, the brand has lost much of its luster, feels more corporate, and the wine style has changed.

“We all know these stories about dot-com guys, big corporations, private equity firms,” Dyson said yesterday, careful not to name any specific names. “People who don’t really care about the land, the vineyards, the history.” By acting proactively now, several years in advance of retirement, he was aiming to avoid that.

And the Faiveley family is the real deal. Their Domaine Faiveley is a large, successful wine business, but they’re also, in Dyson’s estimation, “one the last really prestigious Burgundy producers that’s family owned.”

He continued: “I just wanted to be really careful with Williams Selyem.” 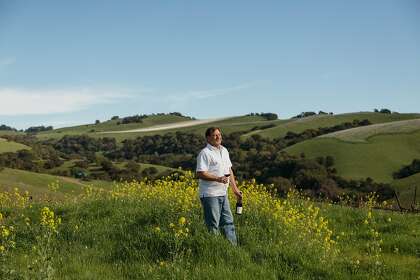 This week, I’m sharing a beautifully herbal Cabernet Franc from Napa’s Lang & Reed, which has staked its identity on Loire-style wines — mostly Cab Franc, but also Chenin Blanc — since its founding in 1993 by John Skupny (pictured above) and Tracey Skupny. That’s always made it something of an iconoclast in Napa, where Cabernet Sauvignon reigns supreme. Their 2017 North Coast Cab Franc, at $29 their most affordable red wine, is fresh, piney and wintery in the best possible sense.

• The Chronicle’s Top 100 Restaurants list has gotten a makeover. This week, restaurant critic Soleil Ho revealed its new look as the Top 25, and I find it to be a wonderfully reassuring reminder that despite the current circumstances of the pandemic, restaurants in the Bay Area are still alive and serving wonderful food.

• Before the volcano erupted, citizens in ancient Pompeii apparently socialized at a wine bar, according to new archaeological findings reported in Wine Spectator.

• Can Bordeaux’s wine industry lift its veil and become more accessible? The leader of one of its most famous chateaus, Prince Robert of Luxembourg (yes, an actual prince), is trying to make that happen, writes Guy Woodward in Club Oenologique.

Home Videos The WORLD of WINE – Wine News. Cheap wine, tasting notes and cooking with wine The World of Wine – May 2021 … END_OF_DOCUMENT_TOKEN_TO_BE_REPLACED

How to visit Napa Valley on a Budget. In this video Carson and I explain a few ways to enjoy Napa on the cheap. Tip and advice about how to visit Napa … END_OF_DOCUMENT_TOKEN_TO_BE_REPLACED

Home Videos Get To Know Argentina Wine | Wine Folly If you love Malbec, Argentina is your ultimate wine region. But that’s not … END_OF_DOCUMENT_TOKEN_TO_BE_REPLACED