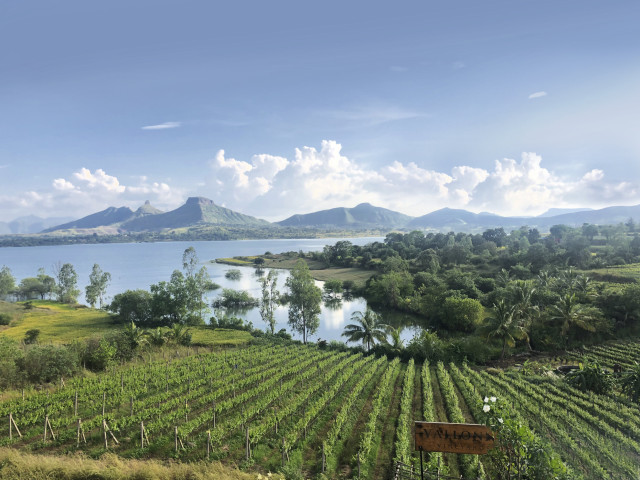 A new UK agent specialising in Indian wines has launched.

Wines in India is the only UK importer to focus 100% on Indian Wines. It has an initial portfolio spanning six top end producers, most of which are from the highly-regarded Nashik region, north east of Mumbai. The wines have been selected by India’s only Master of Wine, Sonal Holland, in partnership with the three Directors: Mayank Gupta; Chris Holland; and Nilesh Kamble.

Wines in India will target both the off and on-trade sectors. In the off-trade, independent wine merchants, multiple specialists and e-commerce wine specialists will be a focus, alongside grocers with a fine wine portfolio; Waitrose has just listed the Cabernet Sauvignon Reserve from Wine In India’s Vallonné Vineyards. Artisan wine specialists, Wine Monkey, Winebound and The Grape Slayer have also listed wines, with more in the pipeline when lockdown restrictions lift.

Within the on-trade, the focus will be on fine dining Indian restaurants, restaurants with a specific wine focus and wine bars specialising in emerging regions.  Listings are already in place with Darbar, Thyme & Chillies and Diogenes The Dog.

With so few Indian wineries in the UK market, Wines in India’s mission is to dispel any misconceptions the trade and consumer may have about Indian wines, by ensuring the focus is on elegant, world class offerings.

Whilst India is still a relatively young wine-producing country, in the last 10-15 years the industry has innovated and grown faster than any other competitive beverage market, and the potential to grow the category here is significant; there are currently 17,000 Indian restaurants in the UK, very few of which list Indian wines.

Charosa, which specialises in international varieties, including Viognier, Shiraz and Cabernet Sauvignon.  Its winemaker is Ashok Patil, who has 15 years’ experience making wine in India, and has completed vintages in New Zealand, South Australia and France.

Reveilo, a boutique estate with an Italian winemaker specialising in Italian varieties including Sangiovese, Nero D’Avola and Grillo.

Fratelli, a joint venture between two sets of brothers – the Italian Secci’s and the Sekhri and Mohite-Patil brothers from India.

York, a nine-acre estate specialising in international varietals including Shiraz, Cabernet Sauvignon and Chenin Blanc, with a combination of New World winemaking practices with French influence.

Commenting on the launch, Wines in India Director, Chris Holland said: “We are extremely excited to launch Wines in India, the culmination of several months researching the U.K. market and exploring India’s wine regions.  We believe there is significant potential for an Indian wine specialist here, given that the UK trade is particularly open-minded to emerging territories coupled with the British love affair with Indian cuisine.  Knowledge of India’s wines is relatively low amongst the trade, so our key strategy will be one of education, with a series of instagram Live tastings and interviews planned as well as partnering with 67 Pall Mall on their webinar series.”

Wines In India will exhibit at this year’s London Wine Fair for the first time, with a digital pavilion showcasing 19 wines from its six estates, samples of which will be available to visitors in advance.  It will also host a Masterclass session for retailers and sommeliers, details of which will be announced nearer the time.

Home Videos The WORLD of WINE – Wine News. Cheap wine, tasting notes and cooking with wine The World of Wine – May 2021 … END_OF_DOCUMENT_TOKEN_TO_BE_REPLACED

How to visit Napa Valley on a Budget. In this video Carson and I explain a few ways to enjoy Napa on the cheap. Tip and advice about how to visit Napa … END_OF_DOCUMENT_TOKEN_TO_BE_REPLACED

Home Videos Get To Know Argentina Wine | Wine Folly If you love Malbec, Argentina is your ultimate wine region. But that’s not … END_OF_DOCUMENT_TOKEN_TO_BE_REPLACED