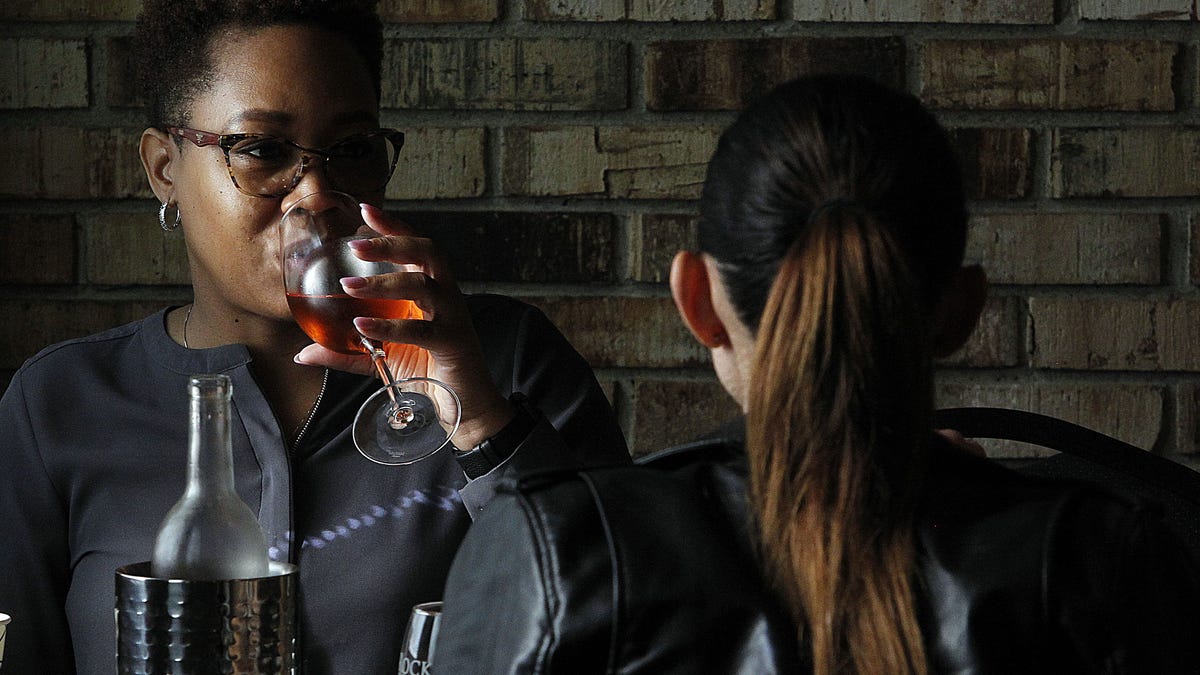 As the COVID-19 coronavirus pandemic ravaged businesses across the nation over the past year, bars and restaurants throughout central Ohio were not spared.

And many that have weathered the pandemic haven’t done so without making new accommodations as they’ve grappled with revenue losses.

Central Ohio’s wineries were no different, with those surveyed by ThisWeek reporting business mostly is expected to return to vintage levels – or beyond – and might even benefit from a mild winter.

Robin Coolidge, who owns Wyandotte Winery in northeast Columbus and Rockside Winery and Vineyards in Lancaster with his wife, Valerie, said although he’s had to make the same accommodations as other dining establishments, his winery’s prospects weren’t dire during the toughest months of the pandemic, even as a niche industry in a region dotted with bars and breweries.

“Last year, to be honest with you, was one of our best years ever,” Coolidge said. “People love our wineries, they were there to support us and we had good sales – particularly with our outside spaces.”

Coolidge said both wineries, which offer a variety of wines from dry to sweet, red to white and fruit wines, generated a lot of sales revenue with takeout orders during March and April 2020, when both initially were shut down for dine-in patrons along with establishments throughout Ohio upon orders from the state.

Wine slushies in mason jars, which still are available, are among their top sellers.

“They were just flying,” Coolidge said. “We were selling so many of those.”

Upon reopening for in-person service, Coolidge said, both locations limited inside seating by about half and took advantage of spacious outdoor green spaces to add seating that adhered to state-mandated social-distancing guidelines.

With the expansion of outdoor seating, Coolidge said, the wineries expanded services, including tastings, to those outdoor areas. The setup was a hit.

“People appreciated they could come out with their own lawn chairs and stay as far away from people as they needed to and listen to music and things like that,” he said.

Overall business volume dipped about 40% in December, January and February, as the wineries couldn’t use the outdoor spaces because of winter weather, Coolidge said, but volume has rebounded with the arrival of warmer weather and the reopening of outdoor areas.

Coolidge said the arrangement at both wineries is continuing into the warmer weather, as his and other wineries are anticipating a bounce-back season.

Plum Run Winery, an urban boutique winery in Grove City that makes approximately 20 varietals of wine in addition to meads, ciders and a full menu, and Blend of Seven Winery in Delaware, which offers more than 30 varietals in its repertoire, from dry and sweet reds and whites to ports and rosé, also said they have experienced good returns throughout the pandemic.

Jodi Burroughs, a managing partner at Plum Run, said the establishment has been open since May 2020 at about 75% capacity. Plum Run has used its outdoor seating during this team and organized it to ensure it was compliant with social-distancing guidelines, she said, and business has begun to pick up again with summer around the corner.

“People have been busting at the seams,” Burroughs said. “The weather has been so nice, and it’s been really busy. So we just continue to gear up for the spring and the summer patio and outdoor season, plus all the events that are coming back. So we’re really excited.”

Sandi Weddington, the co-owner and operator of Blend of Seven with her husband and vintner, Steve Weddington, said they added new booths to their tasting room last year while maintaining social-distancing guidelines. They also constructed a second deck last spring.

“We were pretty fortunate in that we have quite a bit of space,” Weddington said. “We were able to space out our tables and didn’t really lose any outside seating.”

The deck is available for rent for private events, but is used for overflow when it isn’t and holds an additional 36 people on top of the outdoor area’s 32-person capacity, she said.

Weddington said the deck helped the winery, which also has a full menu, deal with a surge of customers and interest upon reopening for outdoor dining in spring 2020 following the temporary in-person shutdown.

“When we opened up for outside dining, we were filling up outside and turning people away,” Weddington said.

Business has begun to pick up again with the arrival of the warmer months.

“We’ve been very blessed,” Weddington said. “We have a very strong loyal customer base, and we continue to get new customers every week.”

Coolidge said area wineries who grow their own grapes were mostly fortunate for this winter’s relatively mild temperatures.

These grapes are resilient in cold climates and can experience some exposure to negative temperatures without sustaining damage. Both species are ideal for growing in Ohio’s climate, Coolidge said.

Milder winters are best-suited for grape production as grapes and vines aren’t exposed to harsh winter temperatures and conditions, which can damage crops.

But it’s a balancing act because if the winter is too warm it risks causing the buds to break early. This can backfire if there’s a sudden surge in cold temperatures later on in the winter and early spring, which also can damage the crops, Coolidge said.

“Our challenge this year, we had those couple of weeks where it was 70, almost 80 degrees, and that got the grapes started early,” Coolidge said. “The grapes starting early is a problem because we’re not done with frost until around Mother’s Day. So we’ve got green on the vines now, which is early, and if we get a frost between now and that last frost date, we could end up getting some damaged crops.”

But this isn’t something area vintners haven’t dealt with before, he said.

“That’s growing grapes in Ohio, right? We tend to have to worry about that every year,” Coolidge said. “We just cross our fingers and hope Mother Nature is kind to us.”

Home Videos The WORLD of WINE – Wine News. Cheap wine, tasting notes and cooking with wine The World of Wine – May 2021 … END_OF_DOCUMENT_TOKEN_TO_BE_REPLACED

How to visit Napa Valley on a Budget. In this video Carson and I explain a few ways to enjoy Napa on the cheap. Tip and advice about how to visit Napa … END_OF_DOCUMENT_TOKEN_TO_BE_REPLACED

Home Videos Get To Know Argentina Wine | Wine Folly If you love Malbec, Argentina is your ultimate wine region. But that’s not … END_OF_DOCUMENT_TOKEN_TO_BE_REPLACED