An area the size of more than 60 football fields along Highway 246 near Lompoc could soon be covered in cannabis.

Earlier this month the Santa Barbara County Planning Commission approved a permit for SFS Farms that would allow them to grow more than 80 acres of cannabis on their property.

Neighboring wineries are now asking the Santa Barbara County Board of Supervisors to put a stop to the project.

When it comes to making wine in the Santa Rita Hills, General Manager of Melville Winery, Kurt Ammann, says there’s nothing like it.

“This area has a transverse mountain range that runs from east to west and it produces a weather that gives us the longest growing pattern in the western hemisphere; that gives us small berries with great concentration,” Ammann explained.

Now the winery could be getting new neighbors.

“They proposed 86.8 acres of cannabis cultivation and I want to point out – that’s 86.8 acres out of a 965 acre property,” explained Travis Seawards, Deputy Director of Development Review for Santa Barbara County.

Ammann says he doesn’t have an issue with the cannabis industry, but he is concerned at the number of cannabis businesses that are setting up shop in the Santa Rita Hills and the odor this new grow could produce.

“We’re able to allow guests to smell, evaluate, taste our wines, learn about this area, and learn about our philosophy. If there are abundant odors, there’s real concern at how that’s going to affect our business,” said Ammann.

Seawards says SFS Farms doesn’t need odor mitigation because the farm doesn’t have components like a conditional use permit that would require it.

In a statement, the attorney representing SFS Farms says:

SFS Farms is remotely located and will ensure that generations-old heritage farming and ranching continues in the Santa Ynez Valley. The project was awarded a permit because it fully complies with the County’s cannabis ordinance. The Planning Commission recently denied an appeal of the permit, and we are optimistic the Board of Supervisors will also follow the law and deny any further appeals. While there is a small but vocal group of opponents who challenged this project and have challenged almost every other approved cultivation permit in Santa Barbara, this farm is widely and strongly supported in the community and it will create positive benefits across the County.

Ammann says however, his winery and his slice of paradise in the santa rita hills is at risk.

“There is a very site specific nature to the wine business and so it gives us very few options to try to protect all of the work, money and time we’ve invested over 24 years,” said Ammann.

The Santa Barbara Coalition for Responsible Cannabis, an advocacy and community education organization, says SFS is not compatible with wine operations in the area.

In a statement the organization says:

We want to see the same reasonable regulations put on cannabis as exist in other counties such as San Luis Obispo, Humboldt, and Sonoma, including: odor controls, limits on density, setbacks from sensitive areas such as schools, and protective distances from agriculture.

SFS is not compatible with wine operations in the area. At over 80 acres, it is too large with no odor controls and proposed to close to neighboring wine grapes and tasting rooms. The County government continues to disregard the concerns of the wine community, as well as the needs of the neighborhoods affected by odor.

It is possible for wine and cannabis to coexist, but the regulatory scheme is tilted largely in favor of the cannabis industry. The wine industry is the great driver of tourism, which powers many facets of our local economy. To allow some of the largest cannabis grows in the world to move into our County with no regard for the impact on our existing industry strikes us as careless and unwise.

This grow is being appealed to the Santa Barbara County Board of Supervisors. The planning department says it could take several months for them to compile their report so it’s unclear at this time when the supervisors might hear this issue.

The Santa Barbara County Board of Supervisors did put a cap on the number of cannabis grows allowed throughout the county. The approval of this project brought the county to 748 acres of cannabis out of the 1575 acres that the county will allow.

Copyright 2021 Scripps Media, Inc. All rights reserved. This material may not be published, broadcast, rewritten, or redistributed.

Sign up for the Headlines Newsletter and receive up to date information. 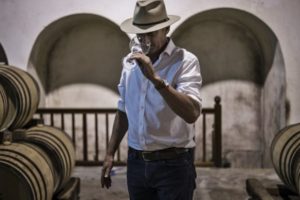 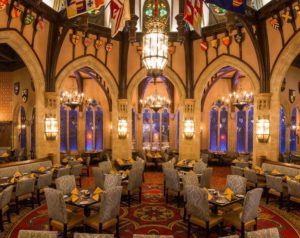 Image:Disney When you are vacationing at Walt Disney World, it can be intimidating planning out every aspect of your trip to make it the best … END_OF_DOCUMENT_TOKEN_TO_BE_REPLACED 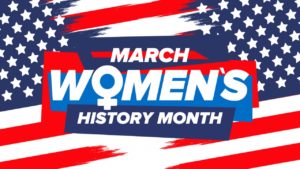