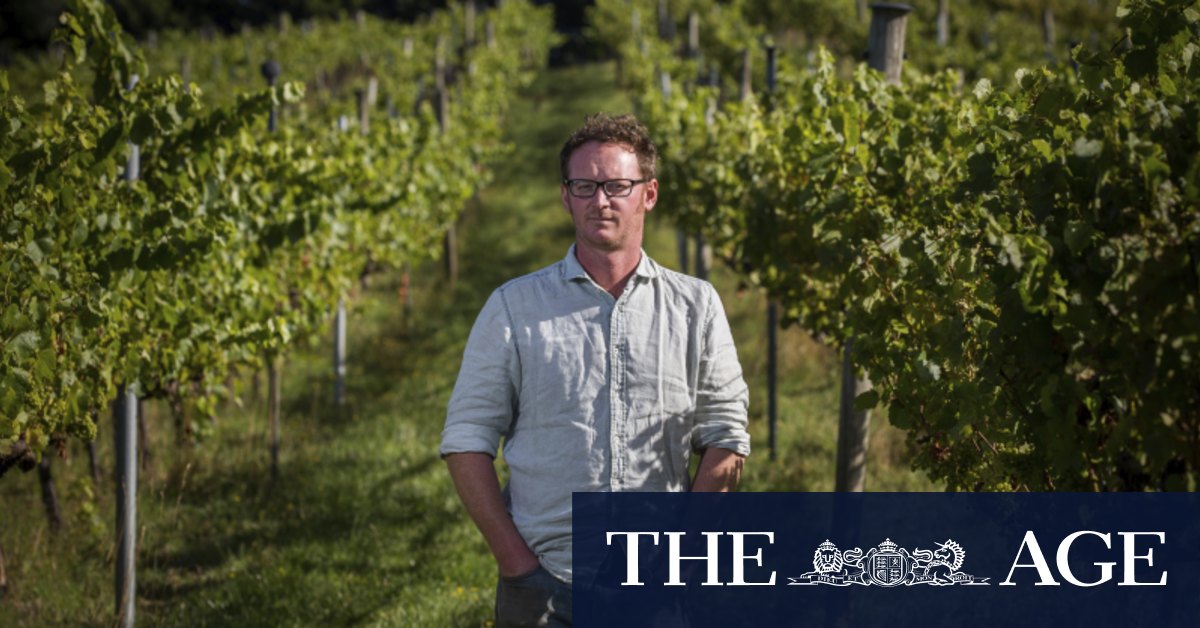 “It can render our entire crop worthless.”

Mr Leith, whose vineyard is located in the small town of Musk north-west of Melbourne, said while all wine growers in the region supported controlled burns, they didn’t understand why they had to coincide with harvest season.

“Why they can’t burn at other times of the year?” he asked.

He said businesses in the area had suffered immensely during the coronavirus pandemic, which had decimated orders from Melbourne restaurants and bars during the lockdowns and hurt wine gate sales. China’s trade restrictions on Australian wine had also caused pain for some growers, he said.

Robert Walters, who owns Place of Changing Winds vineyard near Mount Macedon, hired a lawyer in the hope of halting the controlled burns and will investigate further action if his crop is damaged.

One of the controlled burns set to go ahead in the next 10 days will take place about three kilometres from his vineyard.

He is concerned the department’s actions will impact long-term investment in the region, which is renowned for its pinot noir and chardonnay.

“No one is going to invest the millions of dollars it takes to establish vineyards if there is the risk of smoke taint every year due to controlled burns,” he said.

Mr Walters, who has owned his vineyard for 10 years, said the timing of the burns had only become a problem in recent years, and they previously occurred less frequently and at different times of the year.

He said the situation had made wine growers incredibly stressed as they approached harvest.

“We are hoping for no weather disasters and this type of pressure is sending people over the edge. People aren’t sleeping.”

Attwoods Wines owner Troy Walsh said so many elements of winemaking were already out of his control, which made the controlled burns hard to take.

“As a winemaker you have the risk of frosts and other weather events, but when it’s something we can control that can affect us, that’s hard to take.”

Smoke taint involves compounds from smoke penetrating grape skins, which can lead to an unpleasant, smoky taste in wine.

Smoke taint from the 2019-20 bushfires caused about $120 million of damage to wineries in north-east Victoria and also devastated vineyards in the Hunter Valley and Adelaide Hills regions, with many winemakers destroying their fruit.

“Current conditions make this an ideal time for the burn,” she said, pointing out that the area didn’t burn as efficiently and effectively as it became damp ahead of winter.

“We have been in ongoing communication with those who are managing vineyards in the region. We are confident the current weather and wind conditions are suitable to minimise any possible impacts on growers.”

She said the agency worked to minimise the impact from smoke.

“Smoke from a bushfire has far greater impact on vineyards than smoke from a planned burn,” she said.

La Trobe University Professor Ian Porter, who is investigating how much smoke will cause tainted fruit in a vineyard, travelled to the Macedon Ranges on Friday to rig up smoke detectors.

In the past six years, his team has monitored 40 controlled burns near vineyards and so far they haven’t noticed any issues with smoke taint, which is generally caused by heavy, fresh smoke as opposed to haze. He said when controlled burns were conducted in still conditions, smoke dissipated into the atmosphere and steered clear of vineyards.

“There are a lot of issues involved,” he said.

Our Morning Edition newsletter is a curated guide to the most important and interesting stories, analysis and insights. Sign up here.

Home Videos The WORLD of WINE – Wine News. Cheap wine, tasting notes and cooking with wine The World of Wine – May 2021 … END_OF_DOCUMENT_TOKEN_TO_BE_REPLACED

How to visit Napa Valley on a Budget. In this video Carson and I explain a few ways to enjoy Napa on the cheap. Tip and advice about how to visit Napa … END_OF_DOCUMENT_TOKEN_TO_BE_REPLACED

Home Videos Get To Know Argentina Wine | Wine Folly If you love Malbec, Argentina is your ultimate wine region. But that’s not … END_OF_DOCUMENT_TOKEN_TO_BE_REPLACED