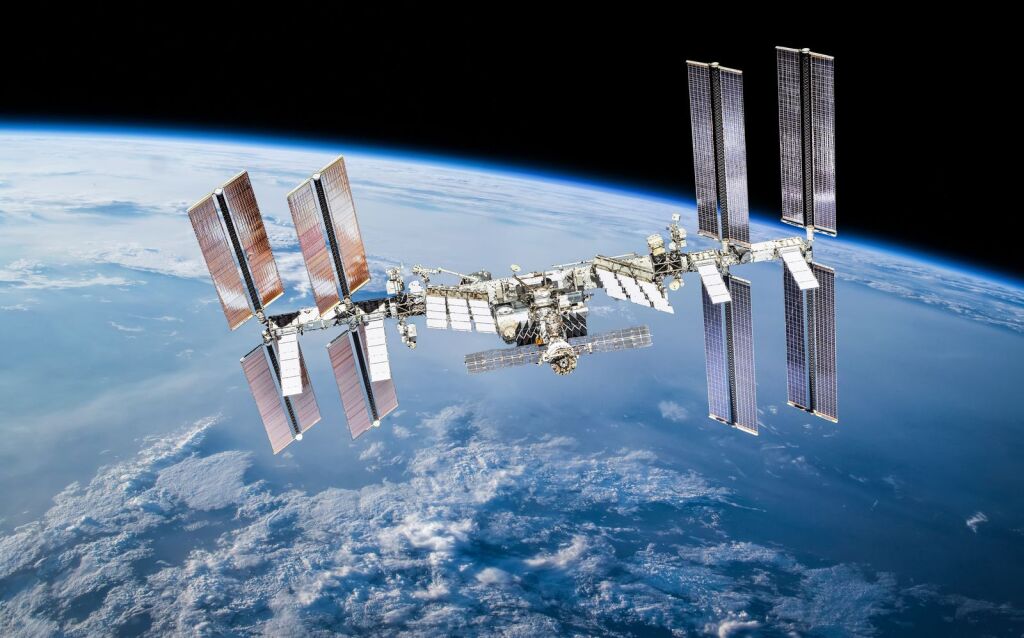 It was inevitable, right? Wine in space. If there is going to be an effort to colonize the galaxy beyond the stratosphere then arrangements must be made to provide wine for those doing the colonization.

This past month word came that a case, 12 bottles of Bordeaux, stored in steel cylinders had returned from an epic space mission. The bottles came floating to Earth inside a SpaceX Dragon cargo capsule that landed in the waters off the Gulf of Mexico just west of Tampa, Florida, on a late January evening. And nary a drop was spilled.

The bottles had spent 438 days and 19 hours at zero gravity, aboard the International Space Station as it circled the Earth at a distance of 250 miles above the vineyards where the grapes were grown. In those 14 plus months, the bottles traveled more than 180,000,000 miles at speeds averaging 17,000 miles an hour.

Also on the return flight, that dropped so neatly into the sea, were 320 grape vines, half Cabernet Sauvignon and half Merlot, both Bordeaux varietals, which had spent a little less time – 312 days to be precise – in the heavens. And who says the space program doesn’t have practical value?

All kidding aside, this was a wondrous achievement for WISE, or the Wine In Space Experiment program that was undertaken by the Europe-based Space Cargo Unlimited in association with the University of Bordeaux and assorted French wine interests to study the effects of space travel and weightlessness on wine. Upon arrival, the wines and the vines were sent to ISVV (Institut Superieur de la Science et du Vin in Bordeaux, France) for analysis and at the end of this month there will be a “private organoleptic wine tasting held under the auspices of oenologist and agronomist Franck Dubourdieu” to gauge what affect the journey had on the wines.

Yes, “organoleptic” was a word new to me as well. It is defined as “the assessment of flavour, odour, appearance and mouth feel of a food product.” Big word. Simple meaning.

Monsieur Dubourdieu will be the first to taste these, the most travelled wines in history. But, oddly, the names of the wines and who made them have yet to be revealed publicly. Will they be wines from the esteemed First Growth Château, like Latour or Haut Brion, or will they be vin ordinaire as the French refer to their everyday-drinking table wines? My guess is somewhere in the middle, leaning towards the top end. It is assumed that once the tasting takes place, the house, or houses, that produced them will get their moment in the sun, as it were.

Make no mistake; the WISE undertaking is as important as it is progressive. Not just in terms of wine but in a broader agricultural context as well. With commercial space flight finding its way forward, it is obvious that the production of viable agricultural products in space will one day be, well, a thing. So why not begin with wine?

Still, the image of wine in space, to me, holds a bit more romance than simply a cylinder along for the ride for test purposes. Rather, I imagine one day sitting on the deck of an opulent space ship staring out at the rings of Saturn on my left and the known galaxy on my right, as a robotic sommelier, towel folded neatly over one arm, pours a glass of 2050 Bordeaux. How it flows from the bottle into the glass in a weightless environment is a question for the scientists.

AND BACK HERE ON EARTH…

The Little Nell announced this week that the much-anticipated Little Nell Wine Academy gathering has been canceled for the second straight year due to concerns regarding COVID-19. This comes on the heels of the successful virtual online tasting that saw the sommeliers — who were scheduled to be expert instructors at this year’s Academy — take participants through both old and new world wines as a precursor of the April event.

“We initially designed our virtual tasting in January to be a preview of our Little Nell Wine Academy in the spring, following the same theme,” said a spokesperson for the Nell. “But we came to the decision to cancel the 2021 Wine Academy due to restrictions around travel, events and gatherings this year.”

But never fear. Plans are afoot for continuing the Academy both in person and in potential online events.

“Since the virtual tasting was a success measured by the number of participants that registered, the positive comments from those who (attended), in person and remotely, and the enjoyment by our sommeliers leading it, we are discussing offering more.”

Home Videos The WORLD of WINE – Wine News. Cheap wine, tasting notes and cooking with wine The World of Wine – May 2021 … END_OF_DOCUMENT_TOKEN_TO_BE_REPLACED

How to visit Napa Valley on a Budget. In this video Carson and I explain a few ways to enjoy Napa on the cheap. Tip and advice about how to visit Napa … END_OF_DOCUMENT_TOKEN_TO_BE_REPLACED

Home Videos Get To Know Argentina Wine | Wine Folly If you love Malbec, Argentina is your ultimate wine region. But that’s not … END_OF_DOCUMENT_TOKEN_TO_BE_REPLACED