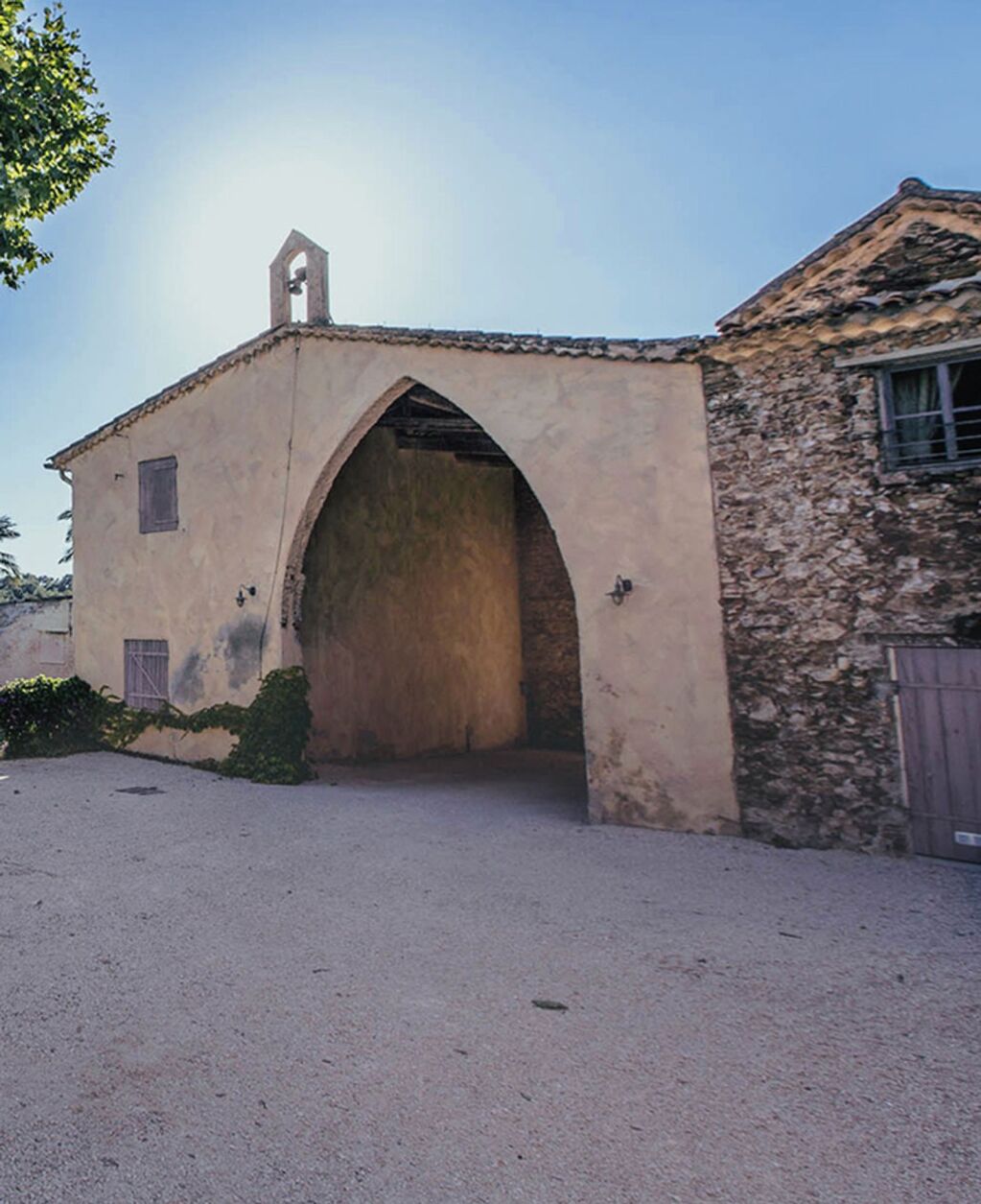 It’s a great feeling. Especially when your destination is wine country. But even though restrictions are easing, this is still not the time to be winging one’s way to an international vineyard. Instead, for right now, world wine experiences are best served either virtually, vicariously or simply inspired by what’s in a glass.

Recently, I was able to combine those three elements and spend a splendid hour or so in the South of France as I sipped through a selection of Estate rosé wines from Domaines Ott. “It’s raining here,” said Jean-François Ott in a thick French accent as he gestured towards the window on the video chat. “It never rains in Provence.”

Ah, Provence. One of the most beautiful and glamorous travel destinations in all the world. Even on a rainy day. If I could board a jet this day and head to any wine destination on earth it might well be the South of France. There is simply something about the way the Alps meet the Med, the sloping hills, the smiling sunflowers, the azure seas, those winding roads that hang off the sides of the cliffs, the lemons, the light and the bees and the vineyards. All of it is magical.

And let’s not forget the rosé, the lush and refreshing pink-hued wines that are as fresh, and as French, as their surroundings.

Jean-François, my virtual host, and his cousin, Christian, serve as co-directors of the three Estates of Domaines Ott — perhaps the premier producer of high-end rosé in the region and certainly the one with the longest pedigree. Today, as we all know, rosé is one of the hottest and most popular wine styles in the world. But it has not always been so. The lighter style pink wines have ebbed and flowed in popularity throughout history and have often been either an afterthought or suffered from a lack of quality.

But the wines of Domaines Ott have been purposeful in their pursuit of pink perfection for over a century. Their three Estate vineyards, Château de Selle, Clos Mireille and Château Romassan (in nearby Bandol), are focused on producing terroir-driven wines from Grenache, Mourvedere and Syrah, with the influence of a few others, while always emphasizing quality.

“Each rosé has to be indicative of the terroir, the place it was grown,” Jean-François said emphatically of the mission of Domaines Ott.

Jean-François and Christian’s great-grandfather Marcel, an engineer by trade, came to Provence in 1896 from another famed wine region, Alsace, in the northeast of France, and began to imagine a place where pink wines could thrive.

As far back as the sixth century BC, pale-colored, light style wines had been made in the South of France by marauders, conquerors and settlers – first the Phocaeans, or Greeks and later the Romans. But when Marcel Ott arrived on the sun dappled shores of the Mediterranean sea he found a region that, though promising, was reeling from the devastation caused by phylloxera vastatrix, a parasitic insect (inadvertently brought in from the U.S.) that destroyed the roots of vines.

Recognizing that terroir — the land itself — trumps all, Marcel set about replanting the vines and the grapes of the region. He purchased Château de Selle in Provence, the first of the three current Estates owned by the Otts in 1912. By the mid 1930s Domaines Ott began to reach its stride producing wines of distinction.

In 1938, shortly after acquiring additional vineyard land at the seaside Clos Mireille Estate, Domaines Ott began to export wines, including rosé, to the burgeoning wine market of America. It is believed that Marcel’s rosé was the first French rosé to be sent to the USA, a nation still finding its way in the wine world just five years after the end of prohibition.

While there were ripples of pink popularity over the decades domestically (you may remember the overly sweet, mass produced Portuguese plonk) from brands like Mateus and Lancers that were popular in late 1960s and early ’70, the style was considered déclassé by the wine elite. Others, like the Sutter Home White Zinfandel, were marketed to the masses further reducing the reputation of pink wines. For a time it was impossible to find a quality rosé on an American wine list or even in top shops.

But in 2000s things began to change. Americans in particular began to discover the rosé lifestyle. French wines from Provence became symbolic of the sun, fun and the beach. “Brangalina” (Brad Pitt and Angelina Jolie) bought a vineyard (Miraval) and the celebrity press began to gush about the pink wines. Château d’Esclans began to import Whispering Angel, promoting it heavily at events like the Food & Wine Classic in Aspen. Suddenly rosé was back. And Domaines Ott was in prime position.

THE WINES OF OTT

On my virtual sojourn to the South of France in a glass, I was able to taste a pair of Domaines Ott’s rosé wines. The first, the entry-level wine, was a BY.OTT Côtes de Provence Rosé from the most recent 2020 vintage, which sells for $25. This wine was made from grapes grown at two of the three Estates, Château de Selle and Clos Mireille, and is Grenache and Cinsault based. The wine comes from organically farmed vineyards and is as fresh as the summer sun. Bright and peachy pink, in the bottle and the glass, the wine has a hint of fruit supplied sweetness but also the flavors of fresh cut lemons.

The second wine was the Domaines Ott Clos Mireille Cote de Provence Rosé 2020 which sells for $52. Grown in vineyards that come cheek to jowl with the Mediterranean Sea this bottling was dominated by Grenache. A touch lighter in color and a bit more elegant texturally, the wine literally evokes the sun and the sea. I swore I saw a sparkle in the glass despite the clouds on the day of the tasting. Even with the lack of color, this bottle felt as though it had a bit more red fruit on the tongue, but was well balanced.

“Everything is a matter of balance,” Jean-François intoned philosophically. “Everywhere. Even in life.”

The house of Ott also produces other wines, even still red and whites, plus a premium rosé led by Mourvèdre grown at the Bandol Château Romassan Estate (Coeur de Grain). And a new entry is a luxury-blended brand from all three Estates under the name of Étoile.

The wines are easily recognized in wine shops for the unique shape of the bottles which reflect on the history of wine in Provence. In the 1930s a special slope shouldered bottle was produced that echoes back to the days when wines were stored and aged in stone amphorae, by the Greeks.

Find a bottle. Take a trip. And don’t forget the sunscreen.

Home Videos The WORLD of WINE – Wine News. Cheap wine, tasting notes and cooking with wine The World of Wine – May 2021 … END_OF_DOCUMENT_TOKEN_TO_BE_REPLACED

How to visit Napa Valley on a Budget. In this video Carson and I explain a few ways to enjoy Napa on the cheap. Tip and advice about how to visit Napa … END_OF_DOCUMENT_TOKEN_TO_BE_REPLACED

Home Videos Get To Know Argentina Wine | Wine Folly If you love Malbec, Argentina is your ultimate wine region. But that’s not … END_OF_DOCUMENT_TOKEN_TO_BE_REPLACED