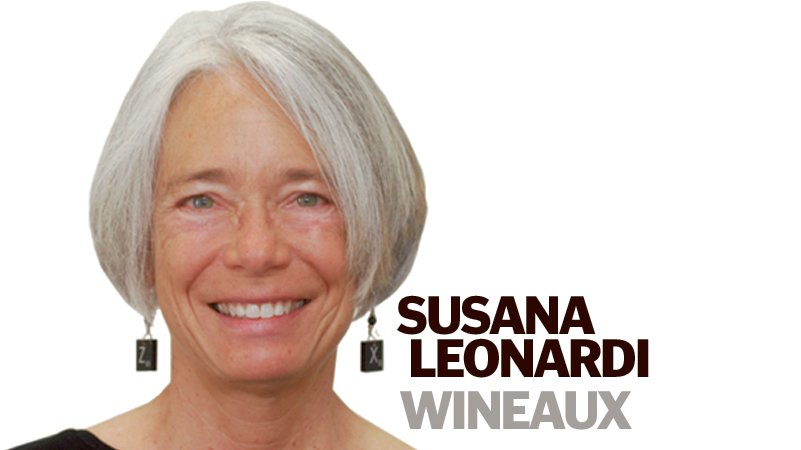 I’m a fickle lover. I can’t commit. And why would I when so many charming, seductive wines keep coming into my life? Sometimes they’re simply new vintages of old favorites.

I spent some years, for example, quite enamored of all things sauv blanc — from the grassy New Zealand versions (that some folks say taste of cat piss) to the restrained French examples to the rounder, fruitier California and Oregon bottlings. I may have overdosed, though, because I then went for many seasons without buying a single one. But when I saw on the Co-op shelves the current vintage of Domaine du Savard “Unique,” an old Loire favorite from importer Kermit Lynch, I picked up a bottle and wondered why I had so long neglected this versatile variety.

Anthony Lynch (son of) keeps coming back to it, too. Not a complicated wine, he says, but “an exuberant burst of fragrant guava and juicy citrus that unconditionally cleanses and refreshes.” I’ve gone back for more (at $14) twice now, and I suspect it will accompany many of our summer meals.

Domaine du Savard has been worked by five generations of the Delaille family — currently brothers Emmanuel and Thierry — famous for their simple, elegant, delicious sauvignon blanc.

My current crush, though, is Italian white. Not pinot grigio — that ubiquitous grape that most of us think of first in this category — but the more obscure grapes (of which there are many, several in every region of the country). Not that a well-made pinot grigio can’t be delicious, but why neglect local gems like erbaluce? This is a grape native to the Piedmont region, famous for the much better known and revered nebbiolo. This white counterpart should be revered, too, I now think, especially if it’s as good as the Cieck Erbaluce di Caluso.

Cieck is a project of Remo Falconieri, now in his 80s but still making wine with his daughter Lisa and Domenico Caretto; they’re known for their elegant and sophisticated interpretations of this native grape. Crisp and lively, the wine’s well-structured and immensely flavorful with pronounced minerals. In fact, if you want to experience what wine writers mean by “minerality,” this is a great place to start. It’s enormously food-friendly. I drank it with a variety of small dishes that included goat, sheep, and cow’s milk cheese, some fish, and lightly sauteed greens; it was different but excellent with each of them.

Another Piedmont native grape, cortese, also produces mineral-driven wine, like the 2019 Ercole Bianco Monferrato, 80% cortese with a bit of both chardonnay and sauv blanc. Less sophisticated than the erbaluce, it’s nonetheless a delight — balanced, light, dry, full of exuberant summer fruit and perfect for an afternoon sitting on the porch and enjoying the gradual return of neighborhood life. Or sipping with a simple white pizza topped with pesto, fresh mozzarella and several handfuls of baby arugula.

I wrote earlier about Ercole Barbera, also delicious. The Ercole project is part of a generations-old wine co-operative in the Monferrato regions, a project championed by the excellent small importer The Piedmont Guy, whose slogan is “We do Piedmont. We only do Piedmont. We always only do Piedmont.” They also import the Cieck Erbaluce di Caluso.

Like the Barbera, the white blend comes in a liter bottle, which leaves me plenty of wine for a nice asparagus risotto. All three of these wines are available at The Pip in Dixon — $18 for the liter bottles and $21 for the erbaluce.

Two bottles I’ve purchased over and over during my ongoing Italian white addiction I have already written about but I’ll remind you of them — the Donna Fugata “Lighea” (zibibbo) and the Balestri Valda Soave Classico. The former is $17 at the Co-op and the latter $15 at the Pip. Pip proprietor Amy Grabish must be as in love with Italian whites as I am because in her limited selection of fine wines she carries so many intriguing ones, including a pecorino, a godello and a grillo that I haven’t yet tasted. But I like to roll the words around on my tongue and imagine Italy and all its glorious variety of regional grapes that I’ve never heard of.

By the way, those sheep, goat, and cow milk cheeses I mentioned also came from The Pip. The cow’s milk is Snowdonia “Red Storm” Leicester, which my best beloved, an Anglophile of sorts, has proclaimed the best Leicester she has ever had.

So I got this far in the column and promptly fell in love with an altogether different wine — Broc Cellars NV Got Grapes. Got Grapes is a series that Chris Brockway started in 2017 “because of a blended wine made accidentally during a hectic harvest.” Subsequent releases have been various, more deliberate, blends — this one carignan, mission, valdiguié, syrah, cabernet franc, cabernet pfeffer and zinfandel. In other words, a representative of almost every vineyard and grape Broc works with.

It’s the perfect spring red — fresh, light, eminently chillable (in fact, I strongly recommend chilling for a half-hour). It smells like heaven and tastes of raspberry and strawberry and blueberry and acid and spice and earth — what a California table wine should taste like, practically bursting out of the glass and making you (well, me) happy. At least for an hour or two.

Don’t put off trying a bottle (it’s quirky so do try before you buy) because although Chase at the Co-op liked it so much he ordered five cases, there will be only four after I put in my own order.

But maybe a case is too much like a commitment.

— Susana Leonardi is a Davis resident; reach her at vinosusana@gmail.com. Comment on this column at www.davisenterprise.com.

Home Videos The WORLD of WINE – Wine News. Cheap wine, tasting notes and cooking with wine The World of Wine – May 2021 … END_OF_DOCUMENT_TOKEN_TO_BE_REPLACED

How to visit Napa Valley on a Budget. In this video Carson and I explain a few ways to enjoy Napa on the cheap. Tip and advice about how to visit Napa … END_OF_DOCUMENT_TOKEN_TO_BE_REPLACED

Home Videos Get To Know Argentina Wine | Wine Folly If you love Malbec, Argentina is your ultimate wine region. But that’s not … END_OF_DOCUMENT_TOKEN_TO_BE_REPLACED