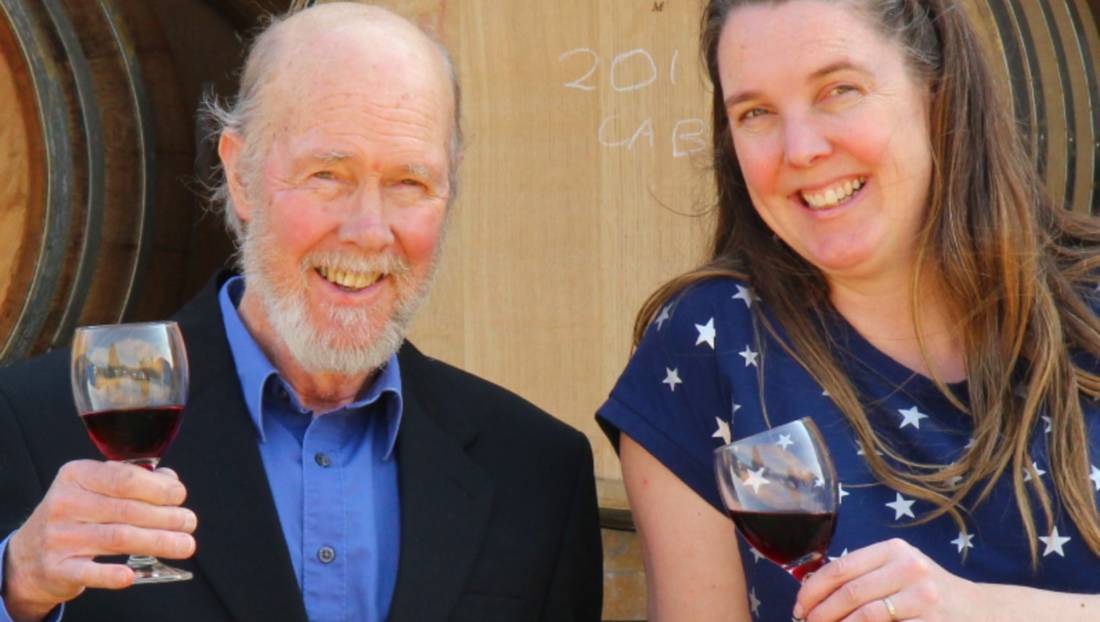 Vineyards transform lives. One moment, they’re just sticks in the ground and the next they’re all shoots and leaves, with grape bunches galore. For up-and-coming winemakers, that’s the fun part. Then comes the hard slog of selling wines.

The enormity of that task is not lost on Rory Kent. The Melbourne wine communicator is the founder of the Young Gun of Wine Awards, an initiative designed to promote wine labels and winemakers on the rise.

“Since 2007, we’ve scoured the country for the best emerging talent, always looking for new ideas, creative mavericks, and those unwilling to compromise,” he says.

Max Marriott’s inclusion should surprise no one already familiar with his fastidiously crafted wines.

Born in Brisbane, Marriott obtained his degree in viticulture and oenology at New Zealand’s Lincoln University.

Marriott’s work wowed Kiwi critics. Indeed, his move to Oregon in 2015 prompted the normally circumspect Bob Campbell MW to lament, “Riesling lovers will be shattered to learn that Auburn, this country’s only Riesling specialist, is about to cease production… In just six years they made many brilliant wines.”

Additional roles at Tinderbox Vineyard (D’Entrecasteaux Channel) and at Windrush (Kingston) then enabled the couple to expand their miniscule Anim brand. Its wines are made via shared facilities at Pooley Wines’ Cambridge winery.

Like Marriott, Luke Monks is an inveterate traveller. The University of Tasmania graduate was bitten by the wine bug after moving to Melbourne in 2004 to embark on post-graduate studies in communication design.

Within a decade, Monks was plying new skills in the Italian wine regions of Sicily and Piedmont.

Monks then toured France, Germany, Spain and Portugal before returning to Hobart in 2015. His Made by Monks brand debuted the following year.

Where Marriott periodically mixes playful with creative and traditional, Monks is similarly keen to hone the cutting edge of contemporary wine styles.

His portfolio, for example, includes a 2019 Syrah Semillon, an unorthodox light red handcrafted from red and white grapes grown in Tasmanian vineyards some 250km apart.

“There’s a real paradigm shift in our industry towards smaller production and greater collaboration,” Monks says.

Marco Lubiana and Greer Carland need little introduction to consumers familiar with wines from Tasmania’s Derwent Valley. Both were raised on vineyards at Granton, almost within cooee of each other.

Lubiana is a sixth-generation winemaker. He inherited his love of wine and his passion for grape growing and winemaking from his parents, Monique and Steve Lubiana.

The couple were jointly named among eight national finalists in the 2012 Winemaker of the Year competition conducted by Gourmet Traveller Wine magazine.

Lubiana completed his Bachelor of Oenology and Viticulture in 2018, before returning to Tasmania from Adelaide to finish off his first Marco Lubiana wines vintage, sourced from the family’s Lucille Vineyard, the significantly revamped and rejuvenated Huon Valley site previously known as Panorama Vineyard.

Critical acclaim is something Greer Carland has had to share until recently.

Formerly senior winemaker at Winemaking Tasmania, the University of Adelaide graduate established her own Quiet Mutiny brand in 2016 as an adjunct to contract work for Laurel Bank.

The 35-year-old vineyard is owned and operated by her parents, Laurel and Kerry.

In 2020, it struck gold at the Tasmanian Wine Show, later winning the Winewise Championship for Best Pinot Noir. This is Carland’s second year as a Top 50 finalist.

Visit www.younggunofwine.com before May 24 to cast your People’s Choice vote.

This 2012 cuvée follows in the footsteps of a very successful 2011 release. It’s a lovely, dry aperitif style, displaying the benefits of eight years on its yeast lees.

The wine’s smooth and creamy mid-palate is delivered on a bright citrussy framework that has good balance, along with drive and energy. Well priced.

Former state wicketkeeper Joe Holyman earned the respect of his cricketing peers by taking a record number of catches on first-class debut. In 2007, the talented Tamar Valley winemaker received similar acclamation as a finalist in the debut year of the Young Gun of Wine Awards.

Well over a decade later, Holyman still continues to hit good wines out of the park.

Flavours of white nectarine, honeydew melon and citrus are well sustained on a palate that has very pleasing vibrancy and texture. Lowish, 12.5 per cent alcohol is a bonus.

Casting herself in the role of a mutineer winemaker, 2021 Young Gun of Wine finalist Greer Carland certainly crafted a gun Pinot Noir from the superb Coal River Valley fruit she was able to purchase three vintages ago.

Make that a clear shot across the bows of New Zealand’s Central Otago.

Home Videos The WORLD of WINE – Wine News. Cheap wine, tasting notes and cooking with wine The World of Wine – May 2021 … END_OF_DOCUMENT_TOKEN_TO_BE_REPLACED

How to visit Napa Valley on a Budget. In this video Carson and I explain a few ways to enjoy Napa on the cheap. Tip and advice about how to visit Napa … END_OF_DOCUMENT_TOKEN_TO_BE_REPLACED

Home Videos Get To Know Argentina Wine | Wine Folly If you love Malbec, Argentina is your ultimate wine region. But that’s not … END_OF_DOCUMENT_TOKEN_TO_BE_REPLACED