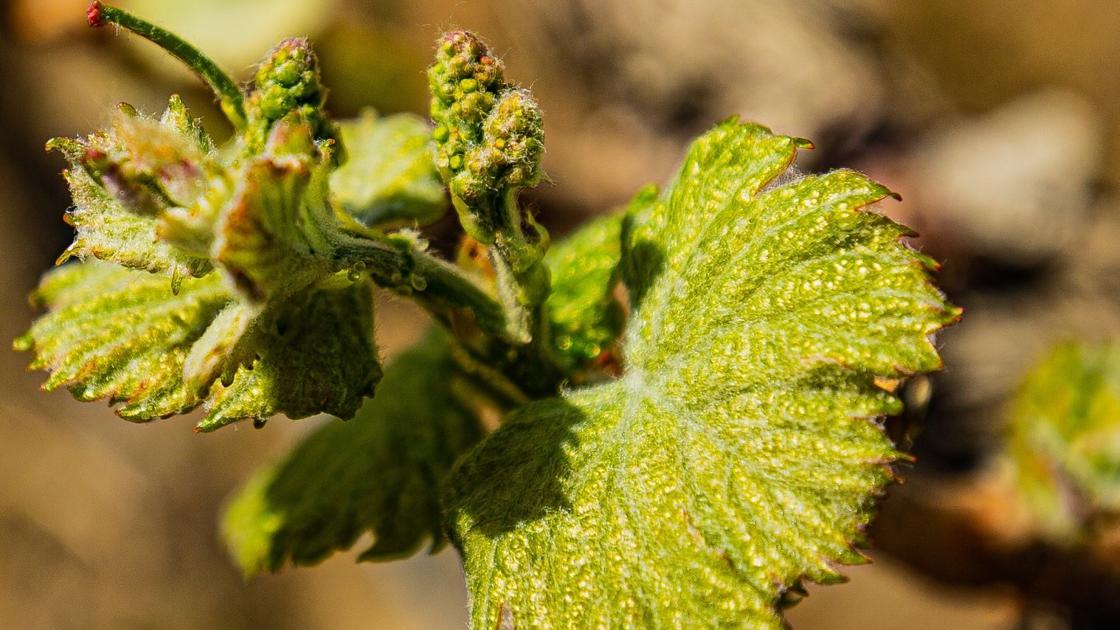 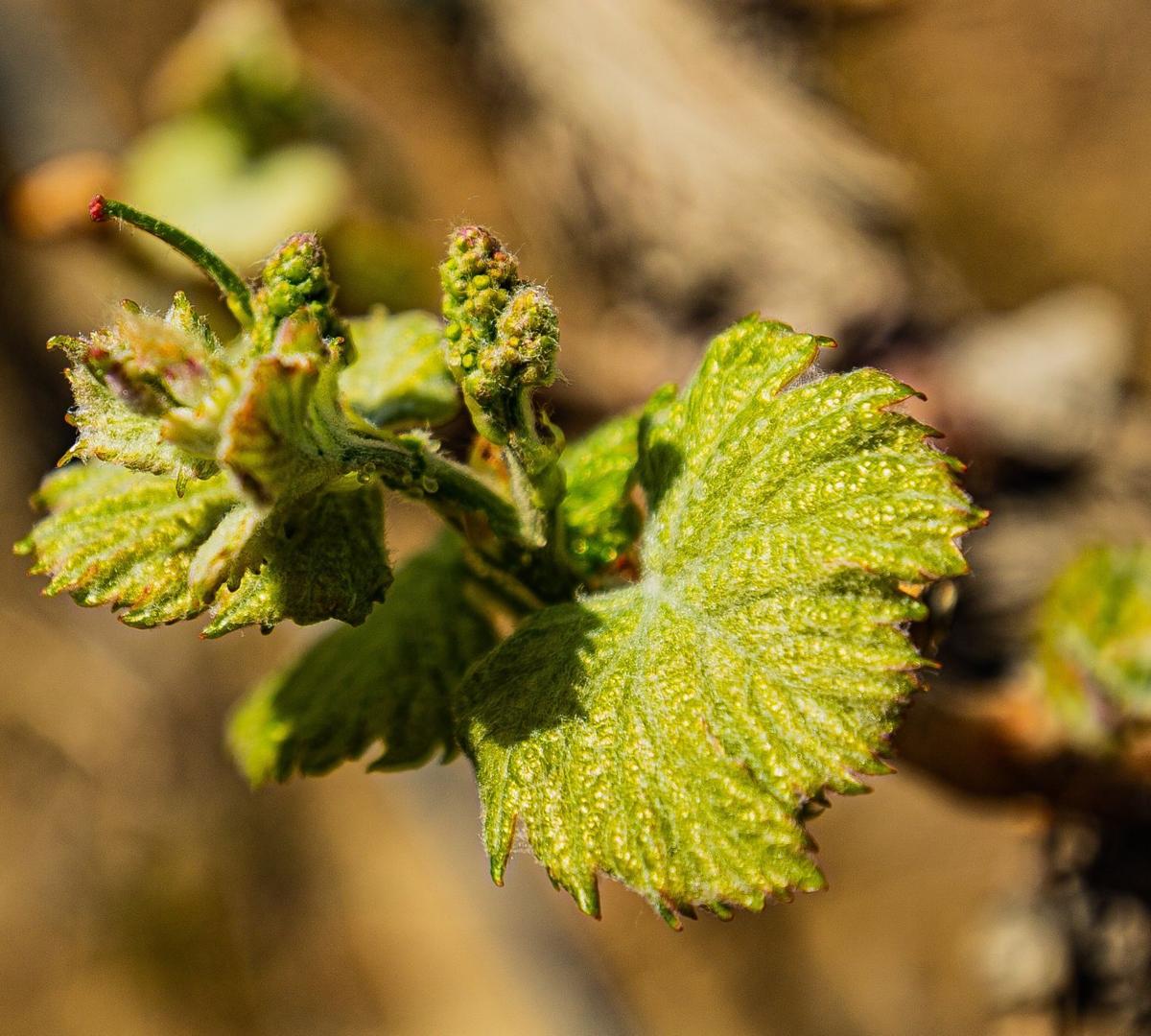 Fruit is already emerging on the vines in Yakima Valley vineyards. 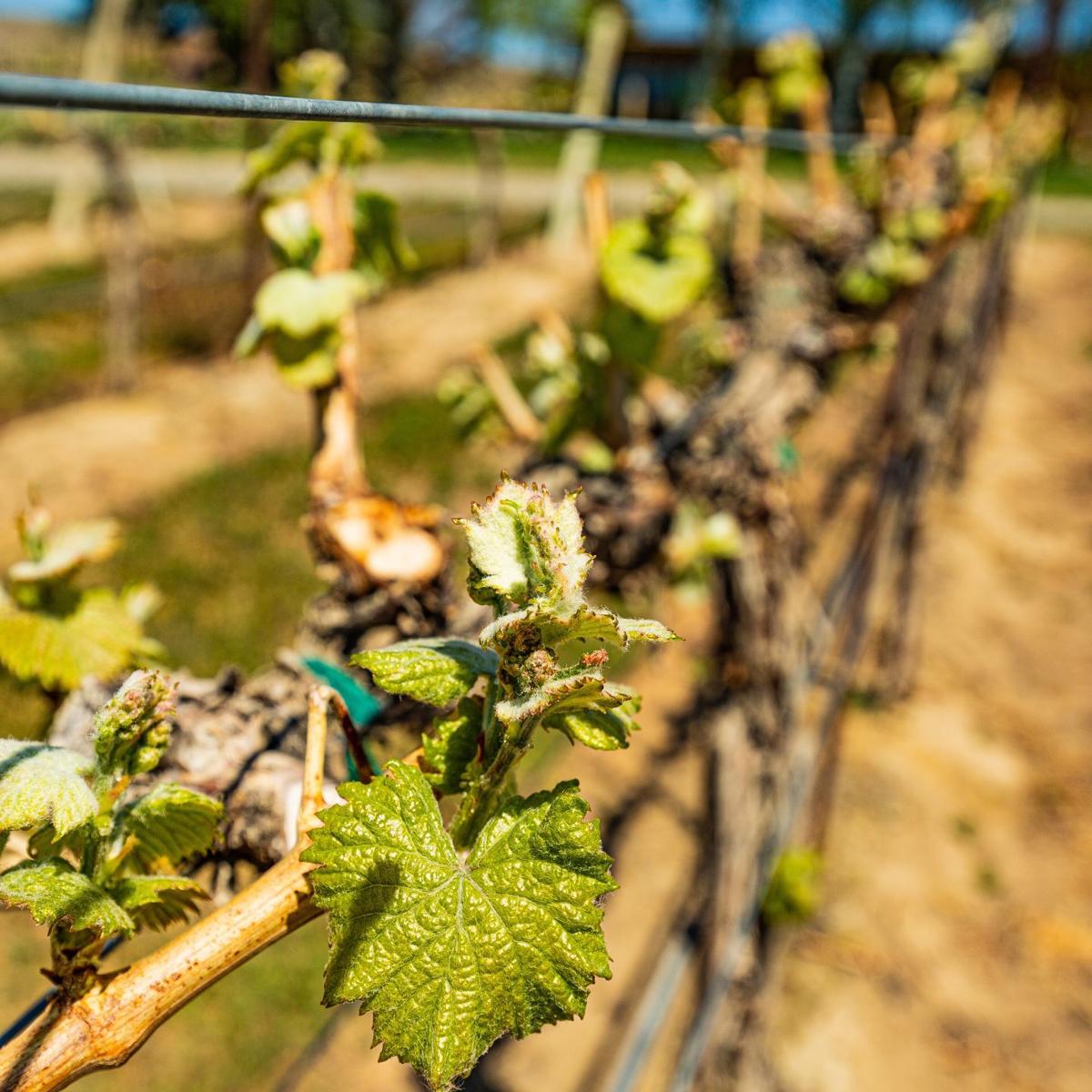 Fruit is already emerging on the vines in Yakima Valley vineyards.

As spring progresses, we see the grapevines wake from dormancy. Increased sunshine causes the buds to swell and burst. The biggest weather-related danger at this time is frost, which can burn the leaves, or more severely the buds.

“We’ve seen 80-degree weather in recent days,” said Joe Hattrup, owner of Sugarloaf and Elephant Mountain vineyards in the Yakima Valley. “This warm weather has sent the vines from barely pushing bud break, to 1-2 inches growth. Once the heat comes there is really rapid development.” The fruit is already emerging on the shoots at Sugarloaf vineyard.

“With any kind of decent weather, we will have a crew in here thinning fruit within two to three weeks, says Hattrup. “We start as soon as we can to get the crop thinned down to a modest crop load because our wineries want low-tonnage, high-quality wine grapes.”

A wine grape grower’s year is marked by milestones, beginning with bud break in the spring and culminating with harvest in the fall. Between these two events the vines go through bloom, fruit set and shatter — all within the span of a few weeks. This is the phase Yakima Valley vineyards are entering.

During a recent tour of Yakima Valley’s Sugarloaf vineyard off Konnowac Pass, just a few miles southeast of Yakima, Hattrup identified vines that have grapes already showing. “There are small clusters that are already developed. The leaves furl out to reveal the tiny grapes that have already developed. You can see the berries on the vines very early and they rapidly develop from there.”

Once the buds begin to open, they can become victim to harsh frost, an event that occurred in France earlier this month. An estimated 30% of the 2021 crop in France was destroyed, according to still-early government estimates. Smaller but similar frost hits were reported in Italy, Germany and Spain. It’s possible a second, smaller crop will appear on some French vines, but frost will affect the 2021 and 2022 vintages.

Temperatures plummeted to as low as 23 degrees (minus-5 Celsius) in regions including Burgundy, Chablis and Bordeaux, as winemakers lit candles and burned bales of straw in a bid to protect their vineyards from the severe frost. A warm February and March drew out the buds a month or so early in most regions of the country. In some regions it was 73 degrees on Feb. 23, and 24 degrees on April 7. Regardless of a grower’s preparedness and knowledge, Mother Nature can quickly force a change in plans.

Unlike France, the Yakima Valley’s mild spring and current forecast suggest a normal path forward. Hattrup said his vines currently have two to three times the final crop load on them. “We could never successfully produce all this fruit. We have to take it down 50% to 70% to get to a crop load that we can take all the way into the fall. We need to make sure we leave enough fruit so that we can selectively pick the placement for the grapes within the canopy, so we prune the vines short knowing that we will still need to remove more fruit.”

Added Hattrup: “Our crews will start green thinning in June and after veraison, when the color comes on in late July, early August, we will come through and do a second thinning pass to fine-tune the crop load that will take us into harvest.”

So far, Mother Nature has blessed the Yakima Valley with great weather and a positive look toward the 2021 vintage.

Home Videos The WORLD of WINE – Wine News. Cheap wine, tasting notes and cooking with wine The World of Wine – May 2021 … END_OF_DOCUMENT_TOKEN_TO_BE_REPLACED

How to visit Napa Valley on a Budget. In this video Carson and I explain a few ways to enjoy Napa on the cheap. Tip and advice about how to visit Napa … END_OF_DOCUMENT_TOKEN_TO_BE_REPLACED

Home Videos Get To Know Argentina Wine | Wine Folly If you love Malbec, Argentina is your ultimate wine region. But that’s not … END_OF_DOCUMENT_TOKEN_TO_BE_REPLACED