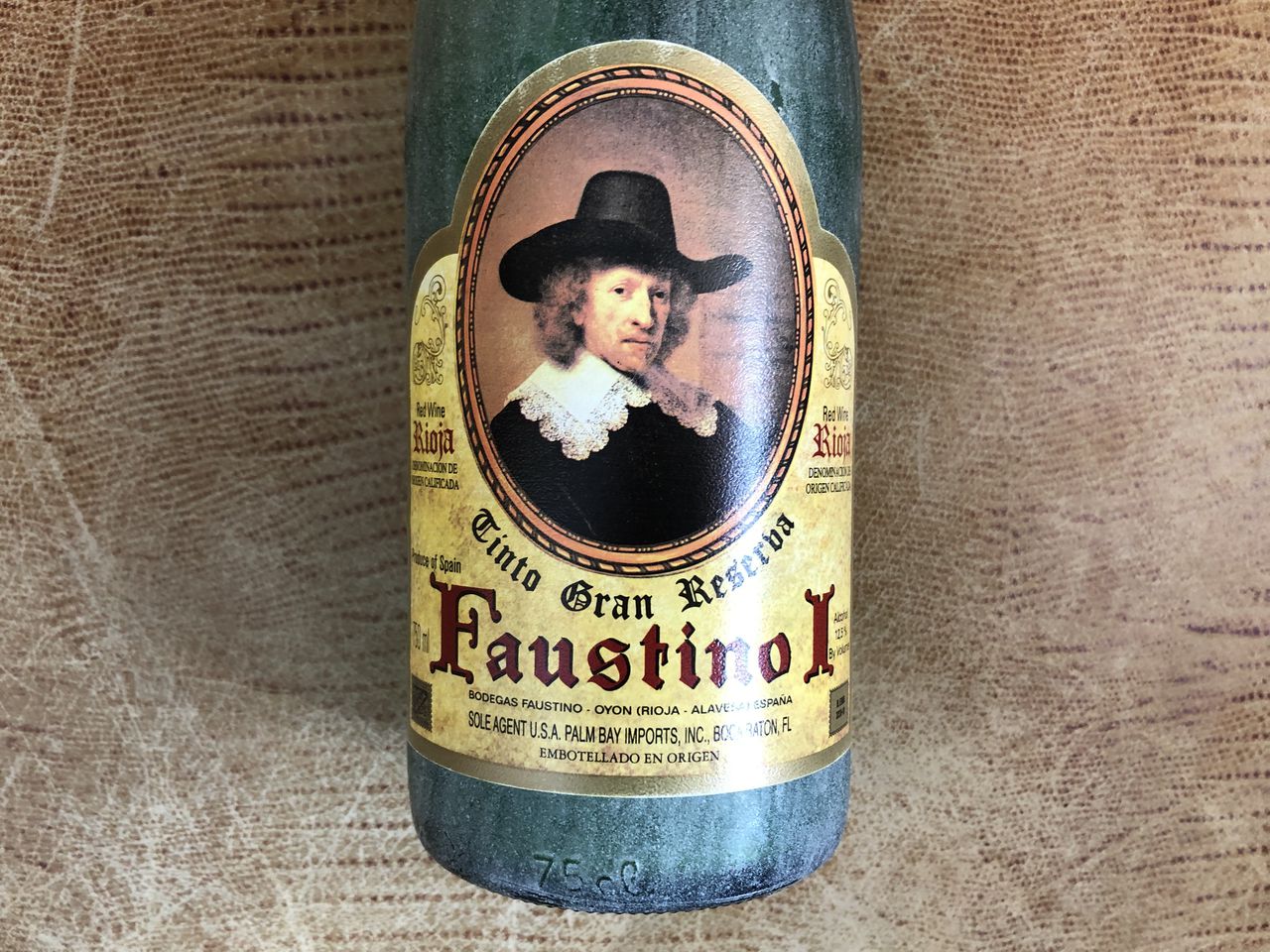 (Other articles in the “how to read a wine label” series)

How To Read A French Wine Label

How To Read An Italian Wine Label

In general, many wine labels on most Spanish wines make sense.

Often, you’ll find the name of the grape used to make the wine.

You’ll also often find the name of the region where the wine comes from in Spain.

Many of the labels are simple, sleek and elegant.

But every once in a while, some Spanish winemakers throw a curveball.

That’s why I purposely set out this week to find one of the more challenging Spanish wine labels – one of those labels that can be as perplexing as anything you’ll find in France’s Burgundy region, a Brunello from Italy or the Mount Everest of challenging wine labels, Germany.

This week’s wine comes from Rioja, one of the best known and most respected wine regions in Spain. Let me add that most Spanish wine labels are not as complicated or intricate as this Rioja. So hopefully you’ll be able to make sense of any Spanish label you encounter in a store or anywhere else in the future.

And like the French and Italian wine labels I wrote about earlier this year, I’ll start from the top of the bottle and work our way down to the bottom, line by line. Hope you enjoy.

Rioja Tinto 1964 Gran Reserva – This is the first line on the first label (there are two labels on the front of the wine) near the top of the bottle.

1964 is the vintage for this wine, meaning the grapes were grown and harvested this particular year. This is a very old, empty bottle that’s been rattling around my house for a while. Let me add that 1964 was the first vintage ever for this particular wine. So if you seen one that’s older, it’s a fake.

Gran Reserva is Spanish for “great reserve.” Pay close attention to words like this on Spanish wine labels, particularly ones from Rioja. Spain has strict rules about what certain wines can be called based on how many years the wine has been aged in barrel and in bottle before being sold. Rioja has four different classifications for its red and white wines. The classifications are slightly different for red and white wines, so let’s simply stick to red wines since we’re dealing with a red wine this week.

Red Wine Rioja Denominacion De Origen Calificada – Printed twice on the label for extra emphasis on each side of the portrait of Nicolaes Van Bambeeck painted by Rembrandt van Rijn, this line simply means it’s a red wine from Spain’s Rioja region. The second part of this line (”Denominacion De Origen Calificada” means “Qualified Denomination of Origin” in Spanish) refers to the classification system used in Spain based on where the wine is from and the quality of the wine. “Calificada” (”qualified” in Spanish) is the most important word on this line. This word means this particular wine is of the highest quality in Spain. Some winemakers use the abbreviation for this particular classification – DOCa. So if you see DOCa on a Spanish wine label, expect the best, highest quality wine.

Tinto Gran Reserva – There’s often a lot of repetition on many wine labels. The same is true with this particular wine. As explained above, “tinto” means red and “Gran Reserva” indicates how long this Rioja wine was aged before it was sold.

Bodegas Faustino, Oyon (Rioja – Alavesa) Espana – You’ll need a magnifying glass if you’re my age (ancient) to read the bottom line on this eye chart. But like many French wines, some the most important information can be found in small print near the bottom of the label.

Bodegas Faustino is name of the winery. (”Bodegas” is Spanish for “winery.”)

Oyon is the name of the town where the winery is located in Spain.

Rioja is the name of the wine region.

As for Alavesa, that’s the name of the subregion in Rioja where this winery is located. There are three wine subregions in Rioja. Based on location, they are Rioja Alavesa, Rioja Alta and Rioja Oriental (which means Eastern Rioja).

As for Espana, any soccer fan knows, that’s the name of the country that won the men’s World Cup in 2010 and which makes some of the best wines in the world.

Home Videos The WORLD of WINE – Wine News. Cheap wine, tasting notes and cooking with wine The World of Wine – May 2021 … END_OF_DOCUMENT_TOKEN_TO_BE_REPLACED

How to visit Napa Valley on a Budget. In this video Carson and I explain a few ways to enjoy Napa on the cheap. Tip and advice about how to visit Napa … END_OF_DOCUMENT_TOKEN_TO_BE_REPLACED

Home Videos Get To Know Argentina Wine | Wine Folly If you love Malbec, Argentina is your ultimate wine region. But that’s not … END_OF_DOCUMENT_TOKEN_TO_BE_REPLACED