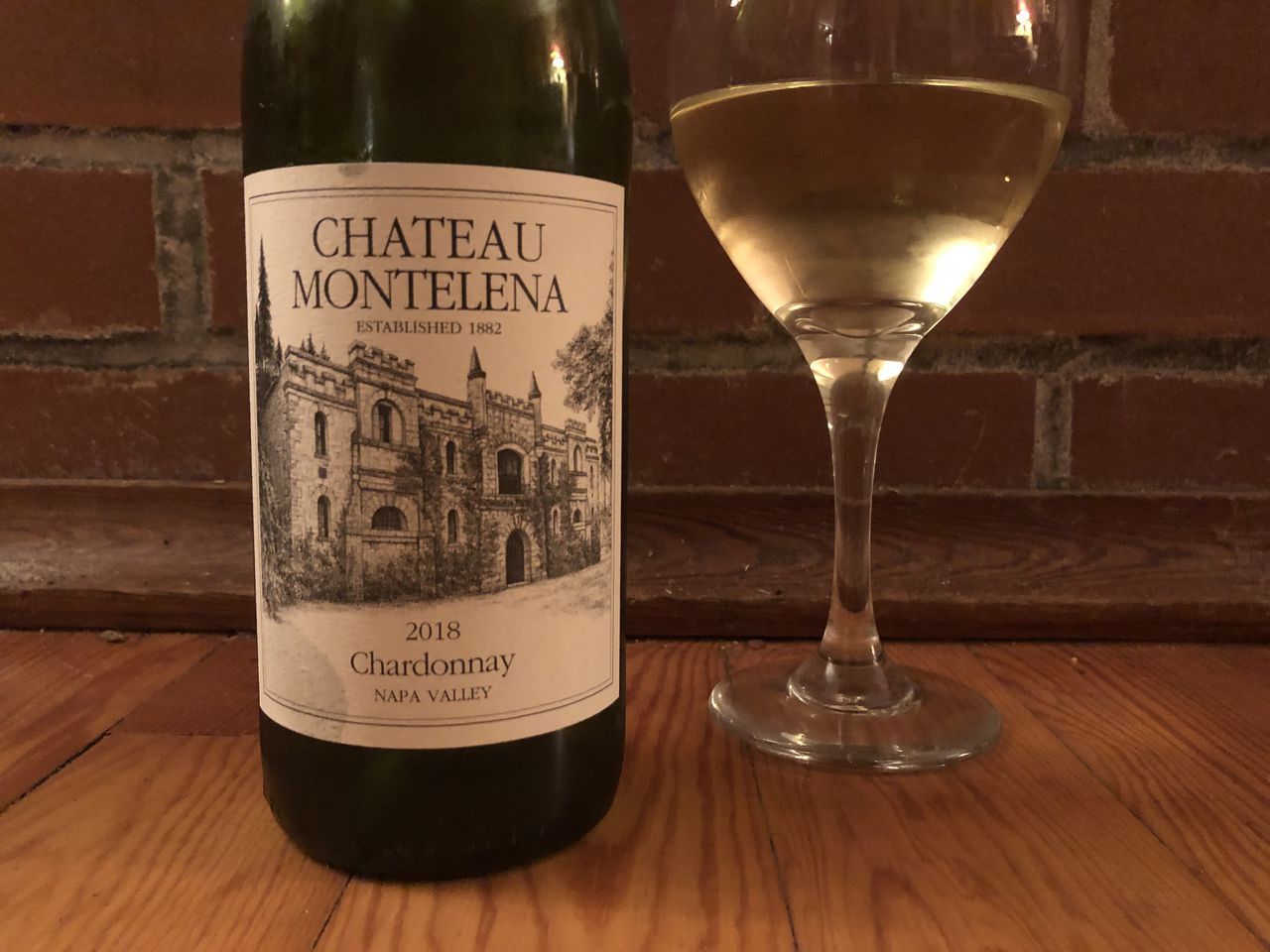 (Note – This article is part of an on-going, occasional series about some of the most frequently asked questions about wine. If you have a question about wine, please feel free to contact the author and suggest a question for consideration.)

FAQ About Wine – What’s the difference between red wine and white wine?

FAQ About Wine – Why should I wait to drink certain wines after opening the bottle?

FAQ About Wine – What Questions Do You Ask At A Wine Tasting?

Everyone has their favorites.

Whether it’s certain foods or sports teams, ski resorts or family pets, we all like certain ones more than others.

The same is true when it comes to wine. All of us have our favorites.

It just so happens that many people like many of the same wines.

But which wines are the most popular? Which ones are the Prom King and Prom Queen of the wine world?

Depends what you mean by the most popular. But in general, it’s not contest when it comes to which wines rule the roost.

So if you ever wondered which wines are the most popular ones in the world, finish up your bone-in Ribeye steak, turn down the Red Sox game, stop dreaming about skiing at Stowe and give your favorite family dog or cat a scratch while you settle in for a few minutes to keep reading.

What is the most popular wine?

So which wines were people buying? People might say they love certain wines more than others. But numbers don’t lie. Certain wine brands blow away the competition.

What is the most popular red wine?

Where do Cabernet Sauvignon wines come from?

Domestically, California is king when it comes to Cabernet Sauvignon grapes. Napa Valley in particular is world famous for its Cabernet Sauvignon wines, from affordable ones that cost less than $10 a bottle to so-called “cult cabs” that cost hundreds or sometimes even thousands of dollars because they have such a loyal and devoted following. (Screaming Eagle is the king of California cult cabs.)

Why is Cabernet Sauvignon so popular?

This is such a subjective question. Why is anything popular? Why was BTS the most popular musical group in the world in 2020? (You’re not alone. This old geezer had to look up this K-Pop band too.) How on earth was “Bad Boys For Life” the number one movie last year? (It’s the pandemic, stupid.)

Looking for something even more affordable and easily available? Try the Josh Cellars Cabernet Sauvignon ($16.99 SRP). This dark, inky wine hits all the right notes. It has a long, robust aftertaste that reminds me of dried plums, blackcurrants and other powerful-tasting fruits.

What is the most popular white wine?

Here again, there’s no competition when it comes to what’s the most popular white wine. Americans love Chardonnay. Last year, Americans bought more than $2.8 billion worth of Chardonnay wine. And last year was first year Chardonnay was the second-most popular wine behind Cabernet Sauvignon. As for other white wines, nothing even comes close. Pinot Grigio is a distant second.

Where do Chardonnay wines come from?

Where don’t Chardonnay wines come from? Nowadays, every wine region in the world seems to grow this wildly popular grape. Many people think of California when they think of Chardonnay, where the grape is widely grown by many wine producers.

But personally, when I think of Chardonnay, my heart dreams of France’s Burgundy region. There, you can find some of the most wonderful and wide-ranging examples of Chardonnay wines – from crisp, dry, mineral-like wines from Chablis in northern Burgundy to light, refreshing, slightly-tart ones from Macon in southern Burgundy to the majestic, magical Chardonnays from Meursault and Puligny-Montrachet just south of Beaune.

Beyond California and France, you can find great Chardonnays made nearly every corner of the world, from Chile to Connecticut, South Africa to Australia. If someone’s making wine somewhere, odds are many of them are making Chardonnay wines.

Why is Chardonnay so popular?

First, let me just say I think Chardonnay wines may be one of the most divisive and most misunderstood wines in the world. Many people often say they hate Chardonnay wines. But what I think they mean is they hate the way certain Chardonnays are made and aged.

Chardonnay grapes are very versatile. They often take on the flavors of the soil they’re grown in and the barrels or tanks they’re stored or aged in. This is a good thing and a bad thing. Sometimes, some wine makers try to hide imperfections in the field by playing tricks in the cellar. They age the wine far too long in oak barrels. That’s why some Chardonnays taste like wood or have over-the-top butter flavors.

A great example is the delicious, affordable Cave De Lugny La Cote Blanche Unoaked Chardonnay Macon Villages ($14 SRP). Burgundy bargain hunters know the French village of Macon well. Like many Chardonnays from Macon, this particular wine has a bright, light, refreshing taste with a hint of citrus. There’s also a slight hint of butter often associated with Chardonnays. But the butter flavors are much more subtle, much less pronounced.

Want to see just how different Chardonnay wines can taste? You don’t have to go far for a completely different Chardonnay. About 120 miles north of Macon you’ll find Chablis, the Burgundy village famous for its crisp, dry, mineral-rich Chardonnays. (By the way, there’s a lot of confusion when it comes to Chablis. Some California winemakers used to call some of their white wines Chablis. Now, if you see Chablis on a label, it means what it’s supposed to mean – the wine is from Chablis in France.)

There are many great Chardonnays from Chablis. One of my favorites is the 2019 Jean Marc Brocard Chablis Sainte Claire ($25 SRP). This understated, crisp, dry wine has a slight hint of butter on top of the wine’s familiar chalky, mineral-like flavors reminiscent of seashells and briny oysters.

But enough about Burgundy for now. Let’s head back to California, which makes some truly great Chardonnays. In Sonoma County, I highly recommend the 2019 Eric Kent Luke’s Grove Russian RIver Valley Chardonnay ($46 SRP). Like many great wines, this wine has a sense of place. You can taste that this wine’s from Sonoma County, which is famous for its earthy yet slight robust wines. That describes this delicious, subtle wine to a T.

On the other side of the mountain range in Napa Valley, no discussion of California Chardonnay would be complete without mentioning Chateau Montelena, the winery that won a famous blind wine tasting in 1976 between California and French wines that brought worldwide attention to California wines.

The 2018 Chateau Montelena Napa Valley Chardonnay ($60 SRP) hits all the right notes. Its flavors are soft and subtle. Its aroma is flinty yet floral. There are slight tropical notes, a hint of almonds. This is how a Napa Valley Chardonnay should taste. If this wine were made in Burgundy or New Zealand, it would taste completely different. That’s what’s so great about Chardonnay wines, their sense of place. That’s probably why Chardonnay is the most popular white wine in the world. Everyone loves discovering something new yet slightly familiar, one glass at a time.

Home Videos The WORLD of WINE – Wine News. Cheap wine, tasting notes and cooking with wine The World of Wine – May 2021 … END_OF_DOCUMENT_TOKEN_TO_BE_REPLACED

How to visit Napa Valley on a Budget. In this video Carson and I explain a few ways to enjoy Napa on the cheap. Tip and advice about how to visit Napa … END_OF_DOCUMENT_TOKEN_TO_BE_REPLACED

Home Videos Get To Know Argentina Wine | Wine Folly If you love Malbec, Argentina is your ultimate wine region. But that’s not … END_OF_DOCUMENT_TOKEN_TO_BE_REPLACED