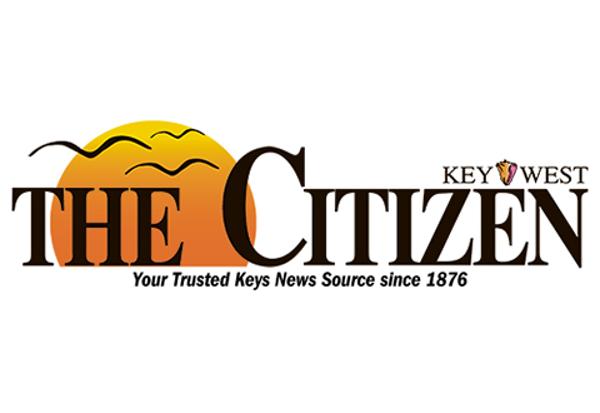 If you find it useful when someone suggests a specific food to pair with a specific wine, you aren’t alone. I appreciate the advice and often make my own suggestions. Fresh crab with Chablis, oysters with Muscadet and Champagne with lox are specific pairings I enjoy. The problem with suggested pairings, however, is that sometimes they are seen as etched in stone, which inhibits exploration.

There are a couple of myths I would like to tackle. The first is the oft-repeated wisdom that red wine can’t be served with fish unless it’s pinot noir with salmon. I beg to differ.

There are certainly parts of the world where fish is plentiful and white wine isn’t, Bordeaux, France, being the best example. So what’s a serious foodie to do in such a situation? One chef I know, while preparing a multi-course dinner for a crowd of Bordeaux collectors, cooked up a Mediterranean sea bass surrounded with earthy root vegetables and mushrooms.

The crowd ate it up, literally. There was nary a complaint. The takeaway from that experience was that pairing often has more to do with the preparation, seasoning and sauce than the protein on the plate.

It’s all good. The object should be to tackle the strong flavor of lamb with a bold, savory red that has power and depth. The takeaway is simple: The rules of wine and food pairing were made to be broken — or, at the very least, tweaked to your own liking.

Wines are rated on a 100-point scale. Wines are chosen for review because they represent outstanding quality or value, and the scores are simply a measure of this reviewer’s enthusiasm for the recommended wine.

• Merry Edwards 2013 Chardonnay, Olivet Lane, Russian River Valley ($60) — It turns out the Queen of Pinot Noir has an equally deft touch with chardonnay. Merry’s 2013 vintage from her favorite vineyard (my presumption) is at once exotic and the epitome of nuanced complexity. Take a sip now and you might pick up floral and spice notes. A second later you’ll pick up tropical fruit and citrus, and even lemon creme, with a slightly oily presence on the palate and remarkable length in the mouth. This wine is a truly extraordinary California chardonnay that is packed with flavor and exquisitely balanced. Rating: 96.

• Donnafugata 2011 Mille e una Notte, Sicilia Rosso IGP, Italy ($80) — Donnafugata has long been one the greatest examples of the wine renaissance that transformed Sicilian wine more than two decades ago. Its flagship wine is Mille e una Notte, an eclectic blend that marries Sicily’s most celebrated red grape, nero d’avola, with several international grape varieties, notably petit verdot and syrah. The 2011 is a stunning wine that is massively structured and shows nuances of red and black fruits with an overlay of wood spice. Rating: 95.

• Franciscan 2014 Cabernet Sauvignon, Napa Valley ($29) — Winemaker Janet Myers is renowned for her bold cabernet sauvignons, and the 2014 from Franciscan is no exception, delivering richness and weight, mouthwatering black fruits, a touch of wood spice and tannins that will recede in another three to five years. This is a superb candidate for the cellar and a steal of a Napa Valley cab for this price. Rating: 90.

Robert Mondavi Winery 2014 Cabernet Sauvignon, Napa Valley ($29) — The late Robert Mondavi’s name is synonymous with Napa Valley cabernet sauvignon, so it’s only fitting that his namesake winery continues in that tradition with a new vintage of cabernet that lives up to the promise of the Mondavi name on the label. The 2014 is an elegant cab that shows layered black fruits on the palate, notes of sweet wood spice and tobacco, and soft, supple tannins that make the wine enjoyable and satisfying from the moment of release. Rating: 90.

Robert Mondavi Winery 2013 Merlot, Napa Valley ($23) — Napa Valley merlot is the deep, dark secret of the Napa Valley, where cabernet sauvignon is king. But you will generally pay a dear price for a top-shelf Napa Valley cab, and not so much for a good Napa Valley merlot. This 2013 vintage from Mondavi is a steal at the price. Exhibiting density and layered complexity, it shows a savory leather note, hints of blueberry and plum, and a touch of wood spice. It’s worth every penny! Rating: 90.

Migration 2014 Pinot Noir, Russian River Valley ($38) — This vintage of the base pinot noir from Migration shows an earthy forest floor bouquet with dark cherry fruit on the palate and firm tannins, suggesting it could evolve nicely over the next few years. Rating: 89.

Decoy 2014 Merlot, Sonoma County ($25) — Decoy’s 2014 vintage of Sonoma County merlot delivers bright red-fruit aromas with notes of wood spice in the background. The wine is supple and soft, so it’s easy to drink now while you wait for your bigger reds to come around. Rating: 88.

Home Videos The WORLD of WINE – Wine News. Cheap wine, tasting notes and cooking with wine The World of Wine – May 2021 … END_OF_DOCUMENT_TOKEN_TO_BE_REPLACED

How to visit Napa Valley on a Budget. In this video Carson and I explain a few ways to enjoy Napa on the cheap. Tip and advice about how to visit Napa … END_OF_DOCUMENT_TOKEN_TO_BE_REPLACED

Home Videos Get To Know Argentina Wine | Wine Folly If you love Malbec, Argentina is your ultimate wine region. But that’s not … END_OF_DOCUMENT_TOKEN_TO_BE_REPLACED