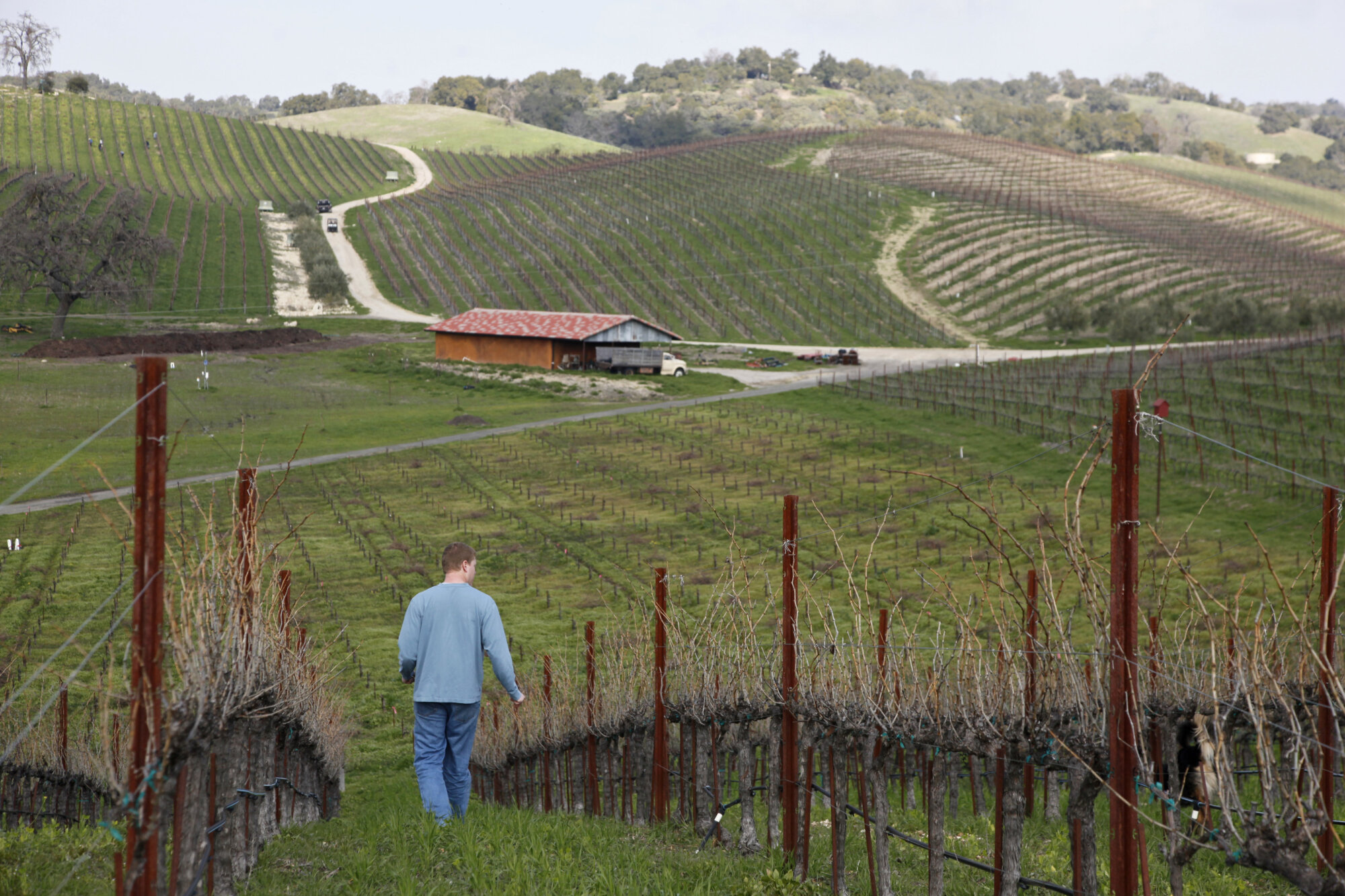 The central coast of California has been getting a lot of attention lately, thanks in part to the Paso Robles AVA (American Vinicultural Area).

The press coverage for this has brought wine lovers from across the country. Just last week, the Napa Valley Register had an article titled, “Paso Robles cabernet sauvignon at par with Napa Valley?”

While some may think that Paso Robles (Paso to locals) still has some catching up to do, most wine consumers believe that the wines from Paso are well on their way to competing with Napa Valley and other well-known wine regions across the globe.

According to Jason Haas, partner and general manager of Tablas Creek Vineyards, the Paso Robles AVA has approximately 614,000 acres with 11 sub-AVAs.

By contrast, the Napa Valley appellation (which includes 16 sub-AVAs) is roughly one-third the size at 225,000 acres.

The Paso Robles AVA has certainly grown over the years since it was established in 1983 with about 20 or so wineries. Currently, it is home to over 200 wineries and over 35,000 acres, planted with vineyards sprawling across an area that covers 30 miles north to south and 40 miles east to west — right smack dab in the middle of the central coast of California.

The recently recognized 11 viticultural sub-AVAs within the Paso Robles AVA reflect the diversity of each of the distinctly unique regions. And when you have an area that big, you can expect that there will be a wide diversity in soil composition, temperature variation and rainfall between each region. Some sub-AVAs may get up to 30 inches of rainfall per year, while other parts of the region are lucky if they see 10 inches of rain per year. The soils run the gamut from loam and alluvial compositions to limestone and calcareous bedrock. Wide swings in temperatures and maritime influences also differ widely throughout the AVA.

With all of that diversity, grape-growers can plant — and have planted — a lot of different varietals.

Back in the early days of the AVA, Paso was known as the land of zinfandel. Then the Rhone varietals — think Syrah, Mourvedre, Roussanne, Marsanne and Viognier to name a few — took root.

But the “Rhone Zone” soon made room for the king of Napa: cabernet sauvignon.

Currently, it is estimated that 39% of the total vineyard acreage in Paso is planted with cabernet sauvignon. It turns out that variety is not only the spice of life, but also the spice of wine.

Tablas Creek Vineyard is the result of a decadeslong friendship between the Perrin family of Château de Beaucastel and Robert Haas, longtime importer and founder of Vineyard Brands. The families created a partnership in 1985, and in 1989, purchased a 120-acre property in the hilly Las Tablas district of west Paso Robles for its similarities to Châteauneuf du Pape: calcareous soils, a favorable climate, 20-plus inches of annual rainfall and rugged terrain.

Then the hard part … the Perrin/Haas duo decided to actually import vine cuttings from the Chateauneuf du Pape region of France to propagate their vineyard rather than use the available domestic cuttings.

Between the federally mandated three-year quarantine period and the time it takes to graft and grow fruit, their first viable vintage did not arrive until 1997. But the wines were well worth the wait.

Today, Jason Haas is heading up the operation at Tablas Creek Vineyards, including a robust on-site nursery program dedicated to the Rhone grape variety cuttings originally imported by the previous generation. They include Grenache, Syrah, Counoise and Mourvedre, along with an additional 11 other grapes not often found inside or outside of France. Most, if not all, of these grapes find their way into the wide range of wines offered at Tablas Creek Vineyards.

The 2019 Tablas Creek Vineyard Patelin de Tablas Blanc is a blend of five white Rhône varietals — Grenache Blanc, Roussanne, Viognier, Marsanne and Clairette Blanche — and aged in stainless steel tanks. The wine incorporates fruit from six top vineyard sites in Paso Robles, each vineyard selected for its quality. Like many white wines from the southern Rhône, it is based on the crisp acids and rich mouthfeel of Grenache Blanc, with Viognier for floral, tropical aromatics and rich texture, Roussanne and Marsanne for structure and spice, and a small addition of Clairette Blanche for freshness and minerality. $25

The Tablas Creek Vineyard 2018 Esprit de Tablas Rouge is their flagship red blend, chosen from the best lots of four estate-grown varietals propagated from budwood cuttings from the Château de Beaucastel estate. The Rhone variety red blend is based on the dark red fruit, earth, spice and mid-palate richness of Mourvèdre, with additions of Grenache for forward fruit, approachability and lushness, Syrah for mineral, aromatics, and back-palate tannins, and Counoise for brambly spice and acidity. $60

Get breaking news and daily headlines delivered to your email inbox by signing up here.

© 2021 WTOP. All Rights Reserved. This website is not intended for users located within the European Economic Area.

Home Videos The WORLD of WINE – Wine News. Cheap wine, tasting notes and cooking with wine The World of Wine – May 2021 … END_OF_DOCUMENT_TOKEN_TO_BE_REPLACED

How to visit Napa Valley on a Budget. In this video Carson and I explain a few ways to enjoy Napa on the cheap. Tip and advice about how to visit Napa … END_OF_DOCUMENT_TOKEN_TO_BE_REPLACED

Home Videos Get To Know Argentina Wine | Wine Folly If you love Malbec, Argentina is your ultimate wine region. But that’s not … END_OF_DOCUMENT_TOKEN_TO_BE_REPLACED