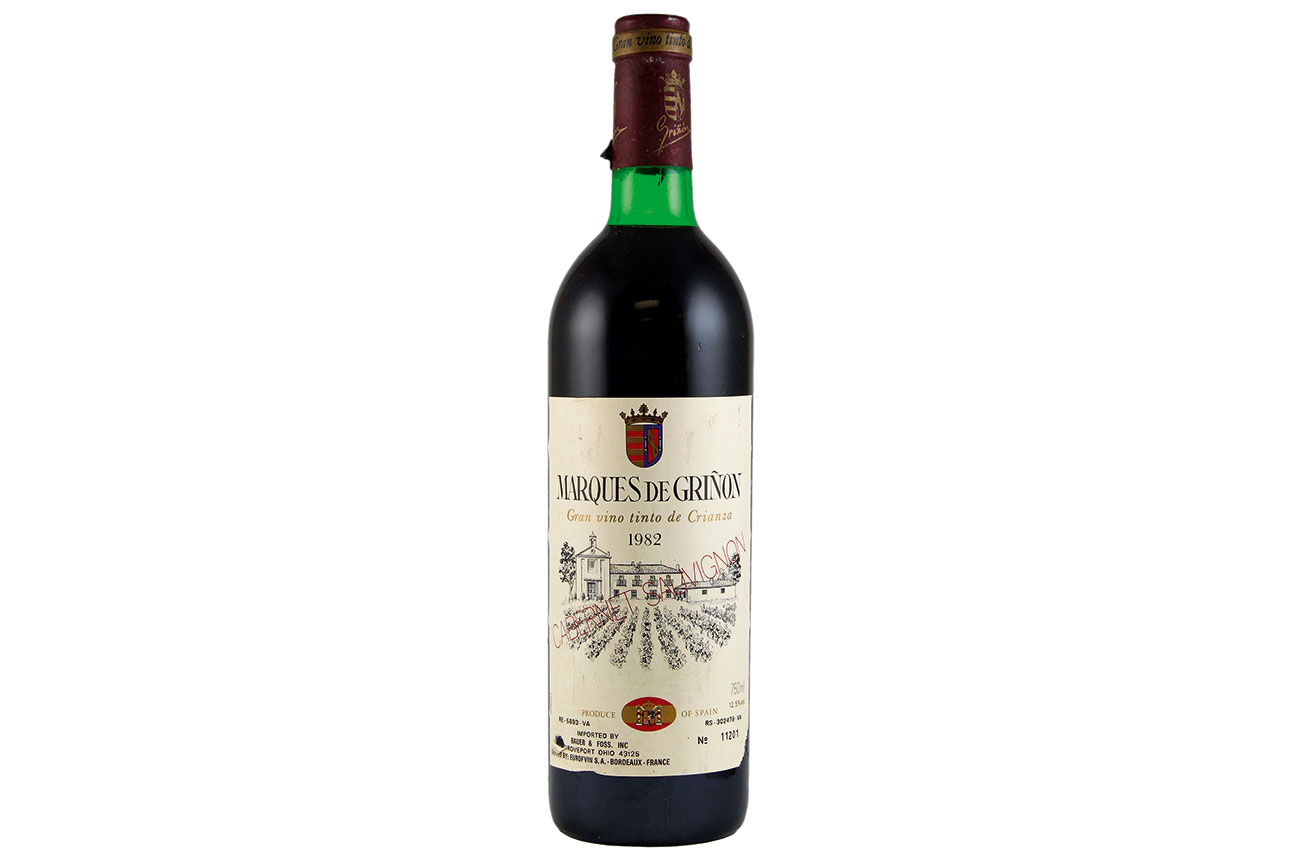 When this wine was launched on international markets in the mid-1980s, it caused a sensation. This was not just because of its quality but because wine lovers were not accustomed to tasting high-quality Cabernet Sauvignons from Spain. Moreover, this was the first vintage of this wine. True, the Torres Black Label wine already had a high reputation, but it came from Penedès in Catalonia.

Carlos Falcó, the Marqués de Griñón, established his estate further south, in central Spain, in the town of Malpica de Tajo in the Toledo province of Castilla-La Mancha, which was hardly known as a centre for fine wine. This single estate, the Dominio de Valdepusa, would become the first recognised ‘pago’, paving the way for the Grandes Pagos group of high-quality private wine estates which Falcó helped to establish 20 years later in 2003.

Carlos Falcó was already established as a gastronomic expert, with an enviable appetite and a determination to demonstrate the full potential of Spanish viticulture. At his own estate in La Mancha he was a pioneer of drip irrigation, which he had seen installed at Israeli orange groves in the early 1980s. He also employed the great Bordelais oenologist Professor Emile Peynaud as his consultant for this wine and for subsequent vintages until 1991, when Michel Rolland took his place. He never rested on his laurels, and in the early 1990s hired Australian viticulturist Richard Smart to advise on canopy management and irrigation controls. Moreover, he was keen to share his knowledge of advances in grape- farming with other growers and estates.

1982 was a classic year across Spain. A dry, mild spring continued into a hot and dry summer with some drought stress that reduced yields. Red wines from top estates were structured and long-lived. The terroir Cabernet Sauvignon was first planted at Valdepusa in 1974 on 14ha, and those vines were the source of this wine. The soil is clay over fractured limestone with good drainage. Falcó took advice not only from Richard Smart but from the distinguished viticultural consultants Claude and Lydia Bourguignon. Irrigation proved beneficial as this is a dry site, with an average annual rainfall of 450mm. Although the district receives 3,000 hours of sunshine per year, nights are cold and the overall climate continental, and the vineyard lies at an elevation of 490m.

Ageing took place in French barriques for a period of 26 months, presumably with traditional racking. The final blend was assembled under the supervision of both Emile Peynaud and Alexis Lichine.

Perhaps due to the fact that Spanish still wines, other than Rioja and Vega Sicilia, were very much under the radar in the 1980s, there was an absence of reviews when the Marqués de Griñón 1982 was launched. However, this author tasted the wine at a now defunct wine shop in Clerkenwell and bought a case. In 1986, I recorded: ‘Splendid deep red. Sweet blackcurrant nose, with some classy oak and considerable intensity. Excellent fruit but not yet knit, and its austerity still warring with the minty fruit. New World in style but with good depth. Medium weight and perhaps lacks some grip, but quite long, with a firm finish.’

Tasted again in 1992, it remained ‘deep in colour, with some maturity. Sweet and smoky on the nose, with elegant damson fruit. Soft but concentrated, this is now ready to drink, and the prominent oak gives an austere, slightly woody structure with a touch of astringency. But spicy and long, with a ripe finish.’ Sadly it will be in decline now, even if you could find a bottle. Mine have long gone.

Home Videos The WORLD of WINE – Wine News. Cheap wine, tasting notes and cooking with wine The World of Wine – May 2021 … END_OF_DOCUMENT_TOKEN_TO_BE_REPLACED

How to visit Napa Valley on a Budget. In this video Carson and I explain a few ways to enjoy Napa on the cheap. Tip and advice about how to visit Napa … END_OF_DOCUMENT_TOKEN_TO_BE_REPLACED

Home Videos Get To Know Argentina Wine | Wine Folly If you love Malbec, Argentina is your ultimate wine region. But that’s not … END_OF_DOCUMENT_TOKEN_TO_BE_REPLACED