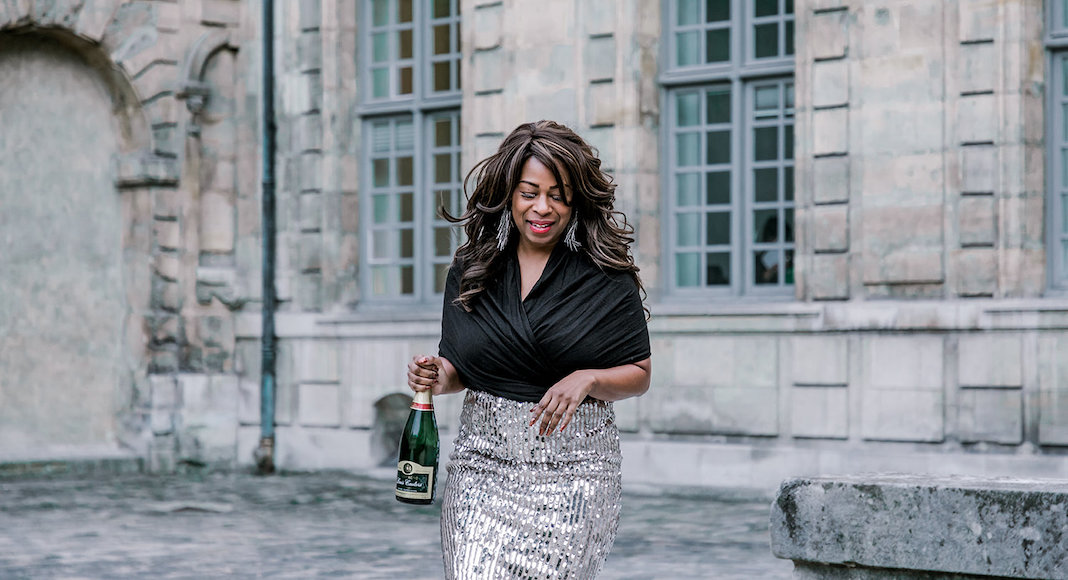 “There are a lot of people who don’t think wine is for them, and I think it has to do with race, class, social standing, finances,” explains Tanisha Townsend, the owner of Paris-based wine company Girl Meets Glass. “When they look at wine and the wine industry, they see older white men… but that’s not all that’s in the industry.”

The Chicago native started out in the IT industry, and began going to wine festivals while she was attending grad school in Washington, D.C. (Among them, Maryland’s Wine in the Woods.) She signed up for a WSET course and began working with a local wine company before being asked to teach a course at CMH in Paris. After moving to Paris six years ago, she started attracting attention online through blogs, YouTube, and social media, and decided to start Girl Meets Glass, which offers wine tours, tastings, and private events. Though she has had to switch over to virtual events during quarantine, she goes to great lengths to ensure that her guests get exactly what they need, by reaching out directly to their local wine stores or telling them where to order bottles online.

“But I don’t know anything about wine” 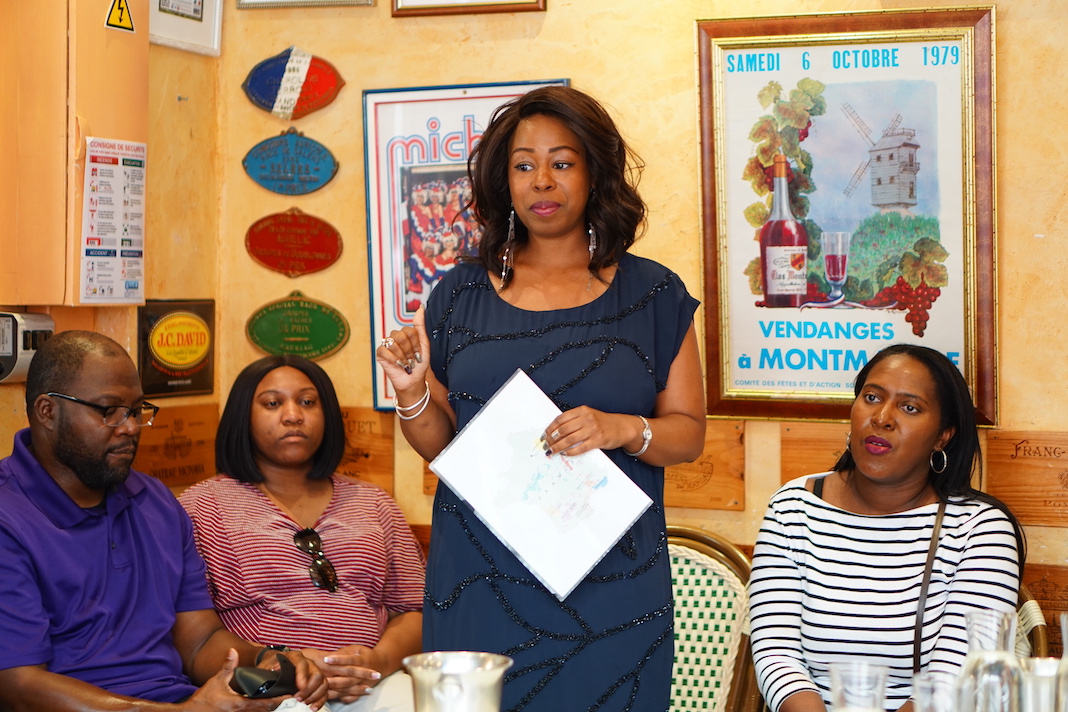 The company, which caters to Americans and Anglophones in France, puts a snob-free premium on education and enjoyment of wine. Many people, “feel that they need to know a lot about wine in order to drink it,” Tanisha says, or that they have to justify their wine choices, or admit that they don’t know what they’re doing. “You don’t have to explain it. Because when people are drinking a rum and coke, nobody’s explaining it. ‘Oh, I don’t know that much about rum or coca cola.’” She urges people to feel free to try different things and find out what they like without being afraid of judgment. “There is a bit of a learning curve in figuring out what grapes, what regions, what countries, and which wines you would enjoy. Because everyone isn’t gonna like everything.”

Tanisha is fond of disproving common myths about wine, like the one that says the more expensive the bottle, the better it should taste to you. She points out that, while she might steer clear of certain mass-marketed budget wines, there are plenty of lesser-known, more affordable wines from smaller vineyards that provide decent quality at a more reasonable price… if you’re willing to seek them out.

You don’t have to be old and rich to enjoy wine, either. Millennials are drinking more wine than their older counterparts, as those with more disposable income consider it part of the “experience economy,” rather than just a quick way to get drunk. 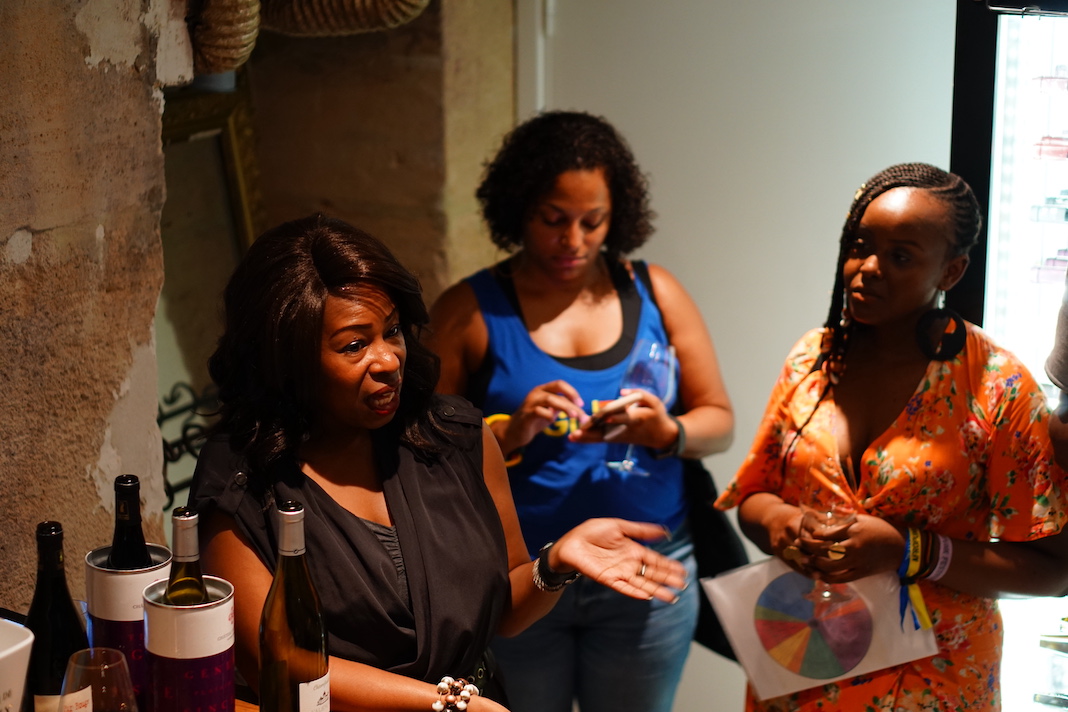 Tanisha wasn’t always as confident as she is now about her role as wine guru for the savvy international crowd. She describes feeling hesitant when she first began attending trade events. “When I would walk into a room, and there would literally be no one else that looked like me, I would play small… I wouldn’t be my normal self.” She talks about being stereotyped and having people assume that because “black people don’t drink wine,” or, “only drink sweet wine,” that she couldn’t be a wine professional. She even modified her accent to try and get the best reaction possible. “I try not to sound too French. I have to add in that little Americanness, or just straight up speak English. Because being an American is over me being black or me being a woman… because they want part of the American market.”

But as her connections, knowledge, and confidence expanded, she realized that her differences could be what set her apart from the competition, and that she didn’t have to explain herself to anyone. “I know what I’m talking about, I deserve to be here, I got the invite.”

Tanisha dedicated herself to sharing both wine knowledge and support of BIPOC wine industry professionals in her podcast, Wine School Dropout. The first season, with only 8 episodes at about 10 minutes each, is a fun, bite-sized, and extremely helpful guide to ordering and purchasing wine. She spills secrets on everything from why you shouldn’t order the second-cheapest wine on the menu, to the significance of Chianti in The Silence of the Lambs. And reminds us, of course, that “Wine is for all.”

Season 2 of Wine School Dropout will be released sometime in February, and will focus on interviews with people of color in the wine industry, all of whom have some form of international connection. “I wanted to do something to highlight different people, different aspects of [the wine] business, but then also people of color.” Some of her recs to check out while we wait on season 2? Tuanni Price of Zuri Wine Tasting, and Bâtonnage Forum, which offers mentorship and community for women in the wine industry.

What is Tanisha drinking?

The glass this girl meets with some frequency is one of Grenache, either from Spain or the Southern Rhône and Languedoc regions of France, a spicy, full-bodied, expressive red grape that pairs well with red meat, sausage, and charcuterie.

Home Videos The WORLD of WINE – Wine News. Cheap wine, tasting notes and cooking with wine The World of Wine – May 2021 … END_OF_DOCUMENT_TOKEN_TO_BE_REPLACED

How to visit Napa Valley on a Budget. In this video Carson and I explain a few ways to enjoy Napa on the cheap. Tip and advice about how to visit Napa … END_OF_DOCUMENT_TOKEN_TO_BE_REPLACED

Home Videos Get To Know Argentina Wine | Wine Folly If you love Malbec, Argentina is your ultimate wine region. But that’s not … END_OF_DOCUMENT_TOKEN_TO_BE_REPLACED