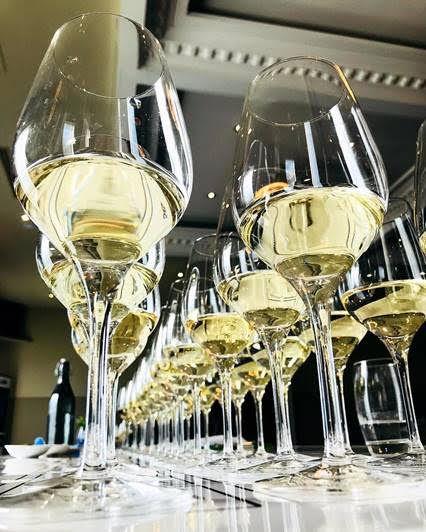 The most important story in the world of wine in 2020 was, of course, the pandemic. COVID-19 affected every aspect of the industry. It shut down tasting rooms, almost eliminated sales demand from restaurants and bars, and forced changes in how winery and vineyard staff work. Countless tasting events were canceled.

One of the hottest summers on record brought one of the worst wildfire years on record — first in Australia and then on America’s West Coast, especially Oregon and Northern California. Several wineries were damaged, some were destroyed and vineyard workers were threatened. “Smoke taint” in vineyards has meant many wineries will not produce some of their wines from 2020.

As global temperatures continue to rise, growers are looking to higher altitudes to replace existing vineyards. Studies predict some wine regions will become incapable of the same quality within 30 years. In response, more wineries are adopting practices to reduce their carbon footprint.

The debate over alcohol’s place in a healthy diet ratcheted up as a government advisory panel recommended the U.S. reduce the guidelines for men from no more than two glasses of alcohol a day to one. After a firestorm of opposition from those in the industry, the USDA’s new dietary guidelines retained the existing definition of moderate alcohol consumption. The debate will continue though, as will the debate over wine labeling, even as a majority of consumers support putting ingredient and nutritional information on bottles.

If there wasn’t enough disruption already, the U.S. dramatically increased tariffs with the European Union (notably French, German and Spanish nonsparkling wines) in 2019 and expanded tariffs in 2020, causing imports to the U.S. to drop considerably.

The wine world also was not isolated from the social movements of the year, which brought increased attention to the lack of diversity and revelations of sexual harassment and assault in the hospitality industry. It’s too soon to tell, but there have been encouraging signs the wine trade, restaurants and bars are beginning to take a serious look at racism and sexism within their own ranks.

What’s clear to many is that will be no return to normal; maybe a new normal or several new normals. We just have to persevere.

Home Videos The WORLD of WINE – Wine News. Cheap wine, tasting notes and cooking with wine The World of Wine – May 2021 … END_OF_DOCUMENT_TOKEN_TO_BE_REPLACED

How to visit Napa Valley on a Budget. In this video Carson and I explain a few ways to enjoy Napa on the cheap. Tip and advice about how to visit Napa … END_OF_DOCUMENT_TOKEN_TO_BE_REPLACED

Home Videos Get To Know Argentina Wine | Wine Folly If you love Malbec, Argentina is your ultimate wine region. But that’s not … END_OF_DOCUMENT_TOKEN_TO_BE_REPLACED