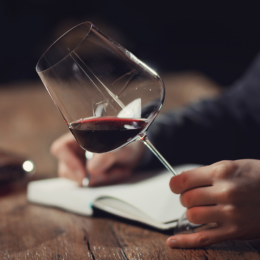 Napa and Sonoma offer a perfect spot for pinots and chards

Napa and Sonoma counties, known for producing some of our nation’s greatest wines, have been described as having a Mediterranean climate. While the valley floor of Napa and Courthouse Square in Santa Rosa can reach summer temperatures well into the 90s, the two counties have several cooler microclimates produced by air movement over the diverse terrain.

These counties lie north of San Francisco and San Pablo Bay. Combined they are about 50 miles long and almost 50 miles wide and are bordered on the east by the Vaca and Howell mountains, and on the west by the Pacific Ocean. The Mayacamas Mountains, a range that is more than 50 miles long, running from just north of the San Pablo Bay to Mendocino County, separates Napa and Sonoma counties with slopes that vary from hilly knolls to peaks that can climb to well over 4,000 feet. These mountain ranges and their lower, stepped hills, referred to as “benches,” augment the climate of the two counties, contributing to several microclimates throughout the area.

San Pablo Bay is a shallow estuary that mixes the fresh water of several rivers with the salt water of San Francisco Bay. This low-lying and gently sloping land shared by these two counties is known as the Los Carneros AVA (American Viticultural Area). The cold, brackish water of the bay evaporates into the hot, arid air of the two valleys to the north to produce cool foggy nights that can last well into the morning hours.

This climate is ideal for growing chardonnay and pinot noir grapes, varietals grown in the Champagne regions of France for the production of Champagne. The cooler climate of Carneros is attractive to the cultivation of these same varietals and is used in the production of California sparkling wines. With more than 6,000 acres cultivated in vineyards, the Carneros District was the first wine region in California to be defined by its climate characteristics rather than political boundaries. Elevations of these vineyards range from 400 feet in the foothills of the Mayacamas mountains to near sea level at the bay’s edge. With the combination of poor soil and cooler climates, the wines developed from grapes grown in this region have higher levels of acidity.

Our first wine is a chardonnay, Bouchaine Vineyard 2016 Chêne d’Argent Estate Chardonnay (originally priced at $32.99, reduced to $16.99 at the New Hampshire Liquor & Wine Outlets). Bouchaine is the oldest continuously operated winery in the Carneros district. The land was first owned by a native of Missouri, Boon Fly, who planted grapes and fruit trees in the late 1880’s. The land changed hands and was eventually purchased by its current owners, Gerret and Tatiana Copeland. This wine has a light, transparent gold color. The nose is light, with notes of citric and green apple along with a bit of smokiness. To the tongue the taste is full, citric, with a bit of grapefruit, yeasty brioche, and that same smoky sense, derived from some time in oak barrels. The finish is quite long. This wine will pair well with roasted chicken or grilled pork or can just be slowly sipped.

In the northern region of Sonoma County, 50 miles from San Pablo Bay, is Anderson Valley. About 15 miles long and running along the banks of the Russian River, it extends into Mendocino County. Elevations can range to 2,500 feet above sea level. Vineyards are planted from the valley floor to the benchlands of the nearby mountains. While we typically think of Napa and Sonoma counties as having hot summers, this area is different. Owing to its proximity to the Pacific, and flanked to the east by the Mayacamas Mountains, it is one of the coolest wine-producing areas of the state. Receiving about 40 inches of rain each year, it is also one of the wettest of the various grape-growing and wine-producing regions of Sonoma County.

The 2019 V. Sattui Anderson Valley Classico Pinot Noir (originally priced at $48.99, reduced to $23.99 at the New Hampshire Liquor & Wine Outlets) is a classic Burgundian pinot noir. V. Sattui, based in Napa, purchases these Anderson Valley grapes and trucks them to its winery in St. Helena — a common practice among wineries in Napa and Sonoma counties. The color is an almost transparent garnet red; the nose is of raspberries, which recede on the tongue to a dry and full-mouth sense of pepper spice with just a touch of leather. Given the cool climate, the wine is light with a low alcohol content at 13.8 percent. This wine will pair well with seafood or chicken.

Author: Fred Matuszewski
Fred Matuszewski is a local architect and a foodie and wine geek, interested in the cultivation of the multiple strains and varieties of grapes and the industry of wine production and sales. Chief among his travels is an annual trip to the wine producing areas of California.

Home Videos The WORLD of WINE – Wine News. Cheap wine, tasting notes and cooking with wine The World of Wine – May 2021 … END_OF_DOCUMENT_TOKEN_TO_BE_REPLACED

How to visit Napa Valley on a Budget. In this video Carson and I explain a few ways to enjoy Napa on the cheap. Tip and advice about how to visit Napa … END_OF_DOCUMENT_TOKEN_TO_BE_REPLACED

Home Videos Get To Know Argentina Wine | Wine Folly If you love Malbec, Argentina is your ultimate wine region. But that’s not … END_OF_DOCUMENT_TOKEN_TO_BE_REPLACED