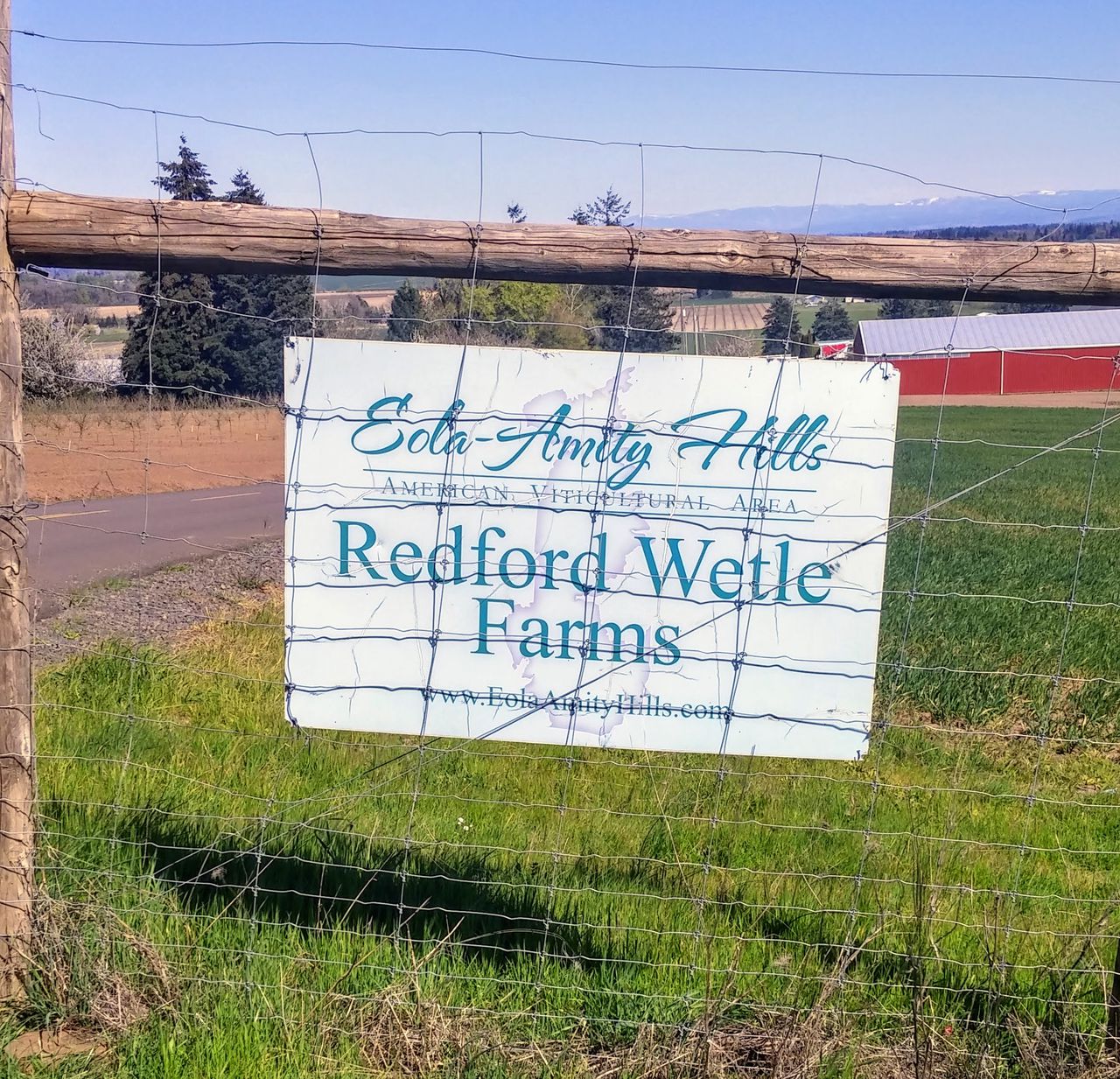 Redford recently announced the sale of 10 acres of the Redford Wetle Farms property he owns with his wife and partner Vikki Wetle. The deal with Michael Baryla of Livermore, California, includes a 7.3 acre organically certified vineyard planted by Redford and Wetle in 2006. The vineyard property on S.E. Eola Hills Road was listed at $549,000 by Oregon Vineyard Property in Dundee.

Redford founded Amity Vineyards by purchasing an existing pinot noir and riesling vineyard near Amity in 1974. He was joined by Wetle in 1980.

Redford is part of the original group of Willamette Valley pioneers who used their sweat and dreams to make world-class pinot noir. Redford was an active participant in the groundbreaking work done by the Oregon Wine Advisory Board and the Oregon Winegrowers Association. Wetle served on the founding board of the International Pinot Noir Celebration.

“People were skeptical when I started with gamay noir, but now look, it is one of the most ‘in demand’ grapes in the valley,” Redford said.

Amity Vineyards was sold to Tualatin’s Union Wine Company in 2014.

The Redford Wetle Farms Vineyard is part of a larger property the couple has owned for 34 years. While Redford says he has “fallen out of love” with making wine and growing grapes, he enjoys tending to the orchard on the part of the property he and Wetle retain. Redford and Wetle will continue to work their olive, plum, peach and pear trees while living on the farm.

Jared Etzel, the winemaker and founding partner at Domaine Roy & fils, Dundee, will farm the vineyard and make wine for Baryla’s yet-to-be-named label. Baryla’s wines will be made at the new Sequitur winery facility owned by Jared’s father and Beaux Frères co-founder, Michael Etzel.

Baryla was introduced to Jared Etzel by Kenny Koda, a prominent California sommelier. While Etzel wasn’t looking to take on any new projects, Baryla says they hit it off, and Etzel agreed to start looking for a vineyard.

“I haven’t visited the vineyard yet, but if my winemaker is happy, I’m happy,” Baryla said in a telephone interview.

Both Baryla and Etzel agree that the name of the vineyard should not be changed. “It is a tribute to one of Oregon’s great pioneers,” Baryla said.

Baryla is the co-owner of Olmar Supply, a steel stud manufacturer based in Livermore, California. He recently opened CAWine Time, an internet wine store.

Although he only became seriously interested in wine about seven years ago, Baryla jumped in with both feet.

“I’m kind of a nerd, so when I’m interested in something, I go all out. I entered the Court of Master Sommeliers program just to learn more about wine,” Baryla said.

Baryla’s dream of owning a vineyard meant getting out of his own backyard.

“Napa was tempting, but it is a tough place to buy vineyard property. Oregon has just the right level of prestige to value. I think it is a great place to invest in right now,” Baryla said.

Etzel is eager to work with Baryla’s vineyard, citing its eastern exposure, organic farming history and the presence of grape varieties he usually doesn’t get to work with. “It has pinot noir, but it also has gamay noir, sauvignon blanc and albarino. Myron was always ahead of his time. He didn’t follow any rule books, and if he decided to plant something, he didn’t care what anyone else thought,” Etzel said.

In addition to the vineyard, the deal gives Baryla approximately two more acres to work with. Etzel says his money is on Baryla deciding to add a grape variety with a bit of Italian flair, like Tocai Friulano.

That would be appropriate given the Italian plum trees dotting the extra two acres. “I can’t see myself taking those old trees out, so I will try to interplant. Who knows, maybe I will use the plums to make a little Slivovitz,” Etzel said.

Whatever Baryla and Etzel decide to plant, Redford and Wetle will watch from their deck with its magnificent view of the grapevines they farmed with sweat and dreams.

Home Videos The WORLD of WINE – Wine News. Cheap wine, tasting notes and cooking with wine The World of Wine – May 2021 … END_OF_DOCUMENT_TOKEN_TO_BE_REPLACED

How to visit Napa Valley on a Budget. In this video Carson and I explain a few ways to enjoy Napa on the cheap. Tip and advice about how to visit Napa … END_OF_DOCUMENT_TOKEN_TO_BE_REPLACED

Home Videos Get To Know Argentina Wine | Wine Folly If you love Malbec, Argentina is your ultimate wine region. But that’s not … END_OF_DOCUMENT_TOKEN_TO_BE_REPLACED