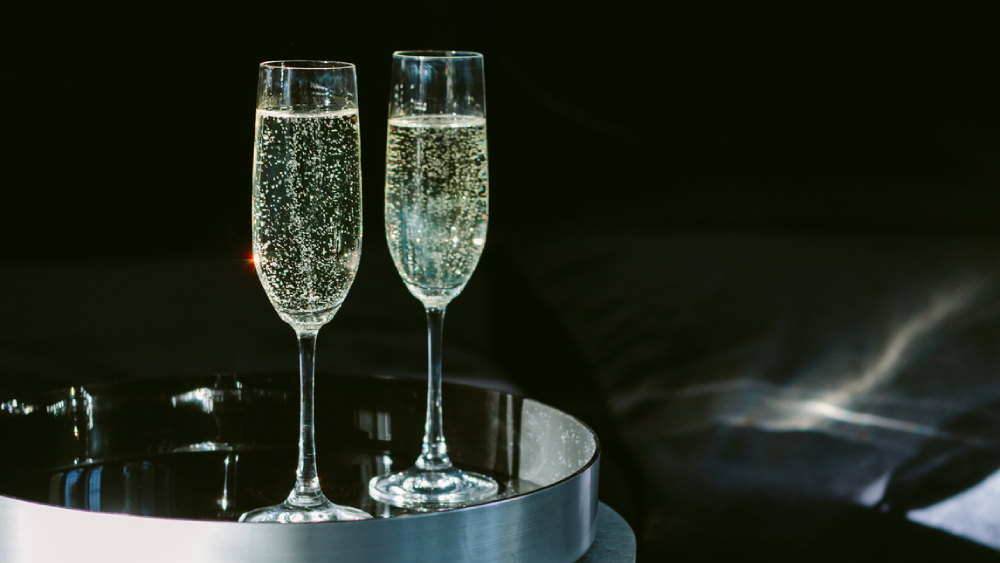 While Valentine’s Day is always an excuse to break out the sparkling, a vintage Champagne shows you really care. While non-vintage (a.k.a. NV) Champagne is made to showcase a consistent house style, vintage is produced in much smaller quantities than regular bottles (less than 10 percent of grapes grown in a given year are destined to become vintage bubbly) using grapes from a single harvest instead of a multiyear blend. Aged for several years in the bottle in constant contact with the lees, it also offers more complexity in taste and texture. Vintage Champagne is, simply put, the highest expression of the chef de cave’s craft.

It’s also produced only in exceptional years. Depending on the house, current bottlings on the market date back to 2006, 2007 or 2008—which, happily, means a number of excellent wines are ready to drink now. Try Champagne Delamotte’s Blanc de Blancs 2012, made with 100 percent Chardonnay from Côtes de Blancs Grand Cru vineyards. Luscious on the palate, it exhibits bright citrus notes and a razor-sharp minerality. A neighboring bubbly, Champagne André Jacquart’s Extra Brut Zéro Dosage Blanc de Blancs 2011 is also from Grand Cru vineyards, with barrel fermentation adding toasty notes and a persistent finish to flavors of apple and lemon. Another Blanc de Blancs worth seeking is Charles Heidsieck Blanc des Millénaires 2006, where bold citrus and buttered toast notes complement a rich and silky texture; from the same year, Rare Champagne Millésime 2006’s gorgeous bottle—the metal ‘label’ is an actual tiara—is filled with ripe fruit flavors bolstered by notes of brioche and marzipan.

Unlike Bordeaux or Burgundy, where entire vintages are generally released at once, vintage Champagnes are released on a house-by-house basis. Multiple styles from the same year may be released simultaneously—say, a rosé alongside a Blanc de Blancs—and an older vintage can hit the market concurrently with a more recent bottling. Champagne Boizel, for example, has released a limited amount of its surprisingly youthful Collection Trésor 1985, with dynamic fruit and spice flavors and a creamy texture, and also its Grand Vintage 2008, featuring ripe pear notes and brilliant acidity. 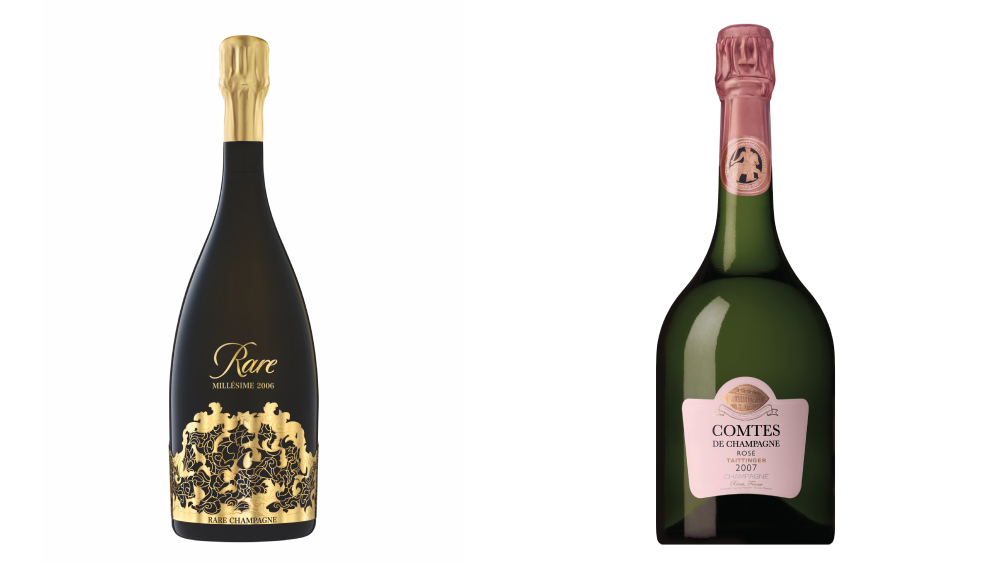 Fancy a rosé? Louis Roederer Cristal has made a pair of vintages available: the intensely citrusy, powerfully finishing 2008 and the 2012, which features elegant fruit notes and sultry tannins. Or try Taittinger Comtes de Champagne Grands Crus Rosé 2007, with its concentrated palate of strawberry and plum and a long, zesty finish. Its twin, Taittinger Comtes de Champagne Grand Crus Blanc de Blancs 2007, is tangy on entry, giving way to lemon flavors and a fun closing note of salted popcorn—a fitting accompaniment to V-Day sweets.

Home Videos The WORLD of WINE – Wine News. Cheap wine, tasting notes and cooking with wine The World of Wine – May 2021 … END_OF_DOCUMENT_TOKEN_TO_BE_REPLACED

How to visit Napa Valley on a Budget. In this video Carson and I explain a few ways to enjoy Napa on the cheap. Tip and advice about how to visit Napa … END_OF_DOCUMENT_TOKEN_TO_BE_REPLACED

Home Videos Get To Know Argentina Wine | Wine Folly If you love Malbec, Argentina is your ultimate wine region. But that’s not … END_OF_DOCUMENT_TOKEN_TO_BE_REPLACED