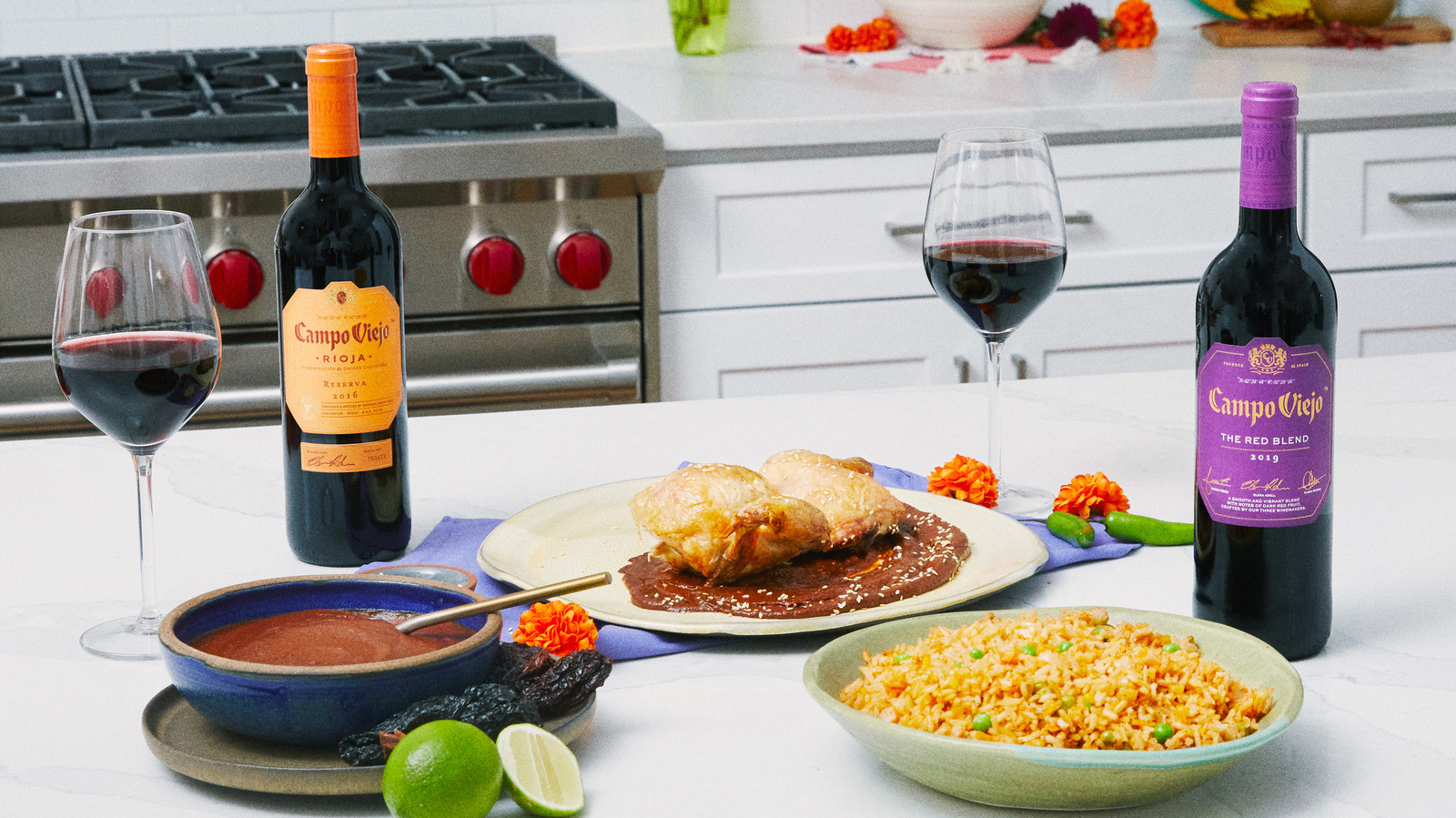 Whether the rest of us know it or not, wine is already a big deal in Mexico, as Rick Martinez explained. “I don’t think Americans really think to pair Mexican food with wine,” Martinez said, “There are a lot of vineyards in this country. Wine is a part of the Mexican table, and I feel like a wine [with] robust flavors does actually pair very well with a dish that has so many ingredients and so many strong flavors like a mole.”

But just as with wines from other regions, it’s easy to get wine pairing wrong with Mexican cuisine, Martinez cautioned. “Speaking specifically of the [a wine like] a Tempranillo and Reservas, I don’t think that those are wines that are necessarily going to go with something like a poached fish or a poached chicken or something that’s very, very neutral,” the chef said, adding: “I think you do want something that’s very bold to go with [wines like that], that’s going to stand up to it, because it could possibly dominate your food. And I think that putting those two things together, you’re going to pull out so much of the sweetness out of the mole, so much of the spices that are within the mole, even some of the toasty flavors from the toasted nuts and seeds come out with that, with something like a Reserva that is aged and you pick up some of the notes from the barrel.”

Keep an eye out for Rick Martinez’s upcoming cookbook “Mi Cocina,” follow him on Instagram for cooking tips and recipes, and check out his partnership with Campo Viejo.

Home Videos The WORLD of WINE – Wine News. Cheap wine, tasting notes and cooking with wine The World of Wine – May 2021 … END_OF_DOCUMENT_TOKEN_TO_BE_REPLACED

How to visit Napa Valley on a Budget. In this video Carson and I explain a few ways to enjoy Napa on the cheap. Tip and advice about how to visit Napa … END_OF_DOCUMENT_TOKEN_TO_BE_REPLACED

Home Videos Get To Know Argentina Wine | Wine Folly If you love Malbec, Argentina is your ultimate wine region. But that’s not … END_OF_DOCUMENT_TOKEN_TO_BE_REPLACED