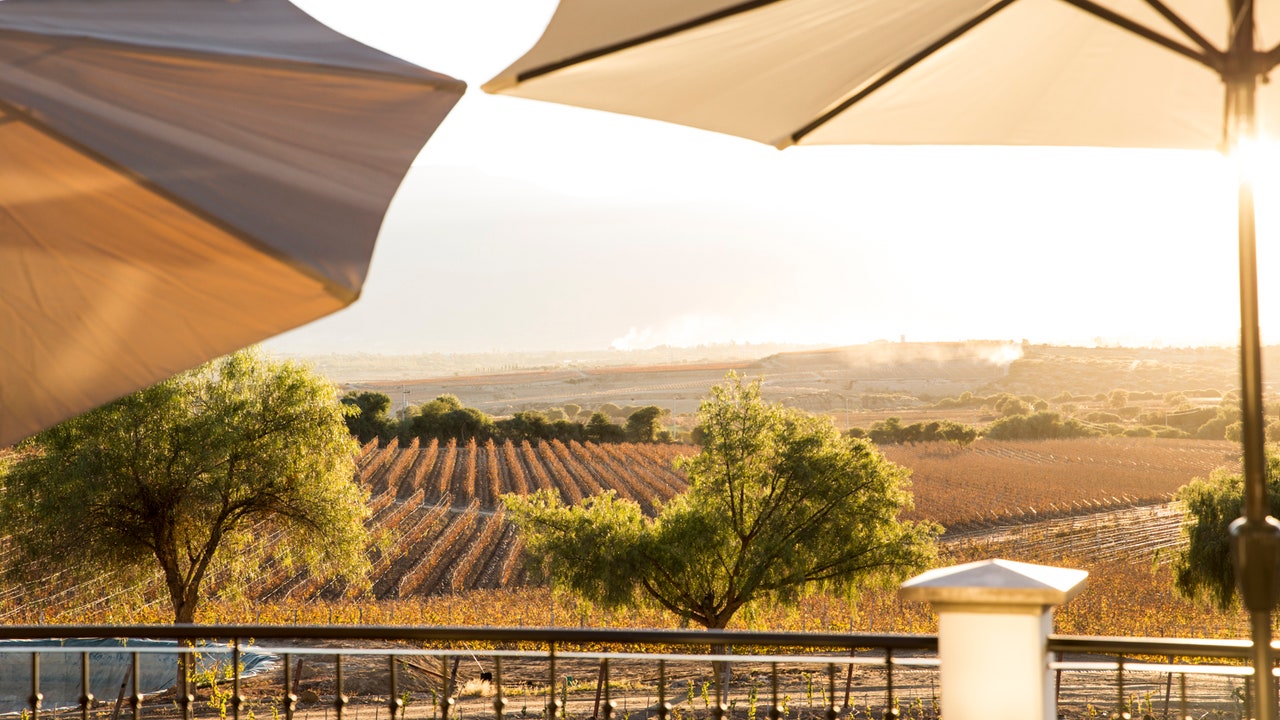 In 2013, Montevideo, Uruguay hosted a blind wine-tasting contest. Tasters sampled tannat wines, made with a grape originating (but not universally beloved) in France, that is now a prized export of Uruguay. The surprise winner: a Bolivian wine.

It was Bolivia’s first-ever grand gold medal, and, to hear Ramon Escobar, the Bolivian American co-founder of Chufly Imports, known for Bolivian wine and spirits, tell it, unbelievable to the judges. “It was such a shocker,” Escobar says, “that they would not award the medal to the Bolivian winery until they went [there] themselves and verified it was actually made in Bolivia.” But when all was said and done, the wine—a 2012 Juan Cruz from Bolivia’s Aranjuez vineyard—received its commendation. That moment, he believes, was when Bolivian wine started to receive the recognition it deserves, at home and abroad. The accolades and international attention have snowballed since.

“There’s a growing appreciation in Bolivia for Bolivian wine, and the fact that it is high quality and that [Bolivians] should take pride in it,” says Escobar. “Like a lot of developing countries, it’s a sad reality that people do not associate quality with their own domestic stuff—they aspire to import European or foreign brands—and I think that’s slowly starting to turn a corner in Bolivia [with wine].”

Singani, the country’s national spirit, continues to be much more widely consumed, exported, and integrated into daily life, but seeing locally-made wines on tables outside the country’s wine regions is a shift Escobar has noticed. You’ll find an entirely local wine list at Gustu, La Paz’s must-visit restaurant from Noma co-founder Claus Meyer (part of its mission to serve only nationally-produced items); and before the pandemic, Chufly imported Bolivian wines for nine Michelin starred restaurants in the United States.

Getting the word out is no small feat, either, coming from a continent already known for some of the world’s best vinos. Argentina and Chile have long been recognized for their Malbecs and Cabernet Sauvignons, respectively, with Uruguay sneaking up in recent years as an under-the-radar alternative to both for, you guessed it, tannat. But before the pandemic, more and more wine lovers were paying attention to Bolivia as a wine destination producing wines that taste like no others nearby.

Tannat is Bolivia’s best-known varietal. The high-altitude version is better balanced than the sometimes overtly robust lower altitude ones; Muscat of Alexandria, also used to produce singani, is elsewhere quite sweet. But those flavors balance out in the highlands and jungle of Bolivia, for wines that drink smoothly—with great settings worth traveling for, free of the crowds that fill better known wine regions (in non-pandemic times, that is).

“The three [Bolivian] wine regions are very distinct,” says Escobar. The Valley of Cinti, he describes, is “like having a vineyard in the Grand Canyon,” with estates dotting the river that weaves through it. In Tarija, the country’s main wine-producing region in the south with the bulk of vineyards, a collection of valleys within the larger area are known for a drier climate and resulting Mediterranean style of wine. Then, in the bohemian village of Samaipata, in the valley of Santa Cruz, travelers can find “the last spot you can grow grapes before you head into the Amazon,” he says. “It’s just stunning, because you can be picking grapes, drinking wine on a vineyard, and then a 20-minute drive later, you’re in a tropical rainforest, at a waterfall. You can’t do that in winemaking country anywhere else in the world.”

Chufly worked with El Camino Travel (who operates Conde Nast Traveler’s Women Who Travel trips) to put together a trip to Bolivia with stops in wine country, but the companies had to cancel the journey last year due to the pandemic. Chufly’s efforts to promote Bolivian wine haven’t stopped, though.

Last month, the company began selling its imported Bolivian wines to consumers online, with shipping throughout the U.S. Travelers who might be hoping to visit the country’s vineyards can, for now, sample a range of wines from the vineyards they work with. On that list: Tannats and Cabernet Francs from Aranjuez, the winery that won that first gold medal; Muscat of Alexandria and Sangiovese, from female-owned and -run winery Magnus, in Tarija; plus, bottles of Syrah and Pedro Gimenez from 1750, a winery in the Amazon basin that produces less than 2,000 cases of wine a year (talk about boutique). Retailing for an average of $20-25, they’re also strikingly affordable.

Though Bolivia’s wine industry is much smaller than its neighbors—its wine regions total just one to two percent of Argentina’s—Escobar says the growing interest in Bolivian wine is culturally and economically significant. Ultimately, that’s why Escobar and his co-founder Tealye Long got into this business. They believe getting the world interested in Bolivia’s great wines has the potential to transform the lives of the Bolivians they work with—which feels especially helpful at a time when tourism dollars have disappeared, and alcohol sales are surging in the U.S.

“If one in four adult Americans drink a glass of Bolivian wine a year, we would lift 3000 people out of poverty in Bolivia,” says Escobar, referring to analyses his team has conducted. “If just two of every 1000 bottles of wine that was imported in the United States was from Bolivia, it would lift 1000 people out of poverty.” This isn’t charity, he adds. “These are beautiful wines crafted by incredible people who are working to bring a centuries-old tradition into the 21st century.”

Home Videos The WORLD of WINE – Wine News. Cheap wine, tasting notes and cooking with wine The World of Wine – May 2021 … END_OF_DOCUMENT_TOKEN_TO_BE_REPLACED

How to visit Napa Valley on a Budget. In this video Carson and I explain a few ways to enjoy Napa on the cheap. Tip and advice about how to visit Napa … END_OF_DOCUMENT_TOKEN_TO_BE_REPLACED

Home Videos Get To Know Argentina Wine | Wine Folly If you love Malbec, Argentina is your ultimate wine region. But that’s not … END_OF_DOCUMENT_TOKEN_TO_BE_REPLACED