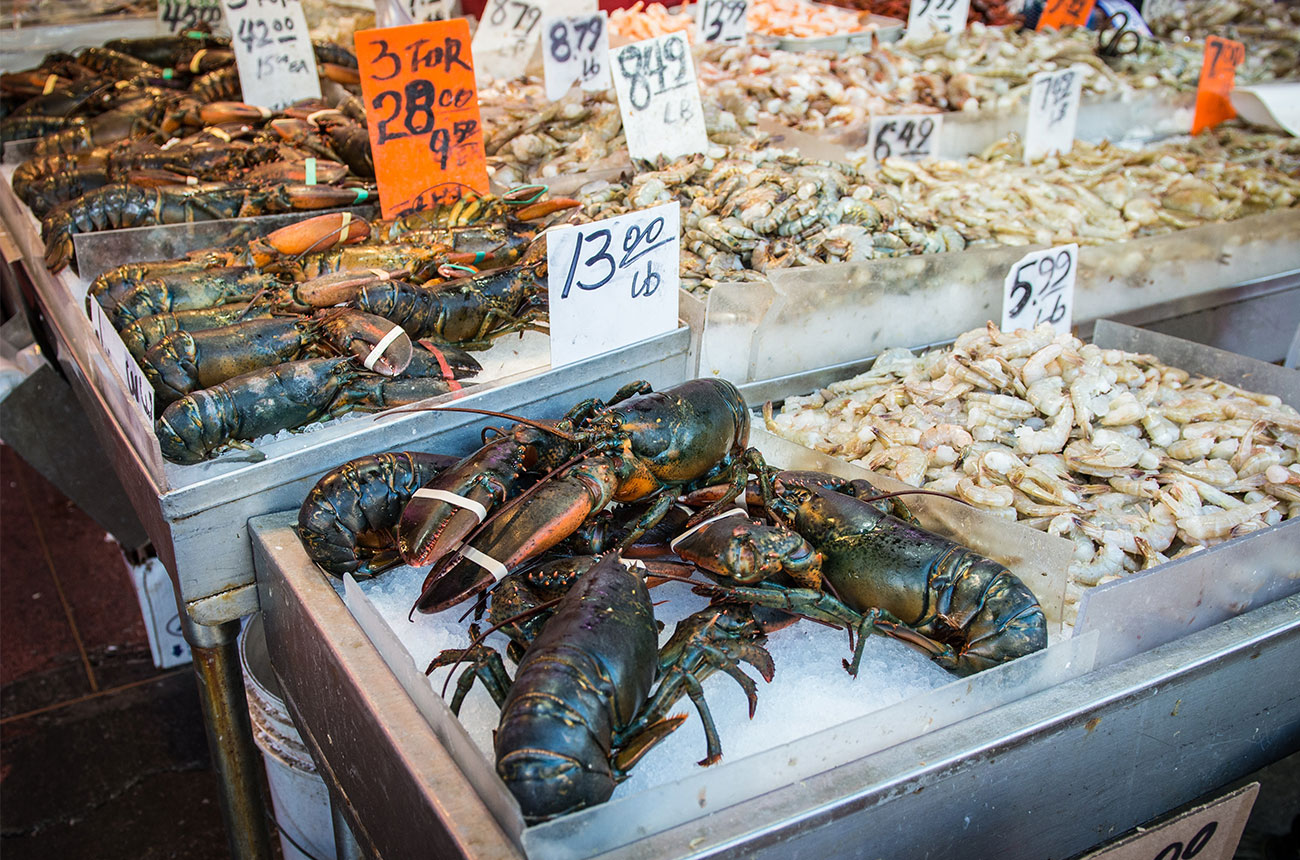 It is barely believable to think lobsters were called ‘cockroaches of the sea’. This once-humble food was re-shaped as a delicacy in the 20th Century, in a tale similar to that of oysters.

Freshness is unsurprisingly crucial when it comes to enjoying lobster, according to the chef Michel Roux Jr, who previously wrote on Decanter.com that ‘it is important you begin with a live lobster’ when preparing a meal.

When it comes to wine, lobster can be a complicated customer. Its meat is known for being relatively fleshy and slightly sweet, but lobster can also arrive on your plate in several guises, from thermidor to lobster rolls.

‘The best advice I can give is to pair a wine that won’t overshadow the flavour of the lobster,’ said Chris Gaither, sommelier and partner at Ungrafted wine bar in San Francisco, speaking to Decanter in 2019.

That means ‘no heavy, tannic reds, which could potentially create weird flavours from the combination with lobster’, he said.

‘One thing that stays a constant is to have wines with a ripe mid-palate of fruit to match the lobster’s sweet character,’ said Kelvin McCabe, group head sommelier for chef Adam Handling’s group of restaurants, including the Frog in London’s Covent Garden.

‘One of my favourite styles with lobster is blanc de blancs Champagne, especially a vintage bottling from a great producer, like the 2006 Pierre Moncuit,’ said Gaither.

A rich non-vintage Champagne with a good amount of reserve wine, such as Charles Heidsieck’s Brut Reserve, also ‘adds volume and complexity’, he said.

McCabe said, ‘We have a Wagyu fat marinated lobster on the menu at Frog by Adam Handling, which I’ve paired with Taittinger Comte 2006 that has a voluptuous, toasty style.’

Sparkling can also be a winner with lobster rolls, according to Mario Sposito, wine director for Bedales of Borough and Bob’s Lobster wine bar and kitchen in London.

Traditional method sparkling, either white or rosé, would be Sposito’s first choice with lobster and crayfish rolls. ‘You need a wine with strength and elegance, able to enhance the the decadent harmony of the lobster meat, mayo and  brioche bun with a refreshing, yet creamy and soft embrace,’ he said.

‘Champagne (or English sparkling) is a spot-on match, especially served with lobster mac’n’cheese, which I recently discovered is extraordinarily good with Dom Pérignon,’ said food and wine pairing expert Fiona Beckett, in the September 2021 issue of Decanter.

Chardonnay is a classic, but think about the oak levels. ‘A barbecued, buttered lobster works well with rich, full fruit oaked whites like an Australian or Californian Chardonnay,’ said McCabe.

‘For a lighter, steamed lobster, I pair mineral whites, generally with a coastal influence that has some salinity which picks up on the gentle, umami sea notes in the lobster.’

‘I also love Smaragd Grüner Veltliner from the Wachau in Austria, especially for steamed lobster with butter and herbs. The fresh flavours really enhance the richness of the lobster meat. I’m a big fan of 2016 Knoll or 2016 Alzinger.’

Beckett also calls for Chardonnay. ‘Chardonnay couldn’t be a more flattering partner, but exactly which depends on whether you’re serving your lobster hot or cold.’

‘With dressed lobster or a lobster roll, I’d go for a more recent, more subtly oaked vintage (a Puligny-Montrachet, premier cru Chablis or a quality cool-climate Chardonnay). Grilled or with a thermidor sauce, you could ramp up bottle age and oak: a treat with a mature Meursault.’

‘While Chardonnay is often the obvious answer in a lobster situation, I find it’s not always the most versatile,’ she said.

‘Combining it instead with a few other varietals you might find in Italy such as Tocai Friulano and Ribolla Gialla can provide the “ebb and flow” factor needed to temper just about any situation.’

Sticking with the theme of versatile all-rounders, Romeo Bisacchi, head sommelier at Caractère in London’s Notting Hill, said that Italy’s Soave Classico and Fiano di Avellino were worth seeking out.

‘Try to go for something a little dry and light with a gentle touch of minerality,’ said Bisacchi, highlighting Pieropan’s ‘La Rocca’ Soave Classico as a good example.

What about red wines with lobster?

Lighter styles of reds can work, according to Gaither, McCabe and Sposito.

‘Avoid tannic or heavily oaked wines but keep an eye [out] for experiments; a light, delicate and elegant red could be a great surprise,’ said Sposito.

Gaither added, ‘For a red, try something Alpine, like a Poulsard or Trousseau (Desire Petit) from the Jura in France.’

You can read more about why red wine with fish dishes isn’t a total no-go zone in this article by Matthieu Longuère MS of Le Cordon Bleu London.

Home Videos The WORLD of WINE – Wine News. Cheap wine, tasting notes and cooking with wine The World of Wine – May 2021 … END_OF_DOCUMENT_TOKEN_TO_BE_REPLACED

How to visit Napa Valley on a Budget. In this video Carson and I explain a few ways to enjoy Napa on the cheap. Tip and advice about how to visit Napa … END_OF_DOCUMENT_TOKEN_TO_BE_REPLACED

Home Videos Get To Know Argentina Wine | Wine Folly If you love Malbec, Argentina is your ultimate wine region. But that’s not … END_OF_DOCUMENT_TOKEN_TO_BE_REPLACED