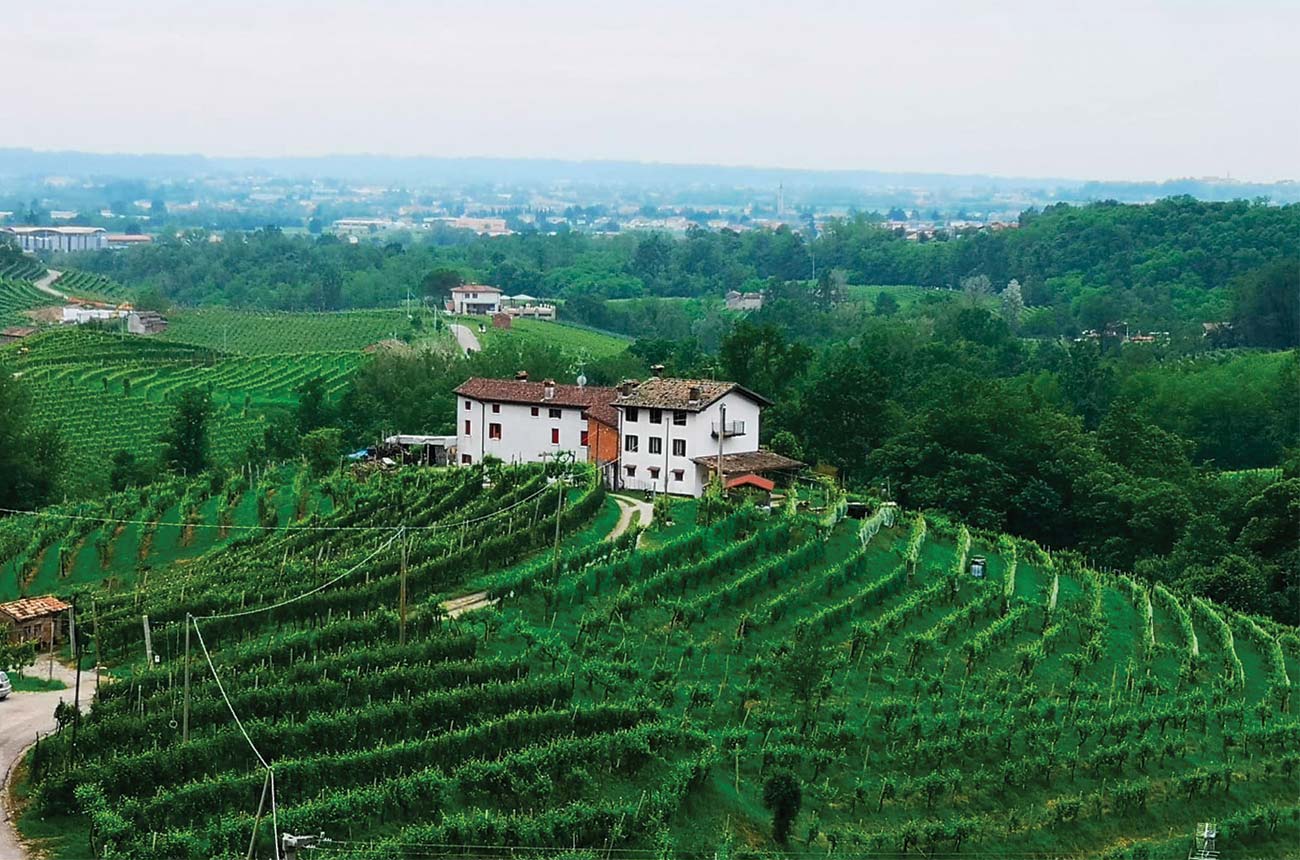 The Prosecco appellation is being revolutionised from the inside out, projecting it towards a series of major innovations. In May 2020, a proposal was approved to change the denomination rules for Prosecco DOC, laying the foundations for the creation of Prosecco Rosé. Specifically, alongside Glera grapes used either alone or blended with other permitted varieties (Bianchetta Trevigiana, Chardonnay, Perera, Pinot Bianco, Pinot Grigio, Verdiso and Pinot Nero fermented off the skins), the rosé can contain up to 15% of Pinot Nero fermented on the skins. What’s more, it will only be produced as a single vintage, containing a minimum of 85% vintage grapes, and can be made in a drier style such as brut nature or extra brut.

The first Prosecco rosés have already found made their way on to the shelves, so look out for them. But don’t expect to see rosé Prosecco at the DOCG level – this is a new development at DOC level only.

On the dry side

More broadly speaking, other changes across the region tend to focus on the brut nature style: one of the first producers to spot its potential was Valdo, where the style was introduced to the estate’s Rive San Pietro di Barbozza three years ago. The result demonstrated its potential to improve over time, gaining complexity on the nose and palate, much to the delight of connoisseurs.

In the same vein, Merotto’s very recent Integral, Conegliano Valdobbiadene Prosecco Superiore 2019 is produced with residual sugar of less than 3g/L. It has been designed to heighten the characteristics of the vintage and the minerality of the terroir, comprising the deep-rooted historic vineyards at Col San Martino. Similarly, Bortolomiol opted for zero residual sugar for its new offering, Rive di Santo Stefano 70th Anniversary; it displays a dynamic, clean, vertical progression on the palate.

Why does my ‘extra dry’ Prosecco taste sweet? Ask Decanter

Conegliano Valdobbiadene DOCG’s gradual shift towards the traditional method (and away from the Charmat method, or fermentation in tank) is nothing new. What is new is the tendency to increase the months the wine spends on lees. One such example is Valdo: after its recent Numero 10 Metodo Classico, Conegliano Valdobbiadene, aged for 10 months on the lees (following previous experiments with 36 and 48 months), it continues the trend with its new metodo classico, Pradase. Named after the Valdobbiadene vineyard with its old vines of Glera and other local grape varieties, it spends 24 months on the lees.

There is increasing interest in the Valdobbiadene terroir and landscape, awarded Unesco World Heritage status in 2019. Indeed, recently 19 sub-zones of Conegliano Valdobbiadene DOCG were identified. Analysis revealed distinctive features for every sub-zone, paving the way for development in terroir zoning.

The Prosecco DOC consorzio is also committed to biodiversity; it recently signed up to the Equalitas standard, aimed at ensuring environmental, economic and social sustainability.

Prosecco Superiore: Sparkling pioneers plus the 12 wines to seek out

Home Videos The WORLD of WINE – Wine News. Cheap wine, tasting notes and cooking with wine The World of Wine – May 2021 … END_OF_DOCUMENT_TOKEN_TO_BE_REPLACED

How to visit Napa Valley on a Budget. In this video Carson and I explain a few ways to enjoy Napa on the cheap. Tip and advice about how to visit Napa … END_OF_DOCUMENT_TOKEN_TO_BE_REPLACED

Home Videos Get To Know Argentina Wine | Wine Folly If you love Malbec, Argentina is your ultimate wine region. But that’s not … END_OF_DOCUMENT_TOKEN_TO_BE_REPLACED