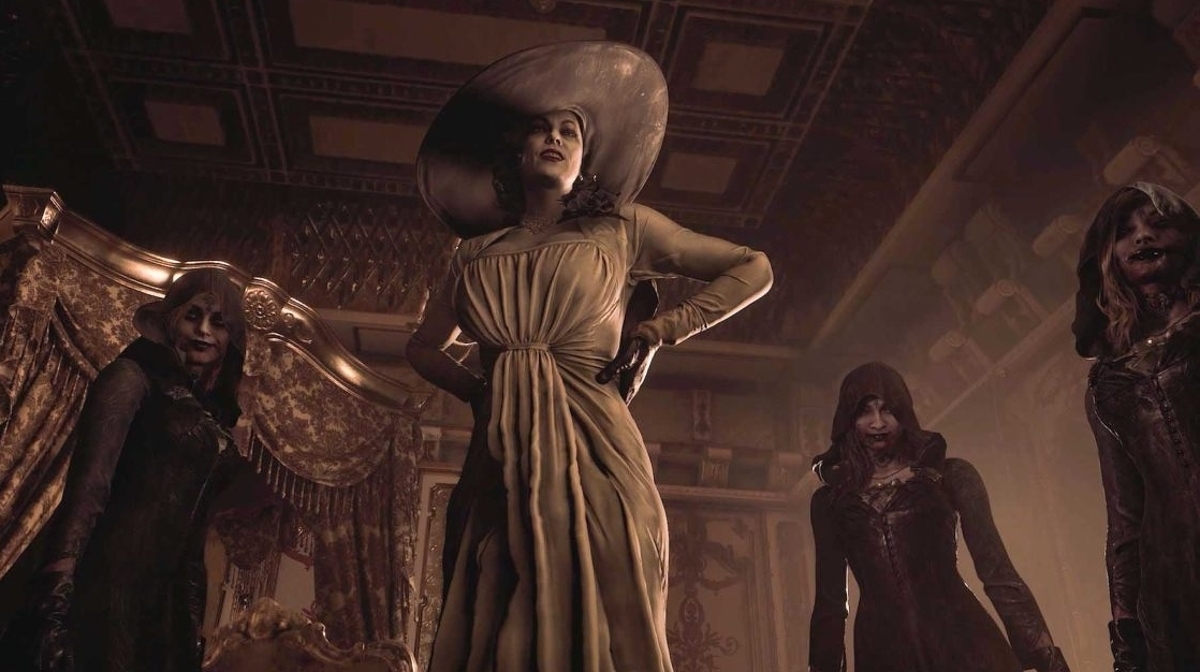 Hello! Welcome back to our regular feature where we write a little bit about some of the games we’ve found ourselves playing over the last few days. This time: wine, ancient evil and potions.

If you fancy catching up on some of the older editions of What we’ve been playing,
here’s our archive.

Hundred Days was released yesterday and I was surprised to see how much story it now has. Whereas there were only a couple of characters to talk to in the preview version, there are now, gosh, I’ve lost count – several? New people seem to show up every turn, either offering to help around your vineyard – usually playing the valuable role of advisor for a specific winemaking discipline – or to bring colour and life to the town around you, as owners of wine bars, or journalists, or healthy living experts who talk about lunar cycles and so on. And however superfluous they may appear, none are useless. They all play their own crucial role in aiding your winemaking journey in some way.

They’re another reason why Hundred Days remains a slightly eccentric and surprising take on a wine simulator game. Nevertheless, it’s a game that’s as enjoyable and entertaining as it is informative and, somewhat, romantic about the process of making wine.

Sometimes it’s just nice to settle back to a proper blockbuster that’s big, dumb and gorgeous, and Resident Evil Village ticks all those boxes. I’m one of those who bounced off Resident Evil 7 because it’s slasher vibes didn’t do it for me – okay, I found it too scary – so you can probably blame me for the lack of chills in this latest outing, but good god am I enjoying its campy embrace. Just as 7 amped up the tension with its first-person perspective, Village amps up the camp with its sheer opulence and over-the-top performances, all layered atop a framework that’s delightfully familiar. It’s dumb as hell, and right now that’s exaclty what I’m after.

Miracle Merchant is a brilliant iOS game about brewing potions. Actually, I guess it’s about making hands of cards. There are four colours of ingredient to put in your potions, and they’re represented by cards. It’s clearly based on the four suits of a traditional deck, and you gain points for the ways you put them together. The thing is, the fiction is so intoxicating, and I am so incredibly dense, that it took me a while to realise that’s what’s going on. I don’t mind admitting I fell for Miracle Merchant.

It’s beautiful stuff, but it’s the feel of the game and the atmosphere that I love the most: the fiction of making potions. I love the endless parade of unusual characters, and I love the little ingredients details on the cards themselves. I’ve played this for hours over the last week and each time I play I learn something new, but I also spot something new in the lovely comic-like art style. Get in.

Home Videos The WORLD of WINE – Wine News. Cheap wine, tasting notes and cooking with wine The World of Wine – May 2021 … END_OF_DOCUMENT_TOKEN_TO_BE_REPLACED

How to visit Napa Valley on a Budget. In this video Carson and I explain a few ways to enjoy Napa on the cheap. Tip and advice about how to visit Napa … END_OF_DOCUMENT_TOKEN_TO_BE_REPLACED

Home Videos Get To Know Argentina Wine | Wine Folly If you love Malbec, Argentina is your ultimate wine region. But that’s not … END_OF_DOCUMENT_TOKEN_TO_BE_REPLACED