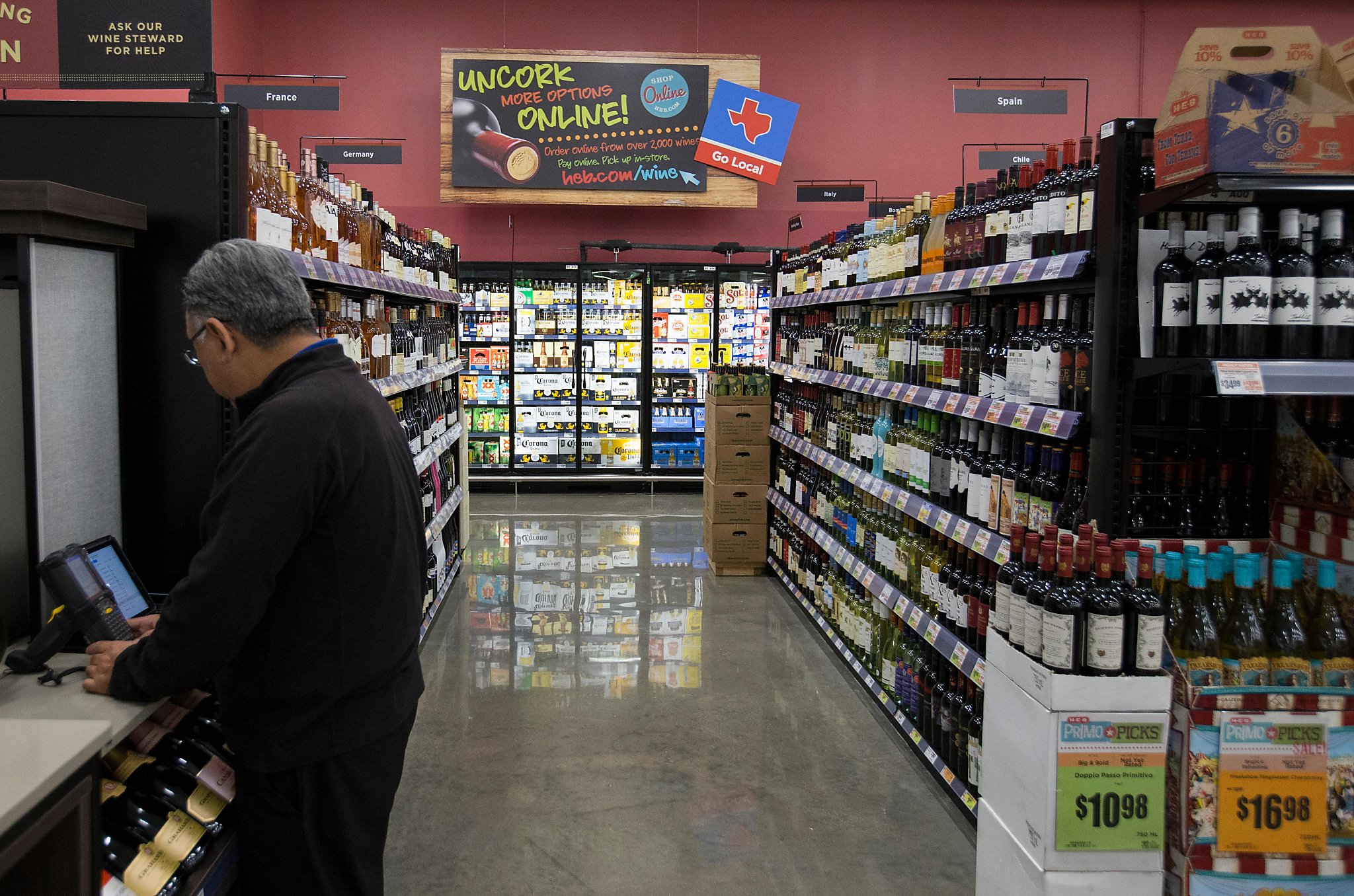 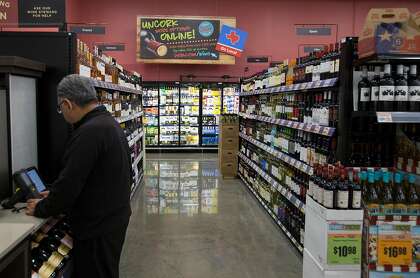 It’s a new year, and there’s a new shake-up in American wine. On Tuesday, E. & J. Gallo finalized its $810 million acquisition of 30 low-priced wine brands from Constellation Brands, marking one of the most significant transfers in the country’s wine industry ever.

You can read more about the details of the sale in the news story we published on Tuesday. But in today’s newsletter, I’d like to consider a few other implications of this sale for the California wine world.

First: It is notable that Constellation is trying to get itself out of the bottom-shelf wine business. The wine brands it is off-loading will surely sound familiar to you. Manischewitz. Rex Goliath. Mark West. Franciscan. Clos du Bois. Arbor Mist. Black Box. Wild Irish Rose. These are not prestige properties (though at least one of them, Ravenswood, used to be); they’re all cheap wines, priced at $11 and under.

These less expensive brands have long been the backbone of the upstate New York-based corporation, one of the few major U.S. wine companies that is publicly traded. Now, instead of Wild Irish Rose and Rex Goliath, Constellation’s wine portfolio is made up of wines that sell for $20 and well above, like Meiomi, the Prisoner, Charles Smith Wines, Robert Mondavi, Mount Veeder and the extremely high-end Schrader.

That reflects a strategy aligned with the ongoing trend of so-called premiumization, which for the past 25 years has seen wine drinkers consistently reaching for higher-priced products. (Within this landscape, “higher-priced” basically refers to wines over $10.) But, according to Silicon Valley Bank’s 2020 State of the Wine Industry Report, there are signs that premiumization may be slowing down, as wines priced between $9-$20 were showing weakening growth.

Still, this raises a tricky question. If Constellation thinks it’s a good idea to focus on pricier wines, wouldn’t Gallo want to do the same? Why does Gallo want Constellation’s bottom-shelf cast-offs? 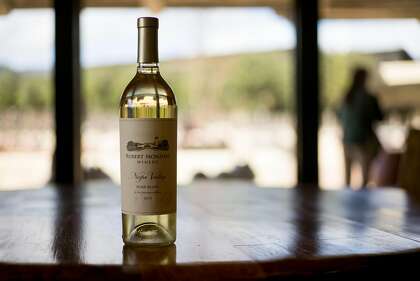 The likeliest scenario is that Gallo is simply so large and controls so much of the wine market that it has use for wines at every point on the price spectrum. For scale, Gallo sold about 78 million cases of wine in 2019, according to the Gomberg Fredrikson Report — significantly more than the next-biggest player, the Wine Group, at 50 million. It doesn’t want to choose between playing high and low. It wants to do both. And so it will usher Black Box and Wild Irish Rose into a portfolio that also controls some of the most sought-after names in Napa Valley wine like Pahlmeyer and Stagecoach Vineyard.

Moreover, Gallo may operate some of these new acquisitions at very low expenses. The company has said it won’t continue to keep the tasting rooms for Hogue, Clos du Bois or Wild Horse anymore. Some of the other brands’ tasting rooms had, maybe conveniently, already closed down: Constellation had shuttered the Franciscan tasting room, located prominently on Highway 29 in St. Helena, a few years ago to make way for its newer, shinier wine brand, the Prisoner. And the historic Sonoma winery that had long been home to Ravenswood has been sold off, now home to Angelina Mondavi’s Harrow Cellars and Sojourn Cellars.

Many California grape farmers will breathe a sigh of relief at the news that the deal has been finalized. During the last two harvests, the limbo state of the Gallo-Constellation transaction had caused considerable instability in the grape markets, since many farmers who had fruit contracts for the brands in question didn’t know if they’d suddenly be working with a new company at harvesttime. Now, at least, everyone knows where the chips have fallen.

The really key takeaway here, though, is that competition has been preserved on the supermarket shelves. It took almost two years for the deal to complete, and the final agreement is smaller — by about $890 million — than what Gallo and Constellation originally intended because the Federal Trade Commission required them to amend their transaction in order to satisfy anticompetitive concerns. The subtext: Gallo, already the country’s biggest wine company, would have become too dominant within certain categories like sparkling wine and brandy if it had come to own all of these new holdings.

Gallo can’t have Andre and Cook’s, the two biggest low-priced sparkling wine brands. It can’t have E&J Brandy and Paul Masson, the two biggest low-priced brandy brands. (Both Cook’s and Paul Masson were in the original proposed deal, but the Federal Trade Commission forced them to be removed.) The next time you reach for some cheap bubbly for your mimosa brunch party, it’s still likely that you’ll be buying a Gallo product, but it’s not a given. 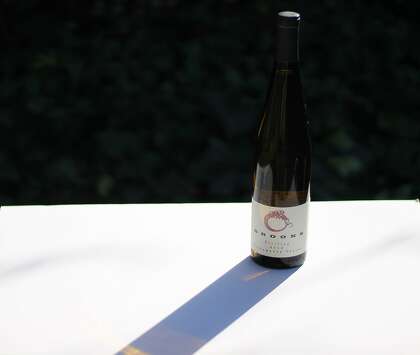 In an affront to Dry January, the latest Wine of the Week features a not completely dry wine: Brooks’ 2018 Willamette Valley Riesling ($24, 14%). It’s a beautiful wine whose small amount of residual sugar is perfectly balanced with electric acidity. Read my review. 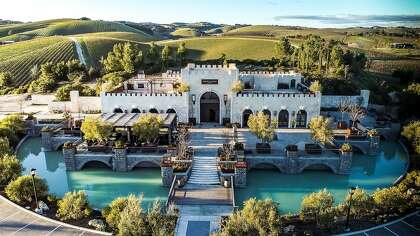 • In other wine-industry acquisition news, Paso Robles’ Rabble Wines (whose tasting room is pictured above) has been purchased by O’Neill Vintners, which is quickly becoming a major player in California wine. O’Neill’s move is squarely focused on capturing younger drinkers, who have shown interest in Rabble’s “augmented reality” wine labels.

• The data is still preliminary, but at this point there’s evidence to suggest that wine consumption didn’t actually grow much — or possibly at all — in 2020, despite the perception that quarantine ushered in a wave of binge drinking.

Home Videos The WORLD of WINE – Wine News. Cheap wine, tasting notes and cooking with wine The World of Wine – May 2021 … END_OF_DOCUMENT_TOKEN_TO_BE_REPLACED

How to visit Napa Valley on a Budget. In this video Carson and I explain a few ways to enjoy Napa on the cheap. Tip and advice about how to visit Napa … END_OF_DOCUMENT_TOKEN_TO_BE_REPLACED

Home Videos Get To Know Argentina Wine | Wine Folly If you love Malbec, Argentina is your ultimate wine region. But that’s not … END_OF_DOCUMENT_TOKEN_TO_BE_REPLACED