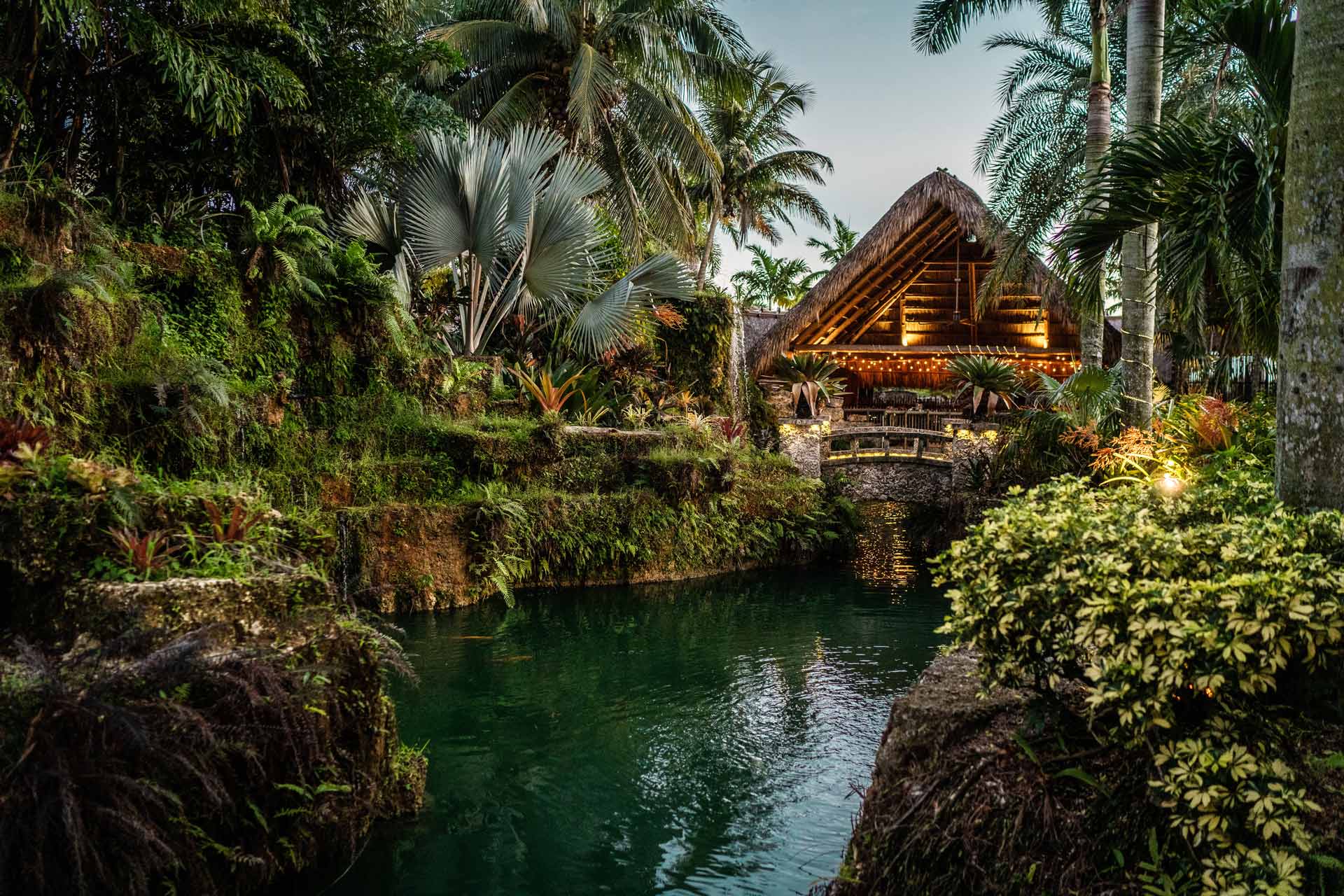 A state known for humidity, uneven rainfall and infertile soil, wine production in Florida would seem like a farce. But grapes have been grown, crushed and turned into wine in the Sunshine State since 1564, long before states like California.

Now, after years of failed attempts to grow European varieties, producers embrace native Muscadine grapes and other fruits to craft bottles that tell the centuries-old story of Florida’s wines.

Some say the Spanish, who colonized what’s now St. Augustine on the northeast coast, became the first winemakers in the modern-day Americas in 1565. According to other sources, the pirate captain John Hawkins documented that French Huguenots made wine at the mouth of St. John’s River in Fort Caroline, located near present-day Jacksonville, in 1564.

This remains the earliest record of winemaking in what was known as the New World. But anthropological archeologist Dr. Crystal Dozier published findings in the Journal of Archaeological Science in 2020 that points to possible earlier winemaking by Native Americans in central Texas.

Despite their early start, Florida winemakers struggled for centuries to grow Europe’s vitis vinifera grapes in their unpredictable climate. It wasn’t until later that Florida embraced its native fruit, Muscadine.

In 1923, the nonprofit Florida Grape Growers Association (FGGA) was established to sponsor research on grapes suited to the state’s growing conditions.

The state legislature later enacted the Florida Viticulture Policy Act in 1978. It established the Center for Viticulture & Small Fruit Research at Florida Agricultural and Mechanical University (FAMU), whose mission is “to conduct basic and applied research and provide service that will promote the development of a viable viticulture industry in Florida.”

“Grapes are logical alternative cash crops due to the risk of frost damage to citrus groves,” says Dr. Violeta Tsolova, professor and director of the Center for Viticulture and Small Fruit at FAMU.

Winemakers from all over the world visit FAMU for workshops, hands-on research and collaborative projects to further the study of grapes and climate.

The language opened the door for wineries to produce wine from any number of native foods, like Key limes, mangoes and avocados.

But Muscadine remains king of Florida wines, according to Allen Cooley, winemaker, grower, pourer, mower and jack-of-all-trades for Summer Crush Winery in Fort Pierce. He touted WeBeJammin’ Muscadine as the label’s most popular wine.

As of 2020, there were more than 300 different strains of Muscadine either cultivated or bred for commercial use. These strains vary in sugar content, acidity, tannin and polyphenol levels, skin color and flavor.

Muscadine can produce medium- to full-bodied whites, reds and rosés that range from dry to sweet. It’s best to serve Muscadine chilled, according to Tsolova.

“Our wine is the stereotype of Muscadine, that sweet Southern homemade country flavor like what [you] would make in your backyard,” says Cooley. “It is fruit-forward. It’s light. It’s very friendly. It doesn’t have any dark, dark secrets hidden in a closet anywhere that pop out halfway into the glass. It is what it is.”

You can even find Port-style dessert Muscadines.

However, Muscadine from Florida is not known for its ability to age.

“Muscadine wines should be consumed within three years of bottling to enjoy the best of their fresh, fruity character,” says Jeanne Burgess, vice president/director of winemaking operations at San Sebastian Winery and Lakeridge Winery & Vineyards. “There is no real aging with these wines.” These wineries are known for their Southern Red and Sunblush wines, both products of native Muscadine blends.

Unlike other areas of the country, Florida does not have any American Viticultural Areas (AVAs) or defined agricultural regions of viticulture.

Most grapes are grown and harvested in northern Florida, with a few small vineyards as far south as central Florida.

“It is a grape of the Deep South,” says Cooley. “And the vines grow as far south as the Keys, but they don’t fruit. The fruiting stops roughly at the south end of Lake Okeechobee.”

Unlike Grenache and other thin-skinned European grapes, Muscadine has a thicker skin that defends against molds and fungal diseases prevalent in Florida.

The advantage of using native grapes over non-native hybrids is the level of fungicide and insecticides necessary. Muscadine resists disease and pests in warm climates, so they require far less spraying than non-native hybrids.

Pierce’s Disease, a soil-born issue that’s vectored by a leafhopper, is a concern for non-native vines.

“So, you can think, ‘It’s warm in Florida. I can grow something that grows in the Mediterranean here.’ Not so,” says George Cowie, winemaker at Chautauqua Vineyards and Winery. “Even if you tried to grow it in a sterile pot, eventually it’s going to become infected with Pierce’s Disease.”

As people become more focused on organic production and where their food comes from, it seems counterintuitive to, as Cowie puts it, “wrestle with Mother Nature.”

Muscadine, like other agricultural products, needs a dormant season. And the climate south of Lake Okeechobee, one of the largest freshwater lakes in the U.S., doesn’t offer enough temperature fluctuation to encourage fruiting.

“The Muscadines need chilling hours in order to know they’ve gone dormant, that it’s not time to grow anymore,” says Cooley. “I liken it to pushing a reset button on a computer where they know, O.K., this is our downtime.”

FAMU’s viticulture program is developing a digital database to aid small wineries with vinification. Tsolova says that she hopes it will be a tool for vineyards and wineries to analyze their growing conditions and provide recommendations for best grapes and processes for success.

The program also offers workshops, educational outreach and onsite training for state wineries and their staff.

“When you do anything with the grape—picking it, getting it to the winery, pressing it, fermenting it—you can never improve on the quality,” says Cowie. “You’re just trying to maintain and guide or shape that quality. That’s one big advantage of growing our own grapes. We travel with it from soil to bottle.”

If there’s one thing Florida does understand, it’s entertainment. Wineries offer free tastings and tours along with wine-stomping events and even art classes.

But when FGGA approached Rollins College to create a wine trail, researchers found it wasn’t viable because Florida’s producers tend to be small and geographically distant.

But they recommended that wineries organize around recreational activities, restaurants and lodging to create “Florida experiences.”

“We call ourselves Disney for adults We have a courtyard filled with waterfalls, ponds stocked with koi to feed where kids run around and meet other kids while the adults can sit around and enjoy themselves,” says owner Peter Schnebly. “There is a custom tasting bar we built with coral rock from the Florida Keys”

“We have an acre of our land just for events and relaxing with a glass of wine,” says Cooley. “We’ve got chairs everywhere. We’ve got swings by the pond. We have a dock and a covered pavilion with ample seating. On the weekends, we do live music. We also host art exhibits and car shows.”

Florida is a tourist destination, but according to Cooley, “When people travel, they are looking to taste the flavors of the region they are visiting. They come to Fort Pierce to try Fort Pierce wine… It is about a larger experience of Florida.”

For some wineries, it’s about history. San Sebastian Winery sits in the midst of St. Augustine. known as “the nation’s oldest city,”

Tours guide you through the history of wine in the New World, as well as the winemaking process at Lakeridge Vineyards, sister winery to San Sebastian. Lakeridge supplies all the wines to both wineries, except for San Sebastian’s Port.

The appeal of Florida wine

Muscadine grapes are often dismissed as unsophisticated and unbalanced. But these wines have gained an audience from the rosé craze and a craft boom that spawned small-batch vineyards.

“We’re very proud of what we do,” says Cowie. “We think it showcases who we are. We practice value-added agriculture that is sustainable and honors native grapes.”

For Cooley, it’s the individuality of each winery.

“You get a vibe for the family, the people that create the wine and the area it exists in,” he says. “Wine appreciation is no longer considered an elite club. I would venture to say you could find a wine for everybody. And for some, it is a Muscadine wine.”

Home Videos The WORLD of WINE – Wine News. Cheap wine, tasting notes and cooking with wine The World of Wine – May 2021 … END_OF_DOCUMENT_TOKEN_TO_BE_REPLACED

How to visit Napa Valley on a Budget. In this video Carson and I explain a few ways to enjoy Napa on the cheap. Tip and advice about how to visit Napa … END_OF_DOCUMENT_TOKEN_TO_BE_REPLACED

Home Videos Get To Know Argentina Wine | Wine Folly If you love Malbec, Argentina is your ultimate wine region. But that’s not … END_OF_DOCUMENT_TOKEN_TO_BE_REPLACED