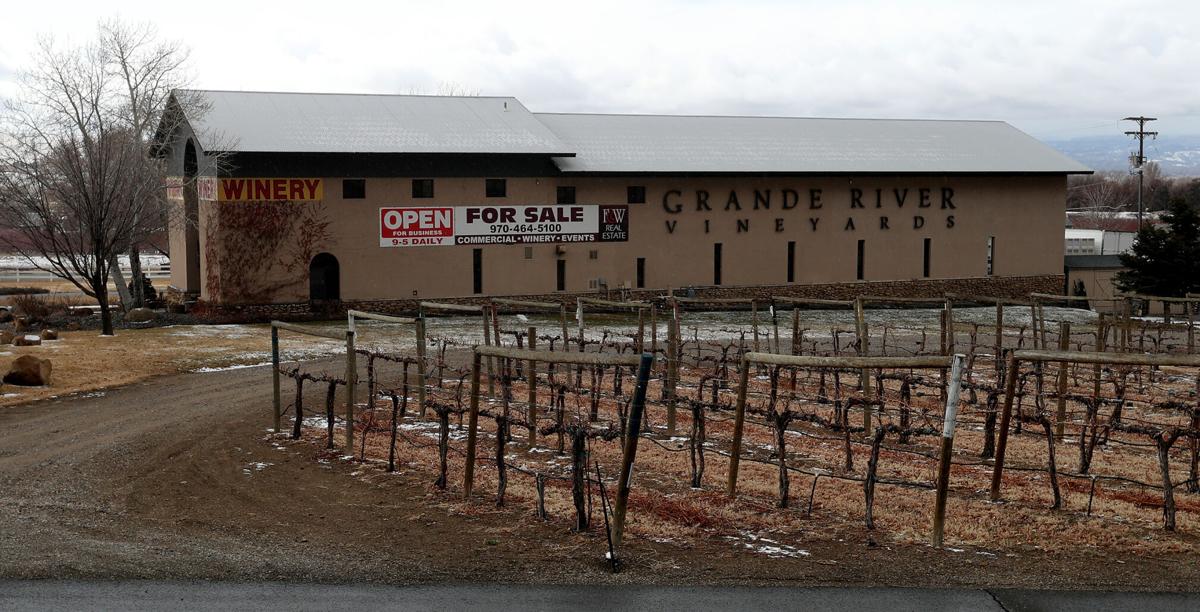 The Colorado Weedery has submitted an application to the town of Palisade to move its retail marijuana store from its location at 125 Peach Ave. near downtown, to the Grande River Vineyards, 787 Elberta Ave.

Moving the retail location will require review by the town’s planning commission and final approval from the Board of Trustees, Palisade Community Development Director Brian Rusche said. The move will require a conditional use permit.

“We’re going to look at it in the context of the criteria for conditional use,” Rusche said. “Part of a conditional use is that it’s not a permitted use unless it’s approved by both the planning commission and the Board of Trustees and that’s what that process is for.”

Colorado Weedery owner Jesse Loughman said his business has grown to the point that a new location is needed. He said they plan to continue to use their current location for medical marijuana and product manufacturing.

“We think, obviously by moving up there, it will relieve a little bit of the stresses that we put on our medical facility through traffic and stuff like that,” Loughman said. “So it will allow us to up our level of service for our medical clientele, as well as provide a bigger space for our retail operation.”

Grande River Vineyards, which is still operating, has a long history in the wine industry. It was the fifth winery to receive a license in Colorado. Loughman said they don’t plan at this time to remove the vineyards or operate the winery and only applied to relocate the retail store license to that site.

“It’s a beautiful location there’s no doubt,” Loughman said. “We really want to continue it. We’re not looking to go in there and bulldoze everything, that’s for sure.”

While the location is very close to the Palisade exit off Interstate 70, Loughman said they are not planning at the moment to use a billboard to advertise to drivers. However, he said with developments in the industry, such as Grand Junction allowing retail cannabis stores, that he was not sure what their strategy would be in the future.

“Anybody can look at our model historically,” Loughman said. “Has anybody ever seen a Colorado Weedery billboard? To this date, I’d say no. Our competition sure likes to do that, but we haven’t moved in that direction yet.”

The Colorado Weedery is located near downtown Palisade and neighbors Peach Street Distillery and the Palisade Brewery. At a recent Board of Trustees meeting some neighbors complained about the parking situation in that area.

“One of the things that’s happened in Palisade, not just our business, but all of the businesses collectively have grown,” Loughman said. “We’ve got the Plunge (Palisade Plunge bike trail) coming on and we’ve got a lot of people coming in and out of town now. It puts some stresses on the infrastructure that we have now.”

Loughman said that if the location is moved, that would mean his retail customers would not have to drive through downtown Palisade anymore to visit his store.

Grande River Vineyards owner Steve Smith declined to comment at this time on the sale of his business. The business, which includes the winery and five acres of land, was put on sale in 2019 for just under $4 million and it is now under contract.

The planning commission is currently scheduled to consider the application on March 16 .

Home Videos The WORLD of WINE – Wine News. Cheap wine, tasting notes and cooking with wine The World of Wine – May 2021 … END_OF_DOCUMENT_TOKEN_TO_BE_REPLACED

How to visit Napa Valley on a Budget. In this video Carson and I explain a few ways to enjoy Napa on the cheap. Tip and advice about how to visit Napa … END_OF_DOCUMENT_TOKEN_TO_BE_REPLACED

Home Videos Get To Know Argentina Wine | Wine Folly If you love Malbec, Argentina is your ultimate wine region. But that’s not … END_OF_DOCUMENT_TOKEN_TO_BE_REPLACED