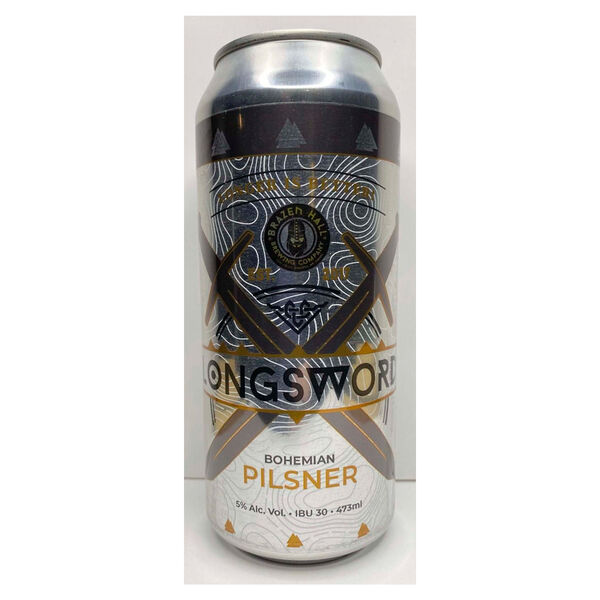 At this point, it’s probably fair to say many of us are a little squirrelly from being cooped up in the pandemic lockdown. The holiday decorations have likely been put away, and the prospect of the spring thaw is still months away.

If you’ve watched all the Netflix you can handle, hit your limit on sourdough, can’t be bothered with cross-country skiing, have had your fill of puzzles or are just plain bored, there are plenty of online drinks-related virtual events and tastings that continue to be offered by locals and beyond.

While Manitoba Liquor Marts aren’t currently providing any wine education, many of Winnipeg’s private wine stores are offering virtual tastings for folks to enjoy at home. De Luca Fine Wines has a number of themed tastings coming up, including a Valentine’s Day virtual event on Feb. 14, a sparkling wine tasting on Feb. 16, and more.

Kenaston Wine Market, meanwhile, has a wine-and-yoga series of virtual tastings in partnership with Into Nature. And the Winehouse has been hosting online tastings as well, with one coming up on Thursday, Feb. 4, featuring two of its most popular Italian reds. The cost of these virtual events typically covers the tasting, two or three wines, as well as the occasional additional treat. Details, including cost, time and other particulars, are available on store websites or via social media accounts.

Some trade organizations from particular grape-growing/winemaking regions have also started to put together their own virtual tastings. Kicking off Tuesday, for example, is New Zealand Wine Week, which features all manner of streaming events — from general overviews to in-depth tutorials on particular grapes or regions to discussions with winemakers and more. Check out wfp.to/nzwine for details.

For Winnipeg whisky lovers, this time of the year usually offers a reason to raise a glass. The Winnipeg Whisky Festival would normally take place at the Fairmont Winnipeg at the beginning of March but, like so many other events, it has been cancelled. However, organizers are hoping to roll out around a dozen whisky-related events throughout late February and early March, featuring virtual tastings with producers and brand ambassadors. More on these virtual events as info becomes available.

Drinks of the week

The Longsword was first introduced in late 2019 as a brewery-only, on-tap pour, and has now found its way into cans as part of Brazen Hall’s core lineup. It’s medium-gold and clear, with a white head; aromatically, the Longsword brings beautiful biscuit/bread dough notes that come with the fresh malt and subtle bitterness. There’s slightly more body here than your average pilsner, and the grainy biscuit notes on the dry palate work well with the slightly soft and creamy effervescence. At five per cent alcohol and 30 IBU, it’s light and crisp enough to crack open during a hockey game or while munching on burgers, nachos or pizza, yet is still surprisingly complex. 4/5

Deep chestnut brown and slightly hazy with an off-white head, there’s a decided raisin/fruit cake note on the nose that works well with subtle orange peel, spice and molasses aromas. It’s rich and medium-sweet, with hearty dried fruit, toffee and molasses flavours coming through before hints of bread dough and spice, and a long, robust finish. At 10 per cent alcohol, it a big, dark brew to sip on slowly now, or can be put away until next winter or beyond. 4.5/5

This organic, biodynamic, dry-farmed Spanish white is fermented with indigenous yeasts (versus added commercial yeast) and offers bruised apple, fresh pear, melon rind, some chalkiness and a slightly funky, lactic note on the nose. On the dry, light-plus-bodied palate, however, the fresh and juicy orange, apple and pear flavours work well with an underlying marmalade note, some modest acidity and a crisp, clean finish that’s just right. It’s approachable yet brings some nice complexity for the price — those looking for new flavours in a white wine that’s not burdened by big oak would do well to give this a go. 3.5/5

The grapes for this Chilean Sauvignon Blanc were sourced from the relatively cool Leyda Valley; the wine is pale straw in colour and brings aromas of green apple skin, lemon-lime zest, a hint of chalkiness and a very subtle, smoky, bell pepper note. It’s dry and light-bodied, with the fresh citrus and green apple flavours delivered with quite a kick, thanks to some very vibrant acidity, and those racy lime and grapefruit notes resonating big time before the long, slightly warm finish. Try with pesto pasta, sushi or white fish dishes. 4/5

This organic, vegan red blend of Tempranillo, Syrah and Petit Verdot is deep ruby in colour. It delivers raspberry, sweet cherry, vanilla, blackberry and hints of spice on the nose. It’s medium-plus bodied, jammy and dense, with almost-sweet ripe dark berry and cherry flavours, along with vanilla and spice thanks to time in oak barrels, and a medium-length, slightly peppery and warm finish (it’s 13.5 per cent alcohol). A good option for New World wine drinkers looking to explore European reds without getting too earthy or rustic. 3.5/5

Some of the fruit in the Maker’s Project underwent whole berry fermentation; instead of being crushed, some of the fruit saw fermentation take place inside the individual grapes (rather than in the larger tank/barrel). That tends to up the juicy fruit component on a red (think French reds from Beaujolais), and aromatically there are deep black cherry, bread dough, and blackberry notes, and a bubble gum-ish component that’s reminiscent of red wines made from the Gamay grape (the primary red grape in Beaujolais). It’s medium-bodied and juicy, bringing ripe red berry flavours with hints of spice, iron and black pepper that are textbook Shiraz. Think of it as a bigger, brawnier Beaujolais wearing combat boots. 4/5

Home Videos The WORLD of WINE – Wine News. Cheap wine, tasting notes and cooking with wine The World of Wine – May 2021 … END_OF_DOCUMENT_TOKEN_TO_BE_REPLACED

How to visit Napa Valley on a Budget. In this video Carson and I explain a few ways to enjoy Napa on the cheap. Tip and advice about how to visit Napa … END_OF_DOCUMENT_TOKEN_TO_BE_REPLACED

Home Videos Get To Know Argentina Wine | Wine Folly If you love Malbec, Argentina is your ultimate wine region. But that’s not … END_OF_DOCUMENT_TOKEN_TO_BE_REPLACED