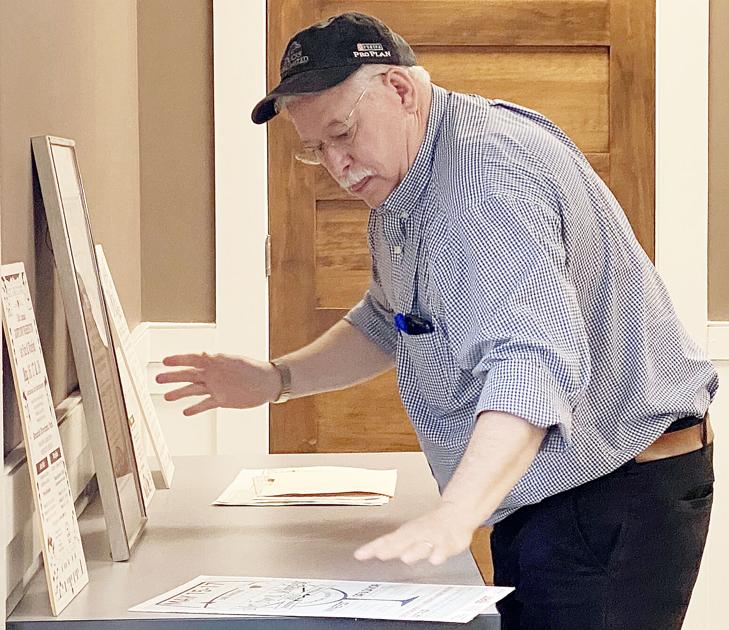 Art and wine enthusiasts who enjoy live music and food will find all of the above at the 40th annual Art Fair and Winefest, which is organized annually by Downtown Washington Inc. The festival, scheduled for May 21-23, is expected to draw between 8,000 and 10,000 people — depending on the weekend’s weather — to Washington’s downtown district, according to Downtown Washington Inc. Event Coordinator Cassidy Lowery. The wine portion of the festival will be held in the Washington Farmers’ Market, and the food and art vendors will be placed along Main and Elm streets.

Tickets to the festival’s wine tasting and Sip and Savor event on Sunday, May 23, are on sale now. Tickets can be purchased online through Downtown Washington Inc.’s website, www.downtownwashmo.org. The wine tasting is scheduled from 5 to 10 p.m. on Friday and from noon to 10 p.m. on Saturday. The Sip and Savor Sunday event, which pairs wines with foods from local restaurants, is scheduled for noon to 3 p.m. The festival will continue until 4 p.m. on Sunday.

Slated to perform at the festival are: Burnt Whiskey, the Shawneetown Band, Garden Party, Pilot Grove and Aqua-holics.

Burnt Whiskey, which is scheduled to play Friday from 6 to 10 p.m., is a classic rock and country music band. Performing on Saturday from noon until 3 p.m. is the Shawneetown Band, which plays a catalogue of songs that varies from classic rock staples such as Bryan Adams’ “Summer of ‘69” to contemporary hits, including Elle King’s “X’s and O’s.”

Taking the stage Saturday afternoon is Garden Party, which will perform from 3:30 to 6:30 p.m. Garden Party plays a variety of music, including songs made famous by Patsy Cline, the Eagles, Vince Gill, Linda Ronstadt, the Beatles and others. Pilot Grove is the evening’s final band, performing Saturday from 7 to 10 p.m. The band describes itself as a rock and contemporary music band.

The Aqua-Holics, which are described as a tropic rock and party rock band, will perform Sunday from noon to 4 p.m.

Parking and admission to the festival are free.

“One of my favorite parts of the weekend is seeing the streets full of people, with people shopping downtown, eating and enjoying all that our downtown has to offer,” Lowery said.

The expected crowds are a far cry from what the festival’s founders — Ralph Haynes, John Beuke and the late George Bocklage — first imagined 40 years ago.

“That first year, we had between 200 and 250 people come, and we thought it was a great success,” Haynes said. He and Beuke said they “never imagined” that the small festival featuring all Missouri wines that they helped to create and nurture would grow into a multiday festival that would be celebrating its 40th year this year.

“It wasn’t really on the horizon of possibilities,” Haynes said.

Both men said Bocklage, who died in February, would have “been blown away” by the event reaching this milestone.

Haynes and Beuke said the idea for the festival followed a chance meeting between Haynes and Bocklage, which then led to the trio hanging out and going to different wineries and vineyards in the region.

“We were consummate partiers,” Haynes said. “And by the time we thought about making this into an event, we knew most of the winemakers and the winery owners.”

From there, the idea of the Art Fair and Winefest was born.

The event, which was first held along the city’s riverfront at James W. Rennick Park, has since moved to the Washington Farmers’ Market pavilion.

Montelle is the only winery to be in the event in 2021 that was one of the original seven wineries invited to participate in the event 40 years ago, according to event organizers.

Each of the wineries is invited to bring five Missouri wines to the wine tasting, Lowery said.

The wine tasting has always been one of the more popular aspects of the festival, according to Haynes and Beuke.

And though event organizers are planning to recognize Haynes, Beuke and other volunteers who have helped organize previous iterations of the festival during the upcoming weekend, Haynes said he hopes attendees don’t dwell too much on the history of the event but instead soak up flavors of the wines.

“Look, my degree is in history, and I know that there is a story behind everything. It is the story that makes it interesting. The story of Winefest is interesting, but it should be about the wines, not about the past,” Haynes said.

In addition to the wine tasting, there will also be 35 different vendors lining the downtown streets, offering everything from water color paintings, blown glass, photography, woodwork and ceramics to dips and soup mixes, clothing and home decor.

Although it is too late to register as a vendor for this year’s event, Lowery said those interested in signing up to be a vendor next year should reach out to her at 636-239-1743.

Lowery also is encouraging attendees to buy their tickets to the wine tasting and Sip and Savor event early, in hopes of helping encourage social distancing and eliminating lines at the festival. Masks are not required, but attendees are encouraged to wear them when not eating or drinking. Festival organizers also will have hand-washing stations and hand sanitizer available throughout the festival grounds.

The cheese and crackers at the wine tasting will be prepackaged as well, according to Lowery.

Funds from the festival, which is a fundraiser for Downtown Washington Inc., will be used to “continue historic preservation efforts and revitalization in downtown Washington through organizing more events,” Lowery said.

Home Videos The WORLD of WINE – Wine News. Cheap wine, tasting notes and cooking with wine The World of Wine – May 2021 … END_OF_DOCUMENT_TOKEN_TO_BE_REPLACED

How to visit Napa Valley on a Budget. In this video Carson and I explain a few ways to enjoy Napa on the cheap. Tip and advice about how to visit Napa … END_OF_DOCUMENT_TOKEN_TO_BE_REPLACED

Home Videos Get To Know Argentina Wine | Wine Folly If you love Malbec, Argentina is your ultimate wine region. But that’s not … END_OF_DOCUMENT_TOKEN_TO_BE_REPLACED