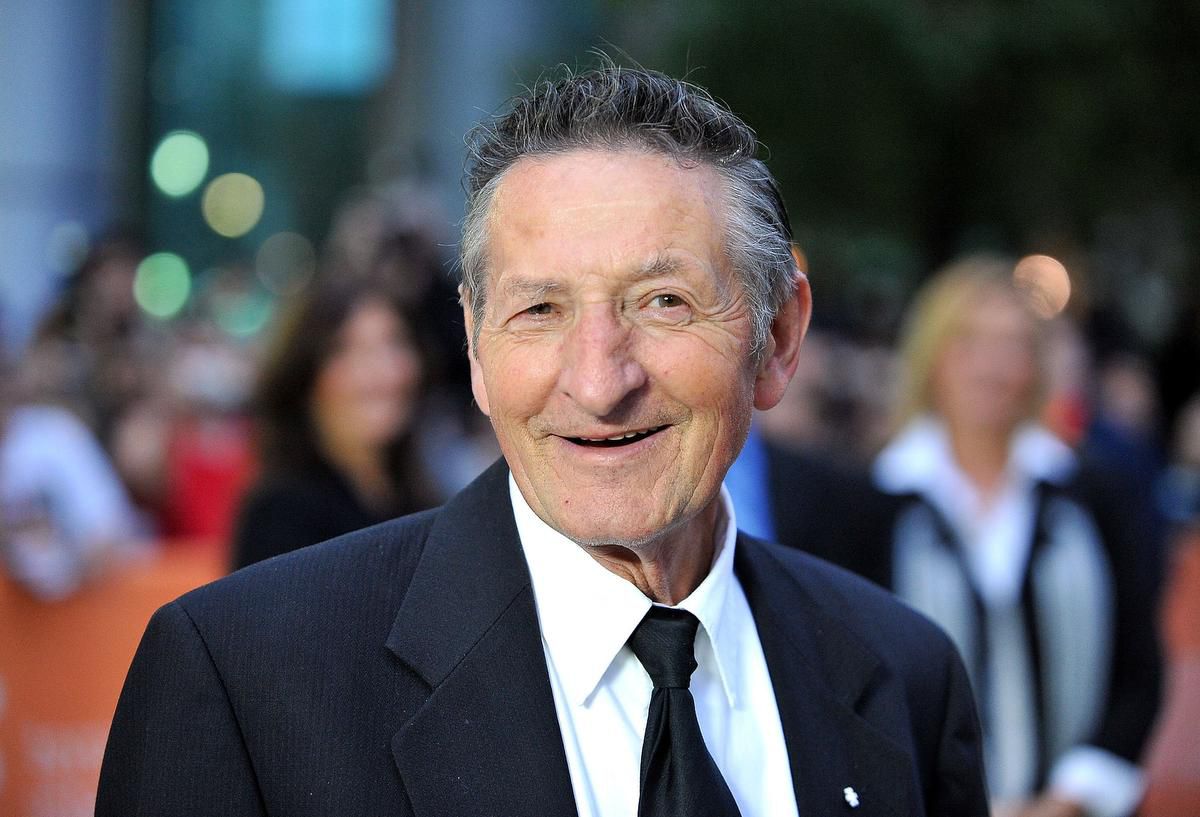 Walter Gretzky, who rose from humble beginnings to become the patriarch of this country’s most legendary hockey family, died Thursday. He was 82.

The retired Bell telephone technician was often referred to as Canada’s most famous hockey dad. Son Wayne, “The Great One,” tweeted the news of his death on behalf of the family late Thursday:

Wayne honed his skills in a backyard rink Gretzky built for his children and neighbourhood kids. It was dubbed “Wally Coliseum.”

“Everything I am is because of him,” Wayne once told the CBC in an interview.

When most fathers were resting in bed at night, Gretzky was running a hose over his backyard rink. It was his hockey academy, the classroom where he taught his sons the basics of the game.

While other dads slept in, Gretzky was up before dawn, wheeling through the snowy streets of Brantford to take his boys to hockey. He gladly suffered frigid arenas and cold feet to watch them play, always looking for a way to help them sharpen their game.

With a son like Wayne Gretzky, considered by many to be the finest player to ever lace up skates, there was never any doubt it was all worthwhile.

“You were my first teammate, you built my first rink, bought my first stick, and took me out at first light,” Wayne Gretzky said against a montage of old home videos as part of a Father’s Day video tribute he produced in 2016.

“You were the first defender I faced, the first goalie I scored on, and my first coach. My first fan, and my biggest. From my first step on the ice until my last step off of it, you were there for me.”

Gretzky was born on the family farm in Canning, Ont. in 1938. His mom made “good, old country Polish food,” including perogies that were “second to none,” he wrote in his autobiography, “On Family, Hockey and Healing.” His father, from Russia, specialized in making wine.

Gretzky went to work for Bell Canada after finishing school, and is reported to have lost hearing in one ear after an on-the-job injury. He stayed with the company until 1991, when he retired after 34 years.

His eldest son had barely learned to walk when Gretzky had him out on his backyard patch of ice, teaching him to skate. A grainy family film of a tiny Wayne Gretzky wobbling around the backyard rink has become part of Canada’s hockey folklore.

“I can remember being six years old and him saying, ‘You know you have something special. I don’t know what it is or why it is or how you got it, but you do have it,’” Wayne Gretzky recalled in a CBC interview 25 years ago.

“‘Whatever you’re going to do, do the best you can because you have something special. Don’t blow it.’ I always remembered that.”

Asked what was special about his son during an interview with the CBC, Gretzky had described No. 99’s “over-abundance” of dedication.

“He liked to perfect himself.”

As the Gretzky boys collected honours for their hockey skills, their dad built a shrine to their successes in his basement, a room that eventually became crammed with trophies, pictures and memorabilia. (The country was outraged in 2020 when thieves made off with approximately $500,000 U.S. worth of memorabilia from Gretzky’s home. Police later recovered some items, but said others were likely sold to collectors.)

Gretzky also coached two other sons. While Keith Gretzky did not make it to the NHL, he is assistant general manager of the Oilers. Brent Gretzky played 13 games in the NHL, all with Tampa, and played a season in the Maple Leafs system when the top farm team was in St. John’s, N.L.

Friends recalled that Gretzky was also an astute coach of other boys in the Brantford minor hockey system, including former Boston Bruins tough guy Stan Jonathan.

Despite the celebrity, he always remained down to earth, they said.

In the introduction to his autobiography, Gretzky wrote: “I’d say, more than anything, we are ordinary people who have had some extraordinary things happen to us. Maybe that’s why so many others feel comfortable approaching me and telling me their own stories — and I’ve heard them all, including some very sad ones. Whether I’m at home or on the road, I do what I can to help.”

Arnold Anderson, sports director of radio station CKPC in Brantford who died in 1999, once recalled that Gretzky was responsible for helping get his son Chris into the Hockey Hall of Fame.

“They have a corner at the Hall of Fame devoted to Wayne,” Anderson, who knew the Gretzkys for 25 years, had said. “There is a picture of the Brantford minor team Wayne was on the year he scored 800 points.”

Anderson’s son was also on that team, which Gretzky coached. “He only scored a few goals, but his picture is in the Hall of Fame because of Wayne.”

Gretzky was a part-owner of the Brantford Red Sox of the Intercounty Baseball League, and reportedly first learned of his son Wayne’s trade from the Edmonton Oilers to the Los Angeles Kings at the ballpark via three phone calls while he stood at the refreshment stand — from Peter Pocklington, Bruce McNall and his son.

Gretzky was always up to date on what was going on with his eldest son, Anderson had recalled.

“They were very close.”

In 1991, three days after his 53rd birthday, a stroke nearly killed Gretzky. It took him a number of years to recover, and the stroke eradicated several years of his long-term memory, including some important moments of his kids’ lives, according to the Bobby Orr Hall of Fame website.

That experience, including the depression that accompanied his recovery, was documented in the 2005 movie “Waking up Wally: The Walter Gretzky Story.”

“I wasn’t supposed to live in 1991,” Gretzky told the Brantford Expositor when the movie was being produced. “Every second of every day is precious to me.”

Gone was the workaholic. Now, he was a new man.

“The ’80s were certainly among the busiest and most exciting years of my life, and I can’t disagree with anyone from that time who portrays me as a chain-smoking worrywart with headaches and ulcers,” he wrote in his autobiography. “(Now) I can live joyfully in the moment better than I ever did before my medical crisis.”

Gretzky never stopped giving back to the community. In 2007, he was named to the Order of Canada, recognized for his contributions to minor hockey and support for numerous charities and non-profits, including the Canadian National Institute for the Blind and the Heart and Stroke Foundation.

In 2010, he carried the Olympic torch hours before the opening ceremony of the Winter Games in Vancouver.

Two years later, Gretzky was diagnosed with Parkinson’s disease, which his eldest son told the New York Times was “something that hits you right in the gut.”

“My dad put everything good into helping me play the game of hockey. He even would borrow two dollars from my grandmother so that I could get a hockey stick, to make sure that my stick was brand new,” Wayne Gretzky is quoted as saying.

“He always motivated me and pushed me.”

Gretzky’s wife, Phyllis, passed away in 2005. He leaves behind daughter Kim and sons Wayne, Keith, Glen and Brent.

Please share with us your best stories of Walter Gretzky, and your thoughtful condolences for his family.

Anyone can read Conversations, but to contribute, you should be registered Torstar account holder. If you do not yet have a Torstar account, you can create one now (it is free)

Conversations are opinions of our readers and are subject to the

Code of Conduct. The Star does not endorse these opinions.

Home Videos The WORLD of WINE – Wine News. Cheap wine, tasting notes and cooking with wine The World of Wine – May 2021 … END_OF_DOCUMENT_TOKEN_TO_BE_REPLACED

How to visit Napa Valley on a Budget. In this video Carson and I explain a few ways to enjoy Napa on the cheap. Tip and advice about how to visit Napa … END_OF_DOCUMENT_TOKEN_TO_BE_REPLACED

Home Videos Get To Know Argentina Wine | Wine Folly If you love Malbec, Argentina is your ultimate wine region. But that’s not … END_OF_DOCUMENT_TOKEN_TO_BE_REPLACED