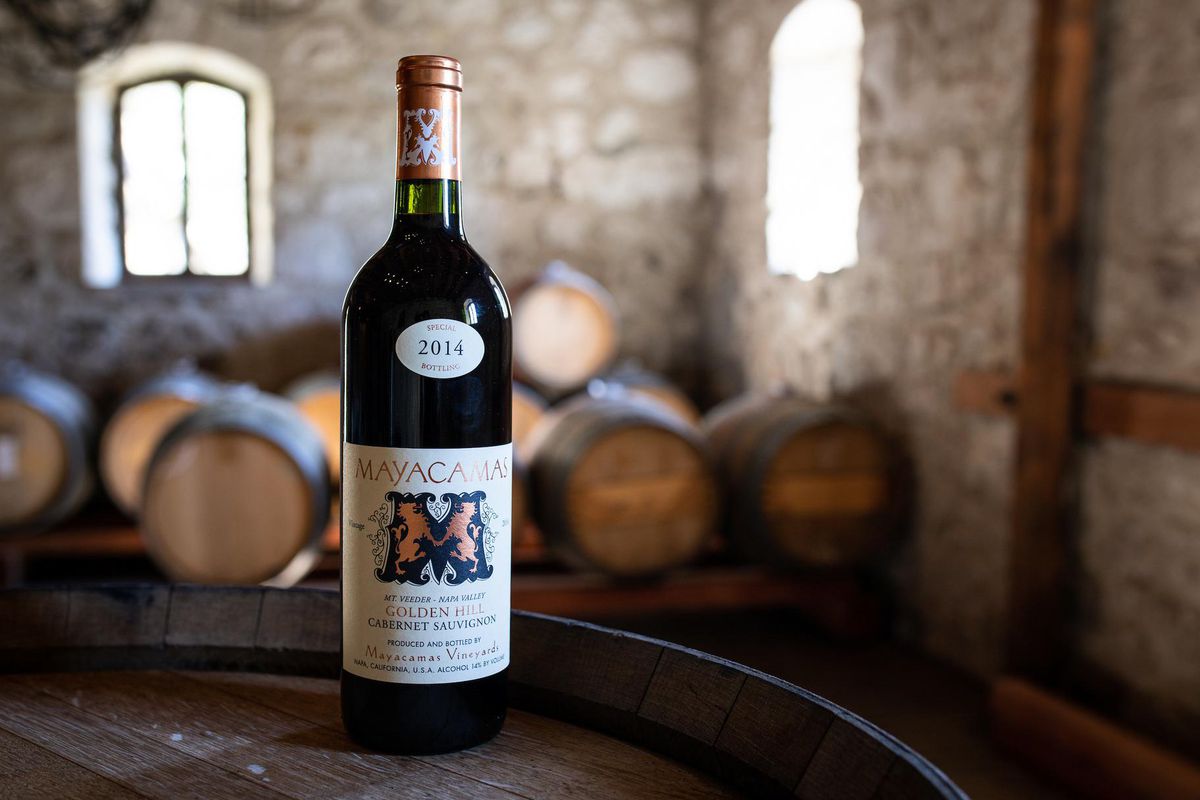 Vineyards can be interpreted as snapshots in time—the wines they produce even more so. While some aspects of a certain plot of land may seem steady, there is always life running through and around the place, with little and big adjustments at play as this life is sustained.

For many of us that love Napa Valley wines, Mayacamas is a fascinating spot to test this concept. Established in the late 1800s, and renewed again in the mid 1900s by Bob Travers—who notably entered the estate’s 1971 Cabernet Sauvignon into the Judgement of Paris—Mayacamas is rich in Napa Valley winemaking history. Since 2013, the vineyard and winery have been owned by the Jay Schottenstein family, and here is where we pick up the story.

As 2021 slides into spring, Mayacamas Vineyards winemaker Braiden Albrecht and director of marketing Kris Kraner share perspective on Golden Hill, which Albrecht calls one of the vineyard’s “best situated Cabernet blocks” sitting at 2,200 feet elevation on southwest exposure facing the headwaters of Redwood Creek. He says that this positioning allows the vines to mature evenly and enjoy “long ripening days above the summer fog but without extreme temperature.”

“The volcanic soils are more rock than dirt and provide a challenging growing environment for the vines,” says Kraner. “The Cabernet berries that come from these vines are small, intense and perfect for making a structured, complex wine.”

2021 will be a significant year for Mayacamas, the first vintage from new plantings that took place after fires damaged a majority of the vines in 2017. “As with all of our re-plantings, we used a mix of rootstock and plant material similar to that used by the Travers Family,” says Albrecht. “We are excited to give new energy to the wines from this unique location on the property, while also executing the classic style of Mayacamas Cabernet Sauvignon.”

The 2018 replanting was overseen by Phil Coturri, who worked with the Mayacamas team to select the appropriate rootstock. “Phil has been growing grapes in the Mayacamas Mountains for decades, so his insights from the challenges and triumphs of past vintages is invaluable,” says Albrecht.

Attention was paid to regenerative farming and “holistic ranch health” which Albrecht considers a “driving force” in the Mayacamas philosophy. “With advances in viticulture and deeper understanding of the site, we are better equipped for future planting and harvests.”

One interesting aspect of this philosophy is dry farming, which develops robust root structures in vines as they effort to seek out water. “We are working towards dry farming on the majority of our blocks and have already transitioned a number of our recent plantings to be dry farmed,” says Albrecht. “We anticipate returning the Golden Hill to dry farming once the new vines are established.”

Golden Hill is part of a 475 acre property on which only 50 acres are planted to vines, with many unique microzones sheltered within. “If it were up to me, I’d probably bottle every barrel separately,” says Albrecht, only half joking. As the estate pivots to organics with an eye on biodynamics, the natural ecosystem of mixed oak and evergreen woodlands surrounding Golden Hill and other plots maintains a strong importance as the vineyard occupies “nooks” that are seemingly “carved out of the forest,” he says.

“This has a tremendous impact on the growing conditions and ripening through natural effects such as forest canopy shade and wind intensity,” says Albrecht. He points out a section in the north east corner of Golden Hill that is bordered by dense forest that offers morning shade. He describes summer mornings in this little spot, where cooler temperatures and humidity hang out just a bit longer than elsewhere in the block. This adds up over the growing season and the grapes here take longer to ripen. “The impacts of wild nature and vineyards are vast and fascinating,” he says.

Back to the concept of a snapshot. In this case, the 2014 vintage of Mayacamas Golden Hill Cabernet Sauvignon, which is available in single bottles or as a set as part of a special bottling series. Made with the best fruit harvested from a pre-fire, pre-replanting vintage, Kraner reminds that “it cannot be reproduced, just as the vintage cannot be repeated in the same way.”

The Mayacamas team is refreshed and hopeful for the future, with the possibility of the estate’s new hospitality center opening this summer and the first harvest from the replanting to follow later this year. “We are confident through the replant that the future fruit harvested from this block will remain of exceptional quality,” says Kraner. “We continue to learn and leverage insights from our rich history as we both preserve and steward Mayacamas’s future legacy.”

Home Videos The WORLD of WINE – Wine News. Cheap wine, tasting notes and cooking with wine The World of Wine – May 2021 … END_OF_DOCUMENT_TOKEN_TO_BE_REPLACED

How to visit Napa Valley on a Budget. In this video Carson and I explain a few ways to enjoy Napa on the cheap. Tip and advice about how to visit Napa … END_OF_DOCUMENT_TOKEN_TO_BE_REPLACED

Home Videos Get To Know Argentina Wine | Wine Folly If you love Malbec, Argentina is your ultimate wine region. But that’s not … END_OF_DOCUMENT_TOKEN_TO_BE_REPLACED