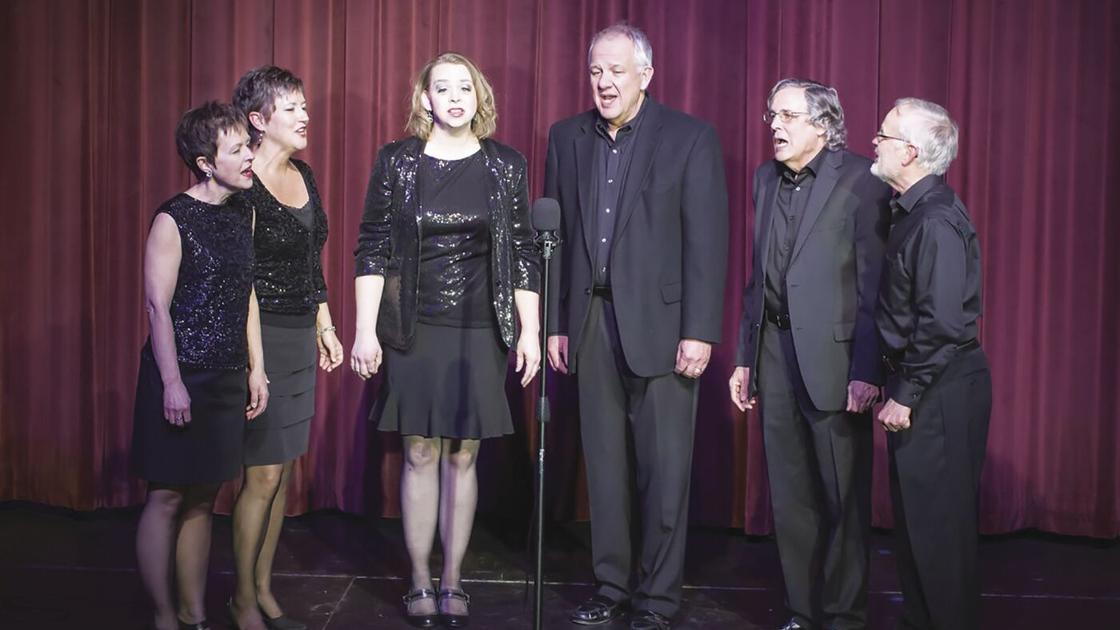 Tuesday nights haven’t been the same for members of the South Metro Chorale.

The chorale hasn’t met since then, leaving holes in schedules on Tuesday nights when members would have been rehearsing at Twin Oaks Middle School in Prior Lake.

“For a lot of members we learn that it’s a lot about making music, yes, but it’s also about the community and kind of the ritual aspect of seeing the same people every Tuesday,” said Mark Bilyeu, who has directed the group for three years and was assistant director and accompanist for three years before that.

To partially compensate for a year interrupted, the chorale will present a virtual cabaret concert March 5-7 — a best-of compilation of the showy numbers members have performed in small groups over the years. An annual cabaret concert is the group’s main fundraiser, usually held the first weekend in March at the Lakeville Area Arts Center.

Chorale member Suzanne Mills-Rittmann has been an eager participant in the lighthearted concert of show tunes, pop hits and jazz numbers that depart from the traditional choral canon. She’s been part of a trio’s choreographed version of “Stop! In the Name of Love” and a slightly larger ensemble’s rendering of “Chattanooga Choo Choo” as interpreted by a cappella group the Nylons.

But for the past year, her Tuesday nights haven’t been the same.

“Singing in a group like this, some of these people become your best friends,” said Mills-Rittmann, of Burnsville, who sang with St. Olaf College’s renowned choral program as a student in the 1980s. “You look forward to participating in the rehearsal once a week. Oftentimes we might go out afterwards and spend more time together. You really miss that opportunity to see these people because of COVID and have the opportunity to sing as well. Those of us who participate in this, obviously we enjoy singing and being in a group. And we can’t.”

The chorale, which marked its 20th anniversary last year, was founded by Loren Squires, who directed Burnsville High School choirs for 35 years. Originally conceived as a BHS alumni choir, the group now has a core of members from Burnsville, Savage, Prior Lake and a few other cities, Bilyeu said.

It’s become a “thriving arts organization” in a region with many, he said.

The chorale typically has 40 to 50 members, said Mills-Rittmann, an alto and former chorale board member.

“We do sing quite difficult music at times, and that’s only because the chorale on a whole can perform it,” said Bilyeu, the group’s fourth director. It has a “larger than average” core of members with some formal training but doesn’t use lack of credentials as a barrier to membership, he said.

And, with individual members recording their parts at home, the chorale recorded two songs for video. It also hosted a virtual wine-tasting event featuring Croatian wines and an appreciation for that country’s a cappella form called klapa.

The cabaret concert is another matter.

“It is a stretch for a lot of chorus members,” Bilyeu said. “The skills that we built as chorus-singing people, whether at church or school or college, is that none of us are more important than anybody else.”

But some members love the small-group spotlight.

“People come in all kinds,” Bilyeu said. “That’s what makes a community choir so vibrant in my experience.”

Based on a member survey of past favorites, Bilyeu assembled a one-hour collection of performances and fresh interviews with some of the performers. It will be shown March 5-7 on the South Metro Chorale website (southmetrochorale.org).

“There will be options to donate,” Bilyeu said. “But it will be free to watch.”

The chorale’s cabaret concert tradition is at least 15 years old, and some of the groups have been honing their acts for years, Mills-Rittmann said.

“I joined the choir the second year it was in existence and have really enjoyed participating all these years,” she said. “I’ve been in other choirs and continue with them, but I would never give up the South Metro Chorale, and a lot of that has to do with the social aspect of it, the friendships I’ve created.”

Home Videos The WORLD of WINE – Wine News. Cheap wine, tasting notes and cooking with wine The World of Wine – May 2021 … END_OF_DOCUMENT_TOKEN_TO_BE_REPLACED

How to visit Napa Valley on a Budget. In this video Carson and I explain a few ways to enjoy Napa on the cheap. Tip and advice about how to visit Napa … END_OF_DOCUMENT_TOKEN_TO_BE_REPLACED

Home Videos Get To Know Argentina Wine | Wine Folly If you love Malbec, Argentina is your ultimate wine region. But that’s not … END_OF_DOCUMENT_TOKEN_TO_BE_REPLACED