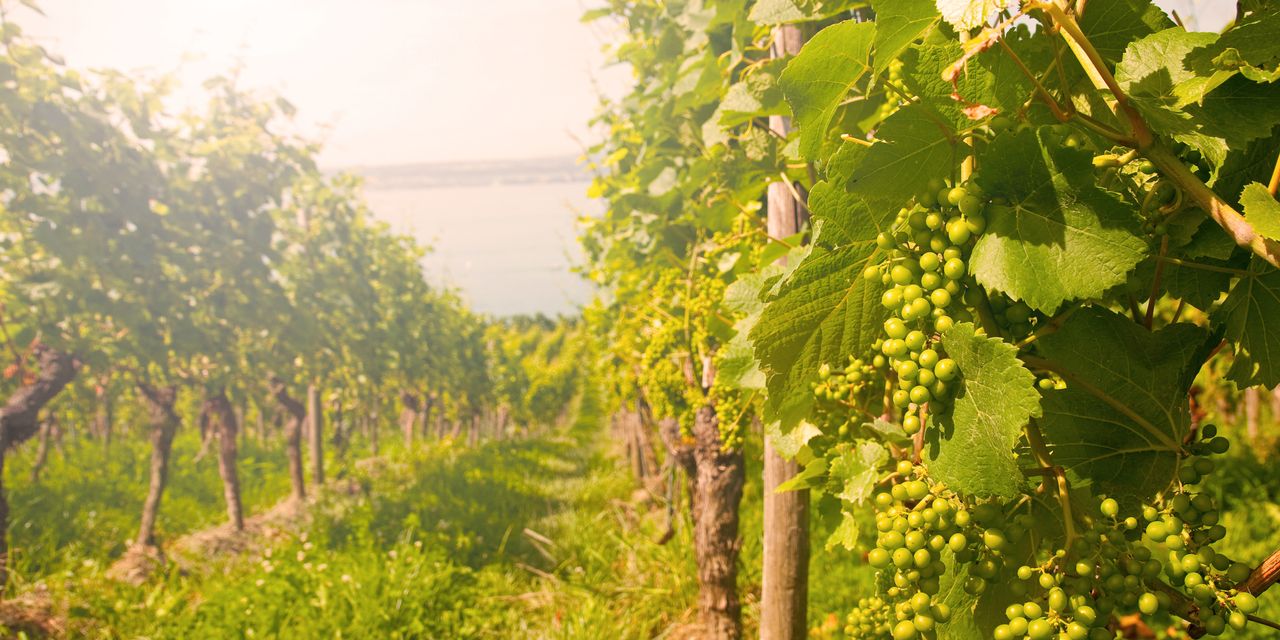 Wine-loving stock investors will soon have a new pure-play bet on the category thanks to a coming blank-check company merger. The wine business generates $45 billion in annual sales in the U.S. alone, and—unlike the beer or liquor industries—there aren’t any giant companies that dominate the market. The top U.S. wineries make up only a fraction of the industry’s total output.

The door is wide open for a consolidator, says
Pat Roney,
founder and CEO of Vintage Wine Estates, a Santa Rosa, Calif.-based wine producer with vineyards across the Napa and Sonoma valleys, and elsewhere. Over the past two decades, Roney has grown VWE through more than 20 acquisitions. It now boasts over 50 brands and annual output of nearly 2 million cases.

“The benefits of the portfolio approach are that we diversify across a broader segment of consumers, and we can increase efficiencies in our supply chain by consolidating bottling, distribution, and spreading costs out more,” Roney, who is also VWE’s controlling shareholder, tells Barron’s.

Vintage Wine Estates agreed in early February to merge with Bespoke Capital Acquisition (ticker: BSPE), a special-purpose acquisition company, or SPAC. The deal assigns VWE an enterprise value of $691 million. If approved by shareholders, the companies expect to close their merger by May, when Bespoke Capital Acquisition’s ticker symbol will convert to “VWE” and Vintage Wine Estates will become the surviving public company.

“Unlike spirits, the wine category is very fragmented,” says Bespoke Capital Acquisition’s chairman,
Paul Walsh,
who served as CEO of beer and liquor giant Diageo (DEO) from 2000 until 2013. “We can continue to drive organic growth, but really supplement that with very attractive acquisitions.”

VWE—whose brands include Girard Winery, Clos Pegase, Swanson Vineyards, and B.R. Cohn—offers wines ranging from $10 a bottle into the hundreds of dollars, but is most focused on the $10 to $20 range. That’s where some 80% of the industry’s volume is, and it’s also the fastest-growing price point, up about 6% annually in recent years.

“For me, one of the compelling reasons behind VWE’s success is its diversity of channel, which is a major competitive advantage,” says Walsh. The company’s output is split about evenly among wholesale, business-to-business, and direct-to-consumer channels. Wholesale means sales to liquor stores and restaurants, while business-to-business includes private-label wines sold at

(KR), or other major retailers. Direct-to-consumer includes sales directly from VWE’s vineyards, via ecommerce, and through wine clubs and the like.

That diversification across channels helped VWE’s business weather 2020, Roney says, when many restaurants were closed due to Covid-19 precautions. VWE’s direct-to-consumer sales volume was up 45% year over year during the harshest lockdowns in the spring of 2020, and Roney expects ecommerce to make up a growing portion of wine sales in the future. VWE is in the process of adding a second distribution center to increase its capacity and decrease shipping times.

The company had $198 million in revenue in 2020, and $28 million in adjusted Ebitda, or earnings before interest, taxes, depreciation, and amortization. Roney sees revenue growing to about $500 million, and Ebitda topping $100 million, in the next five years. That’s about a 20% top-line compound annual growth rate, continuing VWE’s performance over the past decade, along with some profit-margin expansion. Target acquisitions will get bigger too, from around $20 million to $40 million historically to $100 million or more.

Deal proceeds will go mostly toward resetting VWE’s balance sheet for future acquisitions, says Mark Harms, Bespoke Capital Acquisition’s CEO and a managing partner at private-equity firm Bespoke Capital Partners. Harms expects VWE to have the balance-sheet capacity for more than $1 billion of acquisitions after the transaction closes. The deal will eliminate $241 million of VWE’s $375 million of debt and add $58 million in cash to its balance sheet. At closing, the company will have $123 million in debt and $119 million in cash on its balance sheet. Another $41 million will go to buying out a private-equity firm’s stake and unvested management stock compensation.

Those funds all come from Bespoke Capital Acquisition’s $365 million trust, with no additional money coming in. SPAC mergers often include a private investment in public equity, or PIPE, at the time of the merger.

Roney is rolling over his entire stake in the company, and he and other shareholders in VWE and Bespoke Capital Acquisition are subject to 18-month lockups. The company will have about 69 million shares outstanding after the merger, with another 3 million shares for VWE’s existing investors vesting at $15 and $20, versus the SPAC shares’ recent $10.02. Those terms are meant to signal investors’ and management’s long-term conviction in the company beyond the transaction’s close. The SPAC’s sponsors and VWE’s management are better aligned with public shareholders than is the case in many other SPAC deals, where sponsors’ compensation isn’t tied to the stock’s performance post-merger.

VWE’s current owners will hold about 39% of the post-merger company, with Bespoke Capital Acquisition’s shareholders owning almost 53% and its sponsors getting 9%. Walsh, Harms, and a third member of the SPAC’s team will join VWE’s board of directors after the merger closes, with Walsh serving as chairman.

Bespoke Capital Acquisition initially listed on the Toronto Stock Exchange in August 2019, targeting a merger with a cannabis company. It pivoted last year, and added a Nasdaq listing earlier this month.

SPACs exploded onto the investment scene in 2020, due to a flood of liquidity, a frothy market, and a strong appetite among investors for new public companies. Almost 250 SPACs raised $83 billion in new issues last year, according to SPAC Insider, and another 160 have already gone public in 2021, raising another $48.3 billion. Companies including

(SPCE) have been among the highest-profile companies to come public via SPAC mergers.

Home Videos The WORLD of WINE – Wine News. Cheap wine, tasting notes and cooking with wine The World of Wine – May 2021 … END_OF_DOCUMENT_TOKEN_TO_BE_REPLACED

How to visit Napa Valley on a Budget. In this video Carson and I explain a few ways to enjoy Napa on the cheap. Tip and advice about how to visit Napa … END_OF_DOCUMENT_TOKEN_TO_BE_REPLACED

Home Videos Get To Know Argentina Wine | Wine Folly If you love Malbec, Argentina is your ultimate wine region. But that’s not … END_OF_DOCUMENT_TOKEN_TO_BE_REPLACED