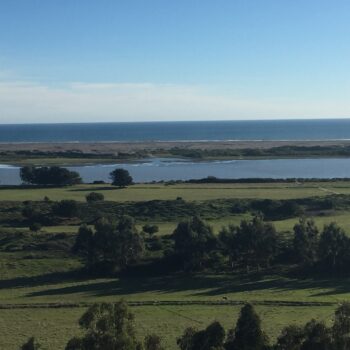 
Chile’s Viña Aresti is expecting “extreme” results from a new project that has seen it plant some of the closest vineyards to the Pacific Ocean, as well as some of the highest vineyards in Chile. Db caught up with winemaker Jon Usabiaga to talk about the project. 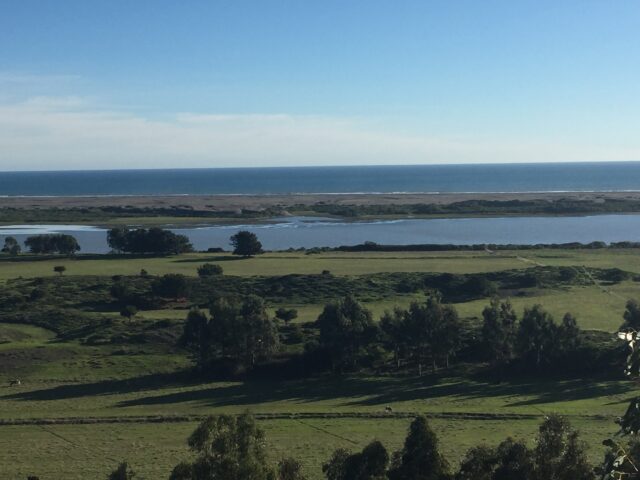 The new Trisquel Series plantations in the coastal area of Curicó, in the coastline district of Iloca, started last September when the team planted two varieties, Sauvignon Blanc and Pinot Noir in a small 2 hectare plot close to the sea.

The aim behind it is to discover a new terroir in the Curicó valley, which will provide an example of what the valley is capable of producing, from its most furtherly Eastern point, to complement its work high in the Andes

Speaking to the drinks business last month, Usabiago said the project highlighted the Curicó-based winery’s commitment to researching the deep terroirs and varying climatic conditions across the Curicó valley from the Andes to the coast.

The new vineyard is site around 500-700m from the Pacific Ocean, close to the mouth of the river at Iloca, situated on a plateau 40m above sea level, there the plants are protected from the wind. 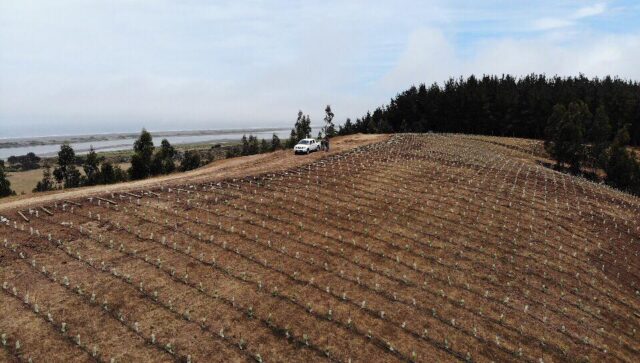 “It’s just 2ha, so probably 15 tonnes of each variety, so it’s not a lot of cases, it’s exploring, a small production of maybe 100 cases,” winemaker Jon Usabiaga explains, “No one else is planting vineyards so close to the sea as far as we know – will have be the winery with the highest wines and the closest to the sea.”

It will, he says produce “something exciting and extreme”, which will be sold under Aresti’s boutique Trisquel Series range.

“It’s very exciting for us as it probably one of the closest vineyards in Chile to the Pacific Ocean so we can’t wait for the result,” he explains. “It’s so close to the sea, it’s a very cool area and although it has afforded some difficulties with the growing of the vines, at the same time we are waiting for some expressions in the extreme conditions.”

It is similar with the high altitude plantation of Merlot he explains, which he describes as “extreme in terms of compounds, smells, and aromas in the wine.” Here we expect something quite intense, that’s our expectations on that block.”

As Cristian Becerra, commercial director for Europe points out, the Aresti brand, which Trisquel is a part of, is more premium and boutique and is all about the unique micro-terroir in Curicó, compared to its more “mainstream” Espiritu de Chile brand.

“Normally we allocate wines to our main markets, and if we cross-refer that to markets that are strong in Pinot Noit and Sauvignon Blanc, we’d probably be thinking of the US and Canada, North America, UK and Ireland, as well as Asia, Japan,” he explained. “But the reality is that we work by allocation, so we allocate to all of our main markets – maybe not all the varieties – so the idea is to have a representation of the range in every relevant market for us.”

The project comes hot off the heels of its launch of its heritage blends under the Espíritu de Chile Patrimoniales label, which saw a white and a red blend, using some of Chile’s best-known varieties including Semillón and Moscadel (one of the the first wine varieties brought by the Spanish colonisers), as well as Pais, Carignan and Cinsault from Itata.

Ignacio Montt, the winemaker for the company’s Espiritu de Chile brand, says this has helped bring greater sustainability to the growers. “What we’re doing is going straight to the small producer and offering them the best price – it’s fairly trade [although not certified as part of the official Fair Trade organisation] but they’re very grateful for that, and the quality [of the grapes] is very good,” he explains.

Following the relaunch of the Espíritu de Chile brand last year, Becerra says it is beginning to gain traction in the competitive UK market, a key target market where it feels it has underperformed, despite Chile having a strong appeal to consumers. 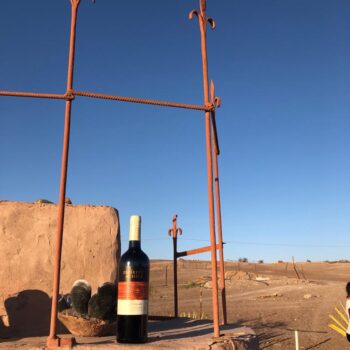 Espiritu was “born as a brand for retail, and it’s a very strong concept as it’s one of the only wine brands with the word ‘Chile’ on the label,” he explains, adding that it is strong in central and Eastern Europe, and Scandinavia.

“With last year’s relaunch, we are very happy at receiving our first results in the UK, starting with the first off-trade listing by the end of this year,” he said. “Even in neighbouring markets such as in Ireland, we have a history of great success working in retail, one of top 5 from Chile, the UK has been particularly difficult for us, but now we are optimist. We have a very good partnership, we’re working with Freixenet Copestick and starting to get some good results.”

The company is also working to revive the lost viticultural tradition in the oasis town of Pica, in northern Chile’s Tarapacá region. Working with small producers, it has planted 100 vines from six varieties – Cabernet Sauvignon Carmenère, Cabernet Franc, Petit Verdot, Malbec and Syrah – to investigate how they grow in a very warm and high luminosity climate. It is also researching the influence of UV radiation on the polyphenolic composition of grapes and wine through the project.

“We are excited about the results and we hope to expand the plantations to new and for more hectares and get the best varieties that work very well,” Montt explains. “It’s a long term project think maybe 2023 we might have something commercial.”

Although there were once vines in the region, the last vintage there was 1927, and the town has become more famous for its citrus fruit.

“Our idea with them is to have a revival after many years,” Montt says. “We are working with local farmers from Pica, Matilla and Quisma as well as Pica’s technical school, teaching the people about winemaking techniques to recover their ancient winemaking skills which they lost.”

The team are also working to uncover and restore the old lagars – the large stone trough/amphoras which were used to produce wine many years ago, which have become buried over the years.

Earlier this month, the company revealed a new “strategic alliance” with Buglife to support biodiversity in the UK, on the back of its study into the native bee population in Chile’s Curicó Valley.

Home Videos The WORLD of WINE – Wine News. Cheap wine, tasting notes and cooking with wine The World of Wine – May 2021 … END_OF_DOCUMENT_TOKEN_TO_BE_REPLACED

How to visit Napa Valley on a Budget. In this video Carson and I explain a few ways to enjoy Napa on the cheap. Tip and advice about how to visit Napa … END_OF_DOCUMENT_TOKEN_TO_BE_REPLACED

Home Videos Get To Know Argentina Wine | Wine Folly If you love Malbec, Argentina is your ultimate wine region. But that’s not … END_OF_DOCUMENT_TOKEN_TO_BE_REPLACED