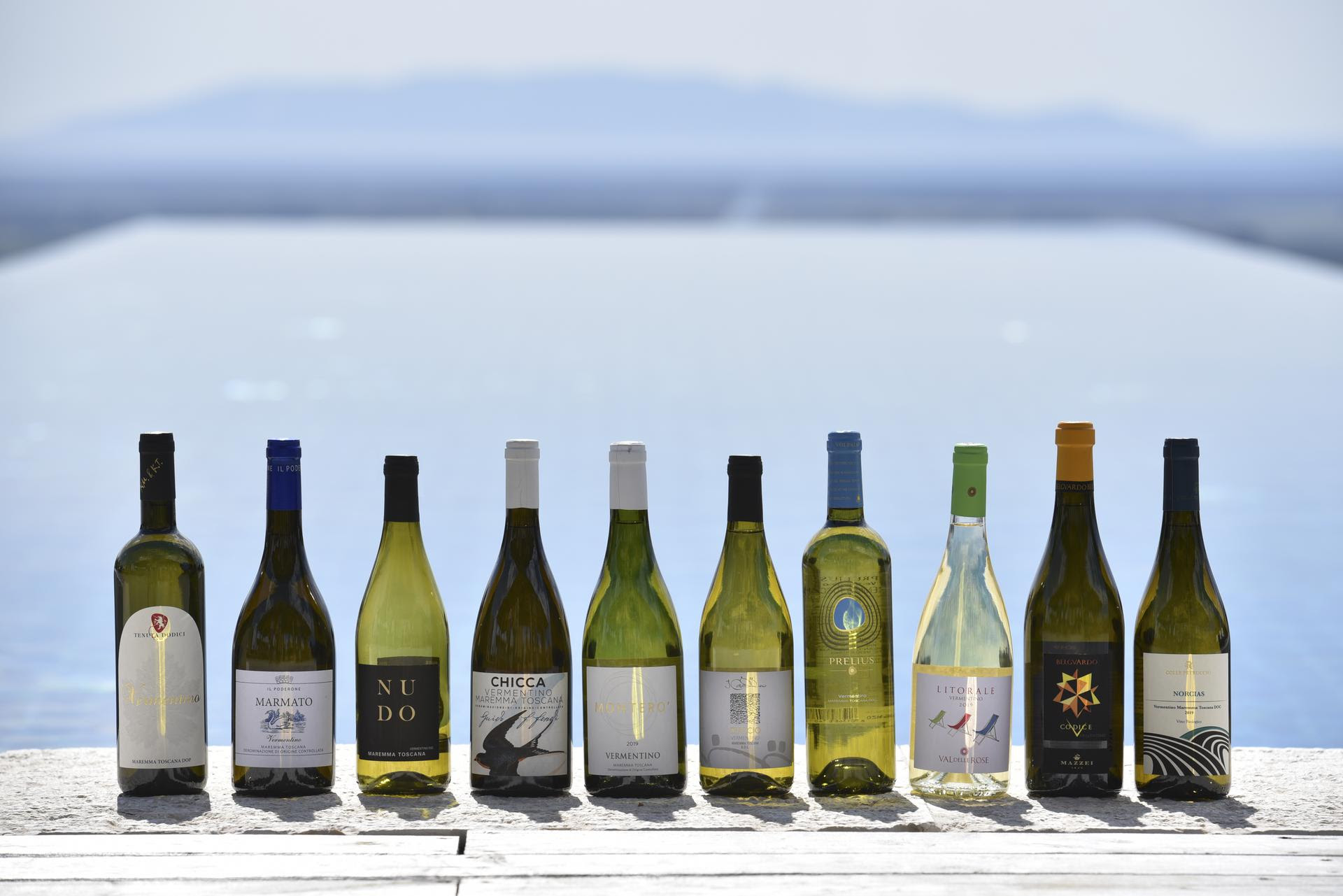 The Consorzio Tutela Vini della Maremma Toscana forges ahead with its project to promote Vermentino which, in 2020 for the first time, was the appellation’s most-bottled grape variety.

Wine is on the rise on the domestic and international fronts, and Vermentino is a driving force behind the growth of DOC Maremma Toscana.

April 28th – The second edition of the Vermentino Grand Prix blind tasting, organized by the Consorzio Tutela Vini della Maremma Toscana, took place April 17. “I am more certain than ever that our Vermentino Maremma Toscana DOC has what it takes not only to position itself among the great white wines of the world, but also to compete against the great Tuscan reds, becoming one of the major cornerstones of our appellation,” affirmed Consorzio President, Francesco Mazzei, who has set his sights on this variety for years. “This is an especially versatile vine, suited to the production of both young and aged wines. Combined with a still pristine and quite varied zone that extends from the coastal area to the Colline Metallifere and to Mount Amiata, and with the ability of the individual wine growers and producers to enhance, in cellar, the grapes from the various zones, this ensures consistent qualitative improvement in wines with outstanding consumer appeal,” continued Mazzei. With 832 hectares in production in 2021 (in 2006 there were 138, a leap from 2.2% to 9.5%), Vermentino is the first white grape variety cultivated in the province of Grosseto and accounts for more than 50% of the Vermentino produced in all of Tuscany. In 2020, this variety represented one-third of the entire DOC Maremma Toscana harvest, with 1,722,400 bottles produced. This made Vermentino Maremma Toscana DOC the most bottled variety (30% of the total) of the DOC Maremma Toscana, even outperforming the reds (28%).

The jury for the Vermentino Grand Prix tasting included industry experts and star-rated restaurateurs from the Maremma Toscana region, because in order to launch the multi-faceted Maremma brand, it is critical to team up and create synergies.

The 67 competing wines differed from one another based on region of production, wine-making methods employed and vintage. “As was the case last year, the awards went to the 100% Vermentino wines and some of the more mature ones from the previous year, even though they were in the minority. As the quality continues to improve, the wine-makers’ concerted efforts with this variety were much appreciated and we must continue to move ahead with a well-defined objective in order to ensure the success of our appellation,” concluded Mazzei. Inclusion of the Vermentino Superiore wording in the disciplinare [production standards and specifications] was approved at a recent Consorzio member meeting in order to provide a ‘home’ for those wines with more noteworthy structure, complexity and longevity that are the product of special selection and wine-making processes. No surprise, Vermentino Superiore is expected to be marketed a year later.

The Consorzio Tutela Vini della Maremma Toscana was founded in 2014 after the institution of the DOC, and today it includes 284 wine companies, 97  of which grow and vinify their own grapes and bottle their wines for a total amount of 6 million bottles produced per year. Among the Tuscan PDOs, the DOC Maremma Toscana is  the 3rd widest area planted with vines (after Chianti and Chianti Classico areas) featuring many small and medium-sized local winegrowers alongside the most famous names of the Italian wine.

Home Videos The WORLD of WINE – Wine News. Cheap wine, tasting notes and cooking with wine The World of Wine – May 2021 … END_OF_DOCUMENT_TOKEN_TO_BE_REPLACED

How to visit Napa Valley on a Budget. In this video Carson and I explain a few ways to enjoy Napa on the cheap. Tip and advice about how to visit Napa … END_OF_DOCUMENT_TOKEN_TO_BE_REPLACED

Home Videos Get To Know Argentina Wine | Wine Folly If you love Malbec, Argentina is your ultimate wine region. But that’s not … END_OF_DOCUMENT_TOKEN_TO_BE_REPLACED