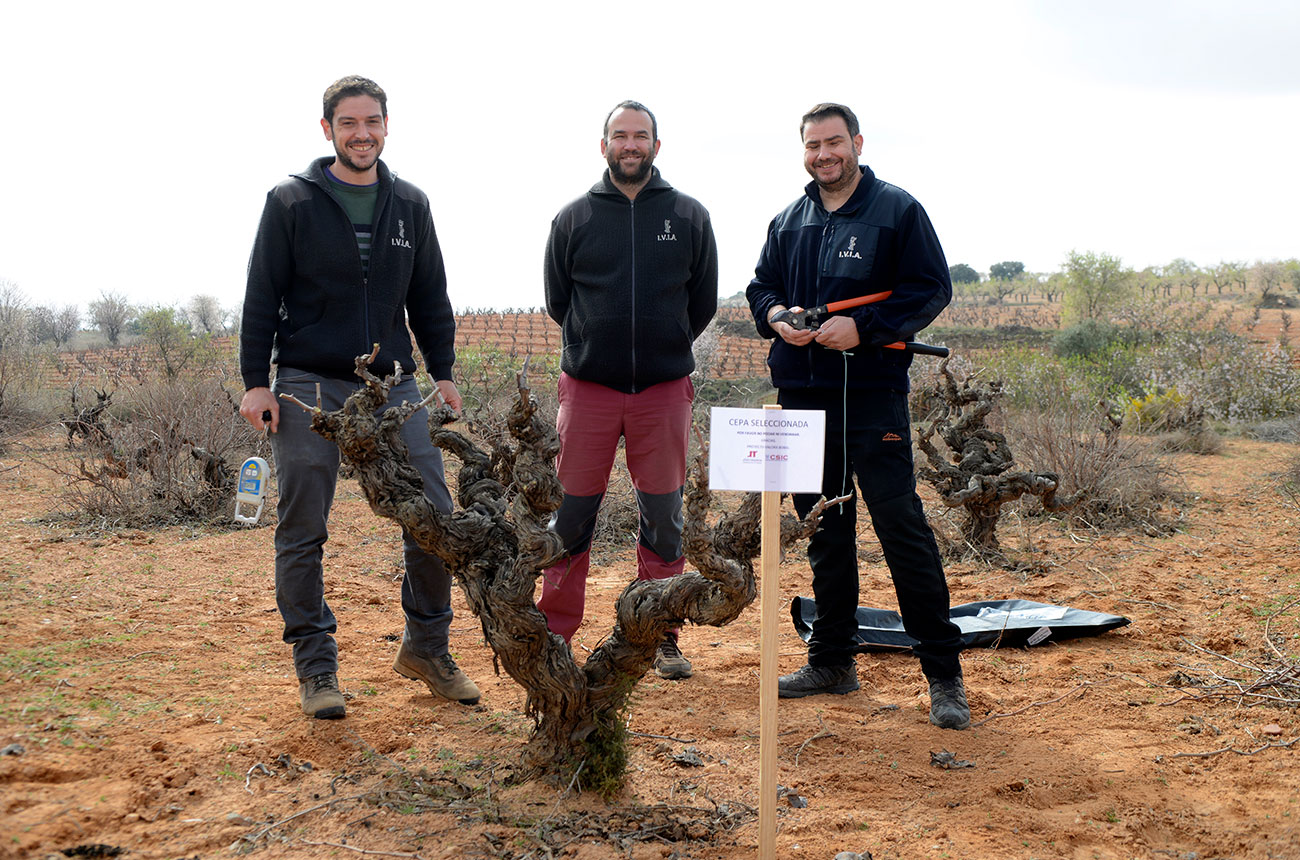 Utiel-Requena DO and its main grape, the black variety Bobal, are inextricably entwined. Nearly 40% of the world’s total Bobal plantings are in Utiel-Requena. It is the appellation’s key variety, accounting for 67% of plantings in the DO’s 32,560ha of vineyards. On top of this, nearly half of Utiel-Requena’s Bobal vines are old vines, 40 years plus, making a rich reserve.

A research project – ValoraBobal – aims to strengthen that position in two ways. Firstly, researching ways to take advantage of Bobal’s inherent hot, dry climate-tolerance, and the grape’s high quality attributes. Secondly, by identifying the worth and value – both economic and emotional – of this old-vine heritage, the aim is to encourage growers to preserve, and to make high quality wines from, their old vines. This will, it is hoped, improve profitability of the sector.

The lay of the land

Utiel-Requena is located in the autonomous community of Valencia in central eastern Spain. The eastern boundary of the appellation is 65km from the Mediterranean coastal city of Valencia. This inland vineyard area is a transitional plateau between the coast and the Castilian end of Spain’s high central plateau (meseta).

The DO has an average elevation of 720m above sea level, with vineyards ranging in elevation from about 650m to more than 900m among the foothills towards the central meseta. Plateau is something of a misnomer, as the region comprises many valleys and small hills.

Bobal has evolved in this environment. It is already well-adapted to these conditions – it is both heat-tolerant, and drought-tolerant. These are two of the attributes ValoraBobal aims to build on.

Combining two decades of regional climate data, and data from the first phase of research (2018 to 2020) the team have tentatively proposed some possible areas with broadly different climatic features. This is helping to inform the next phases of the project, which will explore in detail parameters such as soils, vineyard site climate (smaller scale than the regional climate), and, importantly, those vineyards with old vines.

How is it – and where is it – that old vines have survived? What parameters explain any differences in fruit quality produced?

Bobal in the spotlight

Bobal, it turns out, is the world’s 13th most widely planted grape variety, and is indigenous to this part of Spain. Few of us have heard of it, because, historically, deeply coloured Bobal was mixed with commercial blends to boost the colour of these wines. It is only in the last decade or so that its high quality potential is being identified. It seems this variety has been hiding its light under a bush(el) vine, sometimes of considerable age.

It also turns out that Bobal inherently has a lot of good things going for it. The heat- and drought-tolerance of the grape confer a natural advantage in a climate-heating world. What’s more, with its deep colour and dark berry fruit flavours it is capable of producing quality wines.

Even in the heat, which might normally encourage greater sugar production, Bobal tends to produce rather modest sugar levels, resulting in wines with rather modest alcohol levels. Equally importantly in its hot homeland, grapes are able to maintain good acid levels during ripening. Added to which Bobal has a naturally high concentration of resveratrol in its skins, a natural antioxidant.

On the downside, Bobal tends to ripen unevenly, which means the variety’s naturally high tannin levels may be both ripe and unripe on the same bunch. However, when winemakers get the tannins ripe, the variety can produce high quality, fresh, flavoursome, even age-worthy wines, with modest alcohol.

In one high quality example that’s already being produced, ‘velvety’ has been used to describe the ripe tannin texture achieved. The tannin conundrum forms part of the research agenda.

ValoraBobal is an 11 year research project that started in 2018. The aim, according to Diego Pérez, the director of certification at the Consejo Regulador of Utiel-Requena DO is to carry out: ‘Research that would demonstrate the value of [our] great wine heritage that we have in our territory, that seal of identity that identifies us as DO.’

The ValoraBobal project is a collaboration between the Consejo Regulador of Utiel-Requena with the specialist research centre for the influence of soil, especially on plants, for example grapevines (CEBAS) at the Spanish National Research Council (CSIC), and the Valencian Institute of Agrarian Research (IVIA), which promotes research in the Valencian agri-food sector.

Its aims are to identify clones that are capable of both adapting to climate change and retaining the ability to grow Bobal healthily and sustainably, as well as producing grapes with traits that enable high quality winemaking. It is hoped that the science will highlight the value reposited in the region’s old vines, and encourage growers to preserve their viticultural heritage.

Results of Phase One

Phase One of ValoraBobal, which ran from 2018 to 2020, is complete. One outcome is the speculative idea around sub-regional climatic differences, for ongoing research. The major outcome is that the DO’s oldest Bobal vines have been mapped, assessed, and samples taken, focusing on three areas:

From this detailed research, a longlist of 100 phenotypes (genes-plus-environment) has been identified. These have been planted in a dedicated research vineyard to monitor all the above attributes during Phase Two (2020 to 2023).

Planted alongside the longlisted phenotypes are existing Bobal clones that have been commercially available for 30 years. Performance data are already well established for these clones, so they are expected to act as a sort of ‘control’ for the research. It’s anticipated that from the results of the analyses of this second phase, a shortlist of around 30 clones will be selected.

While it is impossible to predict the results of research that has not yet taken place, it would be logical to imagine that clones which include earlier-ripening traits would be suitable for cooler (higher elevation) vineyards. Equally, clones with accentuated drought tolerance might be the best fit for drier areas. Equally, less compact bunches might improve homogeneity of within-bunch tannin ripening. Time, and research, will tell.

Home Videos The WORLD of WINE – Wine News. Cheap wine, tasting notes and cooking with wine The World of Wine – May 2021 … END_OF_DOCUMENT_TOKEN_TO_BE_REPLACED

How to visit Napa Valley on a Budget. In this video Carson and I explain a few ways to enjoy Napa on the cheap. Tip and advice about how to visit Napa … END_OF_DOCUMENT_TOKEN_TO_BE_REPLACED

Home Videos Get To Know Argentina Wine | Wine Folly If you love Malbec, Argentina is your ultimate wine region. But that’s not … END_OF_DOCUMENT_TOKEN_TO_BE_REPLACED