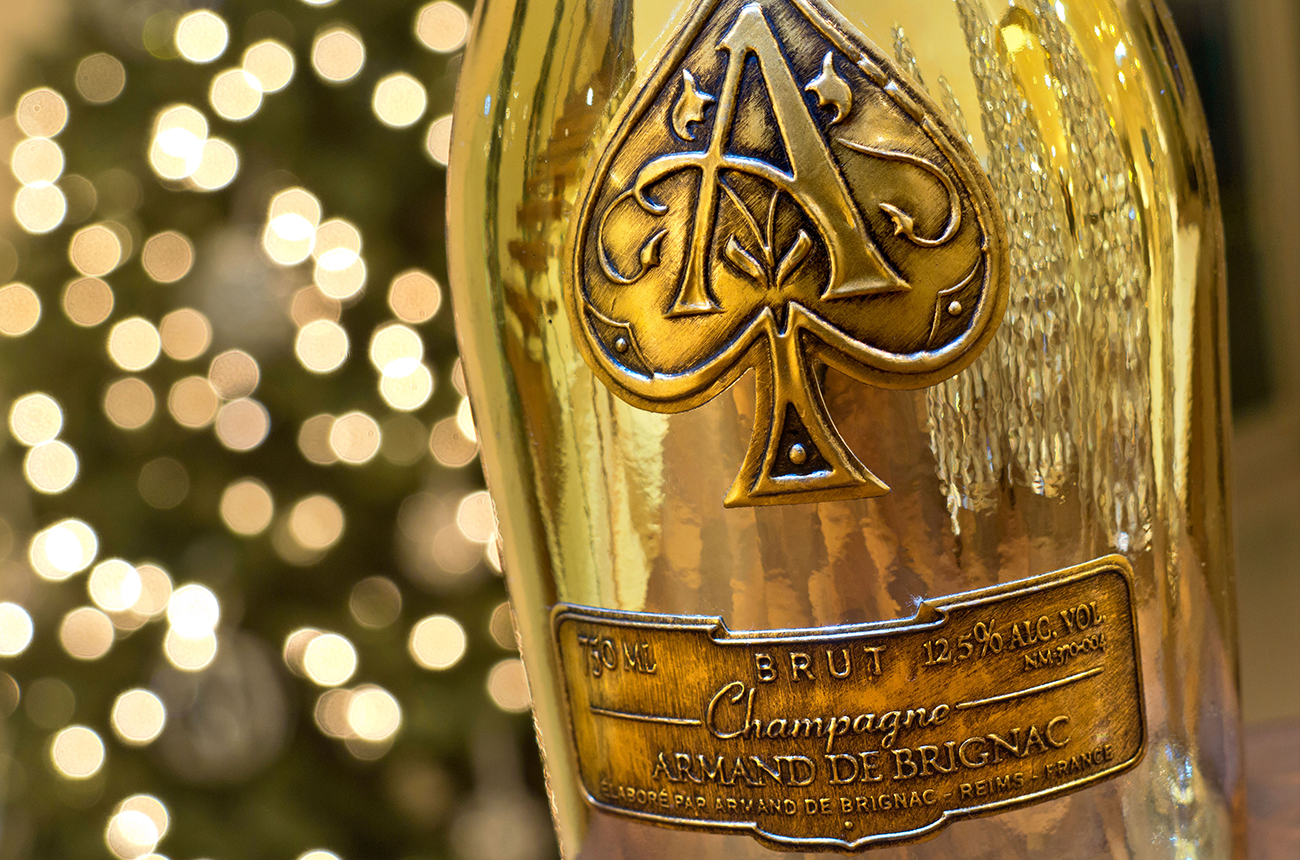 Hip-hop fans might have glimpsed the brand’s ostentatious, gold bottle making a cameo appearance in Jay Z’s 2006 video for ‘Show Me What You Got’.

Scroll down to see the tasting notes & scores

Ace of Spades has a reputation as a party Champagne and is believed to be the only one available in a 30-litre ‘Midas’ bottle.

Russian footballers from Euro 2016 found this out to their cost over the summer after being fined for attending a beach party where trays of the Champagne were being served to guests with sparklers, to the tune of the Russian national anthem.

But behind the high roller image, how good is the wine?

It is, after all, made by the Cattier family, which founded its Champagne house in 1763, before the French Revolution.

‘If you put aside the bling bling packaging and the high price tags, the content of the bottles is actually quite impressive,’ said Decanter’s former tasting director, Christelle Guibert, after sampling the range in 2016.

‘With the 100% Pinot Noir ‘Blanc de Noirs’ going for £695, Armand de Brignac is one of the most expensive Champagne on the market. Yes, it is very expensive but so is some of the other luxury Champagne, so we are not here to discuss value.’

The Blanc de Noirs Assamblage Three (A3) was launched in the UK in September 2019.

‘The Blanc de Noirs A3 is an extraordinarily gourmet wine with richness, intensity and length but it is not too heavy, as some can be,’ said Chef de Cave Jean-Jacque Cattier.

A highly-limited number of bottles of Armand de Brignac Blanc de Noirs Assemblage Three will be launched in the UK exclusively at Harrods.

Updated in September 2019 with the release and tasting of Blanc de Noirs Assamlage A3. Updated February 2021 with details of selling to Moët Hennessy.

Copy below by Christelle Guibert. Edited by Chris Mercer.

It is believed Cattier still owns part of the Armand de Brignac brand alongside Jay-Z, but specific details have not been disclosed.

Cattier, which has a long history of producing Champagne for others under licence, makes around 100,000 bottles of Armand de Brignac each year, representing only a small proportion of the family’s total annual sales of 1 million bottles.

The family owns 33 hectares of vineyards and the split between grapes bought or owned is approximately 50%.

Emilien Boutillat, the winemaker, is one of the 14 people working on the Armand de Brignac brand.

He told Decanter.com that only the first portion of the press is used to ensure pristine juice, fresh flavours and the highest acidity possible.

The wines spend at least three years on lees and three to six months in bottle after disgorgement. Each one of the 100,000 bottles is dressed with a metal coating made of aluminium and finished by hand; polished and fitted with four pewter labels.

The range is available from 75cl bottle to 30-litre Midas, and is believed to be the only Champagne to be available in a 30-litre bottle.

Home Videos The WORLD of WINE – Wine News. Cheap wine, tasting notes and cooking with wine The World of Wine – May 2021 … END_OF_DOCUMENT_TOKEN_TO_BE_REPLACED

How to visit Napa Valley on a Budget. In this video Carson and I explain a few ways to enjoy Napa on the cheap. Tip and advice about how to visit Napa … END_OF_DOCUMENT_TOKEN_TO_BE_REPLACED

Home Videos Get To Know Argentina Wine | Wine Folly If you love Malbec, Argentina is your ultimate wine region. But that’s not … END_OF_DOCUMENT_TOKEN_TO_BE_REPLACED