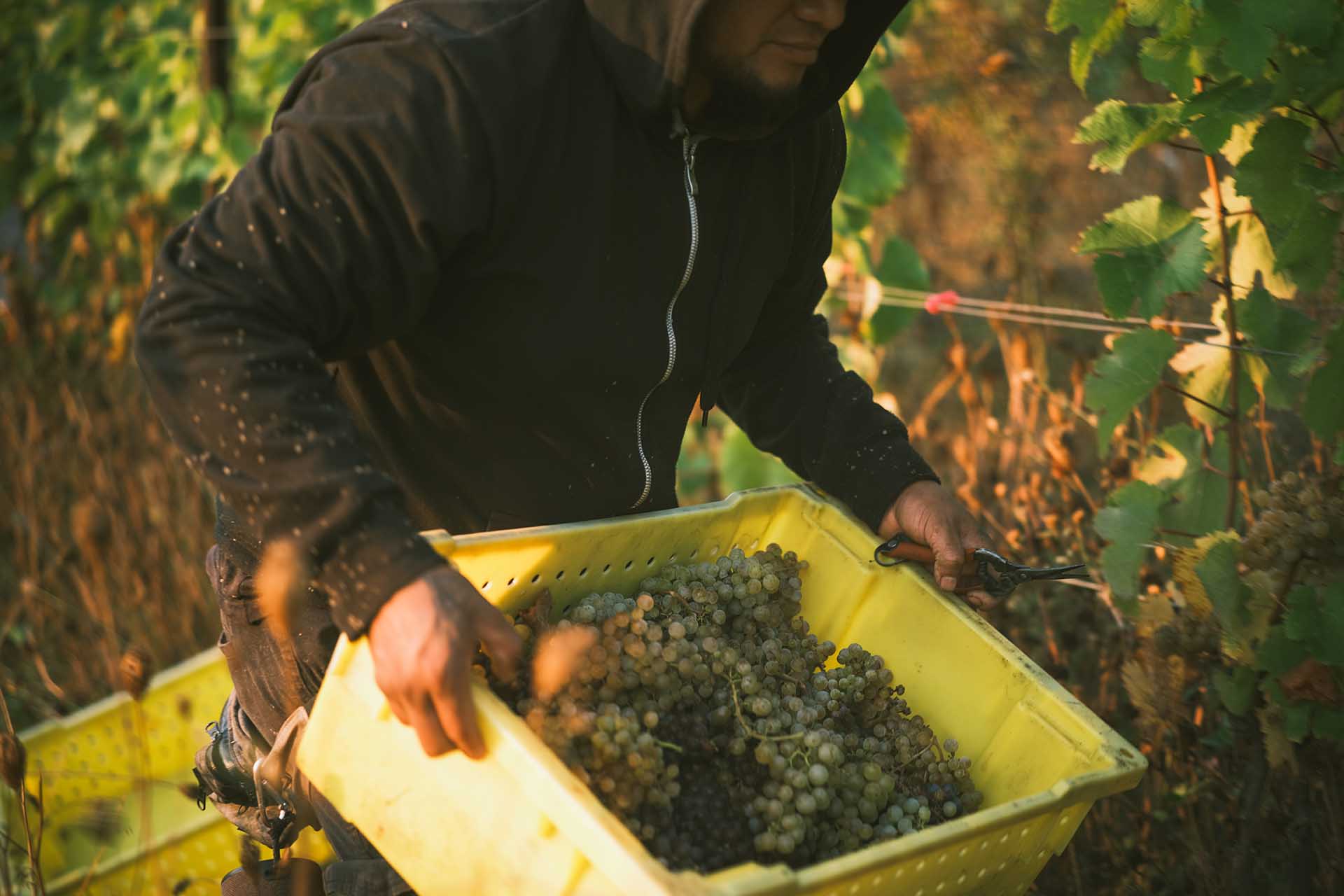 In 1935, President Franklin D. Roosevelt signed the National Labor Relations Act (NLRA) into law. It allowed employees to unionize and negotiate competitive wages and working conditions. Agricultural workers, however, were not included.

A precursor to the UFW, the National Farm Workers Association (NFWA) was created in 1962 by labor activists Cesar Chavez and Dolores Huerta. The NFWA advocated for workers in California’s most lucrative agricultural industry: grape growing. After years of boycotts and community organization, the NFWA secured the California Agricultural Labor Relations Act (ALRA), which guaranteed the rights of farm workers to organize and collectively bargain.

California is the only state that extends these types of protections to agricultural workers. All other states require union approval by employers.

Chavez and Huerta may not be frequently mentioned in wine circles, but their work is fundamental to the industry. It fuels conversations about the rights of winery workers and the roles of unions in grape-growing regions of California and beyond.

Are unions currently necessary for farm workers? Or are there other, more effective ways to ensure the safety and security of those at the heart of the $68 billion U.S. wine business?

Mendoza says that her workplace provides stability, and that her bosses can’t leverage how there might be two or three people ready to replace anyone at any time, or threaten to let them go for being sick or because they just don’t like them.

At Chateau Ste. Michelle, workers and their families are given health insurance. Employees also receive overtime and paid time off. Additionally, there’s a path for professional growth and increase in salary based on worker grades: Grade 1 is a seasonal harvest worker, Grade 2 tends to the vines year-round and Grade 3 operates equipment.

“Because owners need their farm to survive, because like a restaurant it’s such a hard business, you start excusing decisions on how you treat people under you.” — Zack Klug, Liten Bufel

“Locally, we’ve had issues where people die on migrant camps…and that’s the couple hundred-acre apple farm,” says Klug. “Who knows what is going on in a 2,000-acre vineyard that requires even more hands-on impact from people that [those who aren’t working] don’t see.”

Still, he says, even small growers and independent winemakers can struggle to balance efficiency and a business’s bottom line, which can result in substandard working conditions.

“Because owners need their farm to survive, because like a restaurant it’s such a hard business, you start excusing decisions on how you treat people under you,” says Klug.

Unionization can be a solution to some of these significant issues. However, as Klug says, the weight of union policies intended for corporations are not always sustainable for small-scale agrarian businesses in the U.S.

Adrian Cornejo believes the question of unions is complex. He’s cofounder of Nueva Aventura Wine and the supervisor of the 30-acre Hiyu Farm in Oregon, where Owners Nate Ready and China Tresemer pay employees $15 per hour across the board and offer paid time off, overtime and health insurance. “Much more than I can say for other farmers in the area,” says Cornejo.

“Nate and China come out and work,” says Cornejo. “Everyone participates and learns and shows. People feel that vibe.”

Cornejo grew up on the land that’s now Hiyu Farm in housing that his father, Manuel Cornejo, received access to as an employee of the former vineyard. Such housing is not uncommon and can be a major benefit to workers who wish to stay with their families.

His father worked at the farm for 30 years. “The house was an excuse not to get a raise,” says Cornejo. “He maxed out at $11 an hour.”

Unions are not always the answer, he says, because people and communities can have different motivations. Not everyone wants to stay in one place as an hourly or salaried worker.

The alternative is to be paid by volume. The faster you pick, the more you are paid, Cornejo says.

Unions are not always the answer because people and communities have different motivations. Not everyone wants to stay in one place as an hourly or salaried worker.

A community approach is key, he says. Accommodation costs vary, and farm owners need to ensure that workers can afford the cost of living in the surrounding communities.

In addition to seasonal workers and year-round employees, wineries often employ harvest interns to complement staff in the vineyards. These positions tend to be temporary and nonunionized.

Kathline Chery has worked harvest as an intern and an employee on small farms in several domestic regions. The promise of food and board as part of your pay is not always what it seems, she says. Chery recalls the first time she vetted a potential work housing situation.

“We went upstate to look at farms, and my mom said it wasn’t livable,” says Chery. “There was no running water.”

She believes there must be more social support for farm workers in wine and other agricultural businesses. In the U.S., most rural, agrarian towns are populated almost exclusively by white landowners, she says, while the labor force is most often people of color. Language and cultural barriers can lead to discomfort and conflict.

The wine industry often uses internships as an excuse for unpaid labor, she says. She welcomes unions and other advocacy networks. “The consumer will have to pay more,” she says.

To shift attitudes toward agricultural labor is an ongoing process. Organizations like United Farm Workers, National Farm Workers Ministry, Pineros y Campesinos Unidos del Noroeste and the Napa Valley Grapegrowers push for mandatory paid overtime on farms, something that industries like construction and manufacturing in various states have had for decades.

Whether through unions, community organization or legislation, we must honor the hands that make wine possible, these advocates insist.

Home Videos The WORLD of WINE – Wine News. Cheap wine, tasting notes and cooking with wine The World of Wine – May 2021 … END_OF_DOCUMENT_TOKEN_TO_BE_REPLACED

How to visit Napa Valley on a Budget. In this video Carson and I explain a few ways to enjoy Napa on the cheap. Tip and advice about how to visit Napa … END_OF_DOCUMENT_TOKEN_TO_BE_REPLACED

Home Videos Get To Know Argentina Wine | Wine Folly If you love Malbec, Argentina is your ultimate wine region. But that’s not … END_OF_DOCUMENT_TOKEN_TO_BE_REPLACED