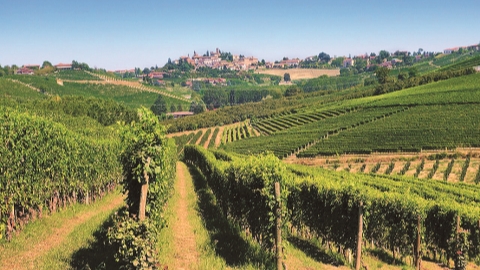 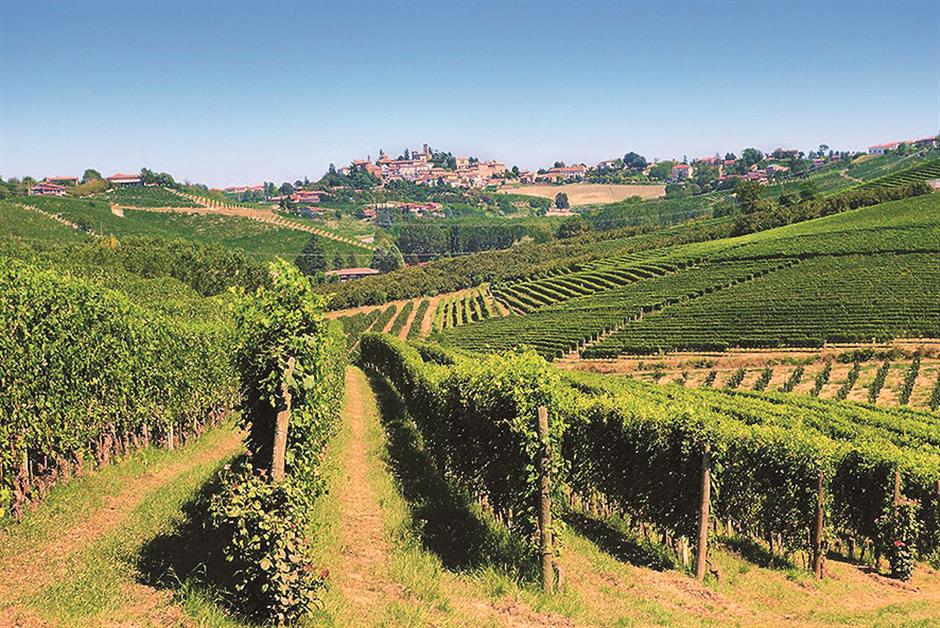 I like trying new wines and I guess many readers share my inquisitive and thirsty nature. After passing the half century milestone of wine drinking, the mainstream international varieties, as lovely as they may be, are simply not enough. As the old saying goes, diversity is the spice of life and this craving for diversity is best satiated by a deeper dip into Italian wines. Why? Because by far and away, Italy has the greatest diversity of wine varieties and styles. It’s not even close.

I can candidly say that every visit to Italy is a new and beautiful wine experience. This journey of discovery is ongoing and one of the foremost regions to discover hidden wine gems is perched in northwestern Italy bordering France.

Foot of the Mountain

The ancient Greeks called it Enotria or land of wines, and through the ages Piedmont (the foot of the mountains) as the Italian refer to it, has become a bastion of fine wines and exalted gastronomy. Sometimes referred to as the Burgundy of Italy because of the many terroir-driven single variety wines, Piedmont boasts the largest number of DOCG wines. As elsewhere in Italy, winemaking is ancient. How far back we’re not certain, but vines were cultivated in pre-Roman times. Following the Romans were the French who during successive invasions helped advance the winemaking techniques of the region.

Piedmont is known for white truffles and many other culinary delights. Equally prestigious are the great Nebbiolo reds Barolo and Barbaresco that helped build Italy’s reputation as an elite wine producer. More pedestrian but increasingly noble in character are the fine Barbera and Dolcetto reds that offer excellent price-quality ratios.

In the world of whites, the Cortese grape makes the acclaimed Gavi white wines and the Arneis variety results in beautifully delicate and perfumed wines. Along with the popular sweet semi-sparkling Moscato d’Asti, these whites are breaking the longtime international image of Piedmont as only a red wine region. Many readers are well aware of and have frequently imbibed of these wines, so this week I want to introduce a charming Piedmont red grape guaranteed to deliciously expand your wine horizons.

Love flowers in your glass? Desire a complex and aromatic wine replete with spicy nuances and fine tannins? Want to surprise your friends with a wine they have never tasted and a wine that makes you look smart? If you’ve answered yes to any of the aforementioned questions, then I have a wine for you.

Ruche is a dark-skinned red grape that has lived in relative obscurity in Piedmont for ages. It’s not an easy variety to cultivate, being sensitive to the sun and temperature fluctuations, so over the years many growers have replanted with more robust grapes.

Three decades ago, there were an estimated 10 hectares planted, which grew to about 100 hectares by 2010. Though still very much a niche wine even in Italy, the cultivation and appreciation of Ruche is growing. The most famous manifestation of this grape is Ruche di Castagnole Monferrato, which received the exalted DOCG status in 2011.

Tales of the grape’s linage abound, some say it’s an indigenous variety, others claim it came from Burgundy; while recent DNA work suggests it’s a cross of the Malvasia Aromatica di Parma and Croatina grapes. Who knows, but dogged amphelographers will sooner or later figure it out and in the meantime we can all discover the lovely attributes of this rare wine.

The scarcity of Ruche wines everywhere save Monteforte, not surprisingly translates into a dearth of availability in China. In fact, I know of only one example available in Shanghai. Thankfully it’s a delightful wine from a top producer. Luca Ferraris is a Ruche specialist and his Ruche di Castagnole Monferrato DOCG is a wonderfully expressive red wine replete with floral, minty and ripe dark berry aromas and flavor and supple tannins that lusciously lingers on the palate.

Piedmont is not the only Italian region offering delicious new discoveries. Drive south down the west coast of the Italian peninsula passing the eternal city of Rome and eventually you’ll arrive in the Marches region. Hidden in the Marche hills is the town of Morro d’Alba, home to the Lacrima grape variety that makes the Fonte Del Re Lacrima di Morro d’Alba DOC wine. Produced by the acclaimed Marche and Abruzzo producer Umani Ronchi, this energetic red wine offers plenty of ripe fruit and floral aromas and pronounced yet smooth tannins with a lingering finish. Native to the region, the Lacrima grape is another rather obscure grape inquisitive drinkers definitely should embrace.

Our last vino stop to discover surreptitious Italian wine varieties this week will be Sicily, the Mediterranean’s largest island. The Cusumano family has cultivated grapes in Sicily for generations but they only established their own winery two decades ago. Since then, Cusumano has quickly become one of the island’s most dynamic wine producers with a range of award-winning wines. Their newest winery Alta Mora was purchased in 2013 and is located in the foothills of Europe’s largest volcano Mount Etna. The winery produces a white and red that roundly merit the title of hidden gem wines.

This rather abstruse grape thrives at altitudes above 600 meters making deeply colored wines with concentrated ripe red fruit flavor with floral notes and round tannins.

Home Videos The WORLD of WINE – Wine News. Cheap wine, tasting notes and cooking with wine The World of Wine – May 2021 … END_OF_DOCUMENT_TOKEN_TO_BE_REPLACED

How to visit Napa Valley on a Budget. In this video Carson and I explain a few ways to enjoy Napa on the cheap. Tip and advice about how to visit Napa … END_OF_DOCUMENT_TOKEN_TO_BE_REPLACED

Home Videos Get To Know Argentina Wine | Wine Folly If you love Malbec, Argentina is your ultimate wine region. But that’s not … END_OF_DOCUMENT_TOKEN_TO_BE_REPLACED