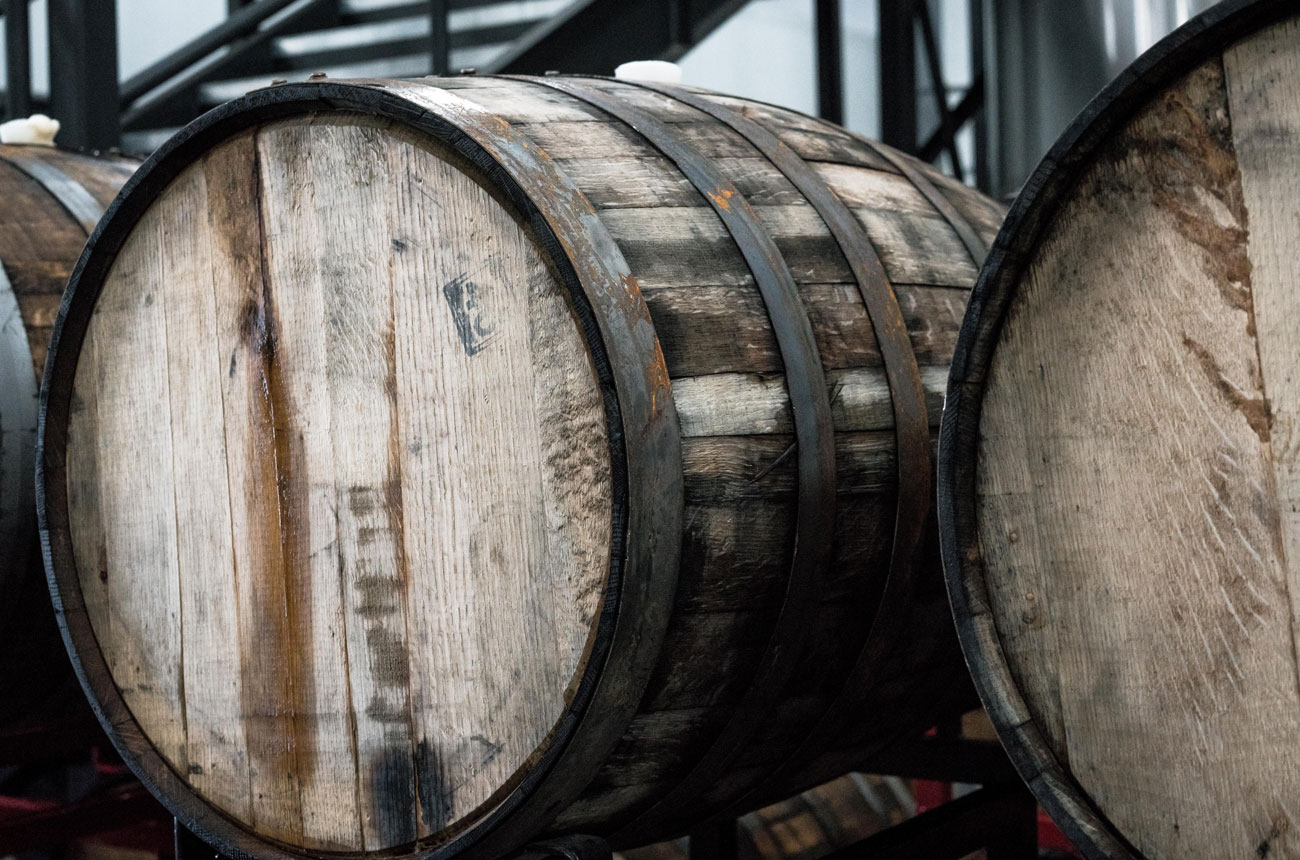 Most of the whisky consumed around the world is the result of blending: the painstaking, art-meets-science technique of combining whiskies of different styles, age and cask type to achieve a harmonious, consistent whole.

We’re not only talking about classic blends such as Johnnie Walker Black Label or Ballantine’s 17 Year Old here, but also great single malts. The ‘recipes’ for Glenfiddich’s or The Glenlivet’s 12-year-old bottlings may involve spirit from the same distillery, but the permutations of age and maturation involved in their creation are mind-bogglingly complex.

By comparison, single cask whiskies couldn’t be more straightforward: one whisky, aged for a specific period of time in one cask and then bottled, often without dilution at cask strength. For the whisky purist, this simplicity is hugely attractive.

A quest for the best

‘A single cask is all about chance,’ says Billy Abbott, ambassador at drinks retailer The Whisky Exchange. ‘Any individual cask that you try could be very good, not very good, or anything in between. These are standout whiskies that aren’t the same as any others – they’re different, special, unique.’

Spotting these standouts is no easy task – it takes an excellent palate, plus years of experience. ‘I’m looking for balance, complexity and texture for delivery on the palate,’ explains Doug McIvor, reserve spirits manager at Berry Bros & Rudd, which releases regular batches of single cask whiskies.

‘What I’m not looking for is anything that reeks of too much wood or off notes, or one or two elements that poke out too much. A lot of people love Sherry-cask whiskies, but I can’t put up with too much Sherry or wood influence.’ This introduces another element to the selection of single cask bottlings: while McIvor aims to choose whiskies that live up to an objective level of excellence, personal taste is also involved.

It’s a similar story at The Whisky Exchange, which also regularly bottles exclusive single cask whiskies. ‘These whiskies are very much to [TWE co-founder] Sukhinder Singh’s taste. That means the distillery character not being swamped by the cask,’ explains Abbott.

While quality and character are paramount considerations in selecting single cask bottlings, the identity of the distillery is another important factor. ‘There’s a hierarchy of distilleries, just like there is with wine,’ says McIvor. And this isn’t purely about quality: when it comes to Scotch whisky, some distilleries are single-malt superstars – the Macallans, Laphroaigs and Highland Parks of this world – and some are bit-part players, with most of their spirit earmarked for blends, and a scarcity of single-malt bottlings.

The bottler’s approach to each of these camps will be different. ‘If you’re bottling, say, a Glenlivet, people already know what Glenlivet tastes like,’ says Abbott. ‘So, do we choose a cask that tastes like Glenlivet, or do we go for something different – maybe not the style of whisky that the distillery will push? With an unknown distillery, the main question is: does it taste great? If so, then put that whisky out there. You have a lot more freedom.’

The joys of tasting

Single cask whiskies are an endlessly fascinating rabbit hole and it’s up to each person to decide how deeply they want to delve into it. There are whisky geeks out there who’ve memorised the cask numbers for even the most obscure single malts – and plenty of others who are content simply to dip in and find something they like.

For both, though, the joy of single cask whiskies is the same: the discovery of unique bottlings from a particular distillery, which may either be a quintessential expression of that distillery’s style, or an utterly unexpected exception to it – and both can be equally delightful.

‘If you spend time tasting 10 different sister casks – they could have been filled on the same day into the same wood – over the time of maturation there will be differences, maybe microcosmic things such as which one stood closer to the door of the warehouse,’ explains McIvor. ‘That’s how I look at single casks – as snapshots of time, never to be repeated.’

Sherry-casked Aberlour is hardly a secret, but this outstanding second-fill butt adds a new dimension to this classic combination. Poached plum, aromas of long-aged oloroso, liquorice and a touch of menthol lead into a palate of baking spices, roasted almond and walnuts in dark chocolate. Seamless and as welcoming as a hug. Alc 52%

This is all about poise. Benromach’s peat makes it an uncommon Speysider, but here its turfy-green smoke is wonderfully balanced with the sweet vanilla and light gingerbread of a first-fill Bourbon cask. There’s a whisper of fruit-and-nut bar, some luscious red fruits and a catch of flame-grilled gammon steak. Ridiculously smooth and lip-smackingly comforting. Alc 58.4%

This bottling of Bruichladdich’s peated alter ego is a rare beast – somewhere between Port Charlotte and Octomore in its smokiness. It’s an elusive whisky, with the high strength (water is your friend here) bringing out an opulent nose of vanilla and mandarin before the smoke takes over, blotting out the horizon with camphor, smoking branch and charred red meat. A shapeshifter. Alc 60.2%

Here the cask is content to sit in the background, allowing the spirit to sing. After two decades in a hogshead, this underrated Speysider is disarmingly pale to the eye, and filled with scents of hedgerow and green apple, alongside light ginger and sugar-dusted almond. It’s sweet, it’s light, but it certainly isn’t insubstantial. One to take your time over. Alc 50.7%

The best whiskies for an Old Fashioned

Home Videos The WORLD of WINE – Wine News. Cheap wine, tasting notes and cooking with wine The World of Wine – May 2021 … END_OF_DOCUMENT_TOKEN_TO_BE_REPLACED

How to visit Napa Valley on a Budget. In this video Carson and I explain a few ways to enjoy Napa on the cheap. Tip and advice about how to visit Napa … END_OF_DOCUMENT_TOKEN_TO_BE_REPLACED

Home Videos Get To Know Argentina Wine | Wine Folly If you love Malbec, Argentina is your ultimate wine region. But that’s not … END_OF_DOCUMENT_TOKEN_TO_BE_REPLACED