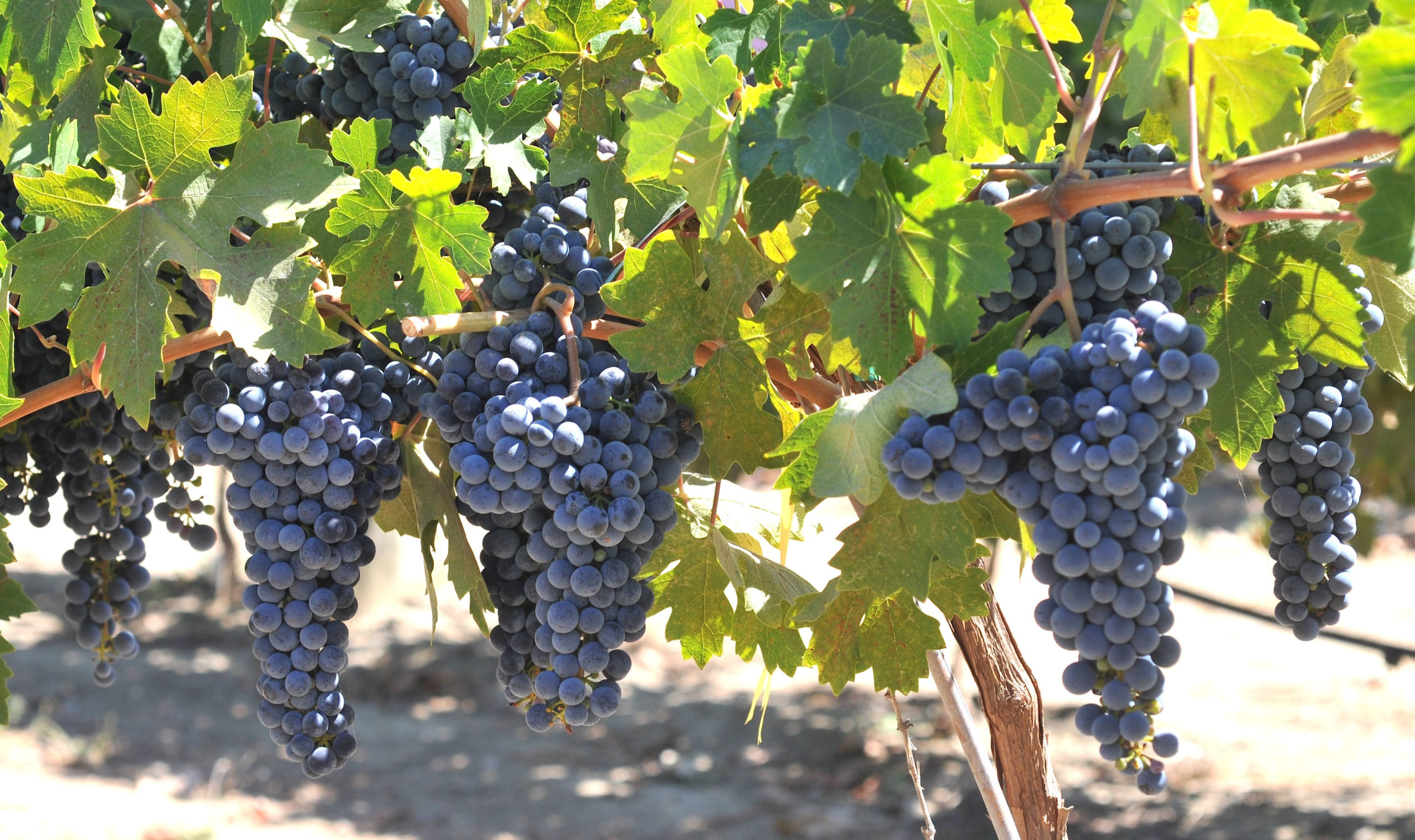 “People that have tasted the wine made from these varieties are extremely excited,” said Andrew Walker, geneticist and professor of viticulture and enology at UC Davis, who developed the new Pierce’s disease resistant varieties. “They are impressed that they’re resistant but also that they make good wine.”

Pierce’s disease is caused by a bacterium spread by a group of insects called sharpshooters. It causes grapevine leaves to yellow or “scorch” and drop from the vine. The grape clusters also dehydrate, and infected vines soon die. While the disease has been around since the beginning of wine grape production in California, concerns have escalated with the arrival of the nonnative glassy-winged sharpshooter, which has the potential to spread the disease more rapidly. Pierce’s disease occurs most often near rivers and creeks, and around urban and rural landscaping where sharpshooter populations reside.

Pierce’s disease also threatens wine grapes in the southeastern U.S. Rising temperatures from climate change could increase the spread of the disease, which is thought to be limited by cold winters. Growers in the Southeast can usually only grow Pierce’s disease resistant varieties that don’t have the same wine quality as the European wine grape species, Vitis vinifera, which is typically grown in California.

To create the new varieties, Walker crossed a grapevine species from the southwestern U.S. and northern Mexico, Vitis arizonica, which carries a single dominant gene for resistance to Pierce’s disease and was used to cross back to Vitis vinifera over four to five generations. It’s taken about 20 years to develop the five patent-pending selections that are now being released.

“These varieties will hopefully make viticulture much more sustainable and provide a high-quality wine that the industry will welcome,” said Walker. “So far there has not been tremendous interest in new wine grape varieties, but climate change may encourage growers to reconsider wine grape breeding as we work to address future climates and diseases.”

Winemaker Adam Tolmach, owner of The Ojai Vineyard in Ojai, planted four of the new varieties as part of a 1.2-acre experimental field trial. The trial was on the same plot of land where Pierce’s disease wiped out his grapes in 1995. The vineyard then and now is organic, so spraying insecticides to fight the disease spread wasn’t an option.

“I wasn’t interested in planting in that plot again until I heard about these new Pierce’s disease resistant grape varietals,” said Tolmach. “This year was the first harvest. We’ve just begun to evaluate the wine but I’m very encouraged.”

Five varieties to suit every taste

The five new varieties of wines were evaluated by sensory tasting panels. Tasters included leading industry winemakers and enologists in prominent wine-growing regions of California and Texas as well as regions in the southeastern U.S.

“What I think is exciting is that they’re stand-alone varieties independent of whether they have Pierce’s disease resistance,” said Doug Fletcher, former vice president of winemaking for Terlato Family Wine Group.

Camminare noir has characteristics of both cabernet sauvignon and petite sirah. The selection has ranked highly at numerous tastings of fruit grown in both Napa and Davis. Tasting comments: dark-red purple color, bright red fruit, raspberry, cherry, ripe, tannic, elegant rather than dense. The variety is 50 percent petite sirah and 25 percent cabernet sauvignon.

Errante noir is a red wine grape most similar to a cabernet sauvignon and has great blending potential. Tasting comments: dark-red purple color; complex fruit with herbs and earth, plum, big wine, dense, rich middle, tannic yet balanced. The variety is 50 percent sylvaner and 12.5 percent each of cabernet sauvignon, carignane and chardonnay.

These five varieties are ready for patenting and release. There will be limited amounts of plant material available for propagation in 2020 as only a few of the grape nurseries participated in a pre-release multiplication program. Much more will be available in 2021.  The Pierce’s disease resistance breeding program continues, and more selections are approaching release.

Home Videos The WORLD of WINE – Wine News. Cheap wine, tasting notes and cooking with wine The World of Wine – May 2021 … END_OF_DOCUMENT_TOKEN_TO_BE_REPLACED

How to visit Napa Valley on a Budget. In this video Carson and I explain a few ways to enjoy Napa on the cheap. Tip and advice about how to visit Napa … END_OF_DOCUMENT_TOKEN_TO_BE_REPLACED

Home Videos Get To Know Argentina Wine | Wine Folly If you love Malbec, Argentina is your ultimate wine region. But that’s not … END_OF_DOCUMENT_TOKEN_TO_BE_REPLACED