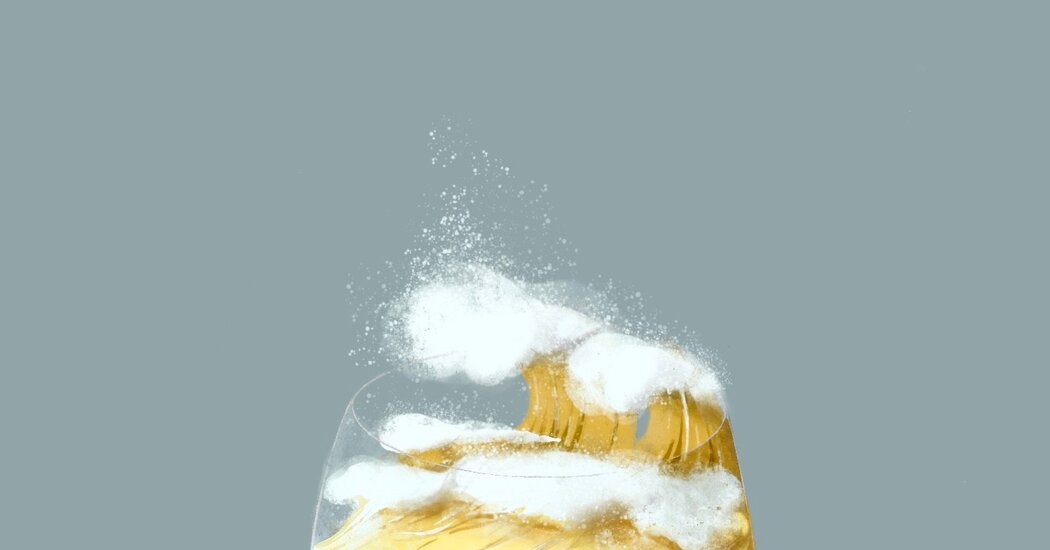 The Ameztoi was light and fresh. As several readers pointed out, these are not sparkling wines like Champagne or even pétillant naturel. They simply have a light spritz, a bare effervescence that gives them energy and life. The Ameztoi was steely and stony, with faint herbal and citrus undertones. I found it joyous to drink.

The Antxiola was similarly light, vivacious and stony, with a suggestion of lime zest and a refreshing bitter note as I swallowed.

Both of these bottles were 2020s. The Ulacia was one year older, yet, if anything, it was a bit more effervescent and lively than the other two, though maybe less angular with rounder flavors of citrus and green apple.

Did the extra year make a difference? Most authorities recommend drinking Txakolina as young as possible. I’ve followed that guideline, though I confess I have no evidence of its truth, nor much experience drinking older Txakolinas. But one reader, Ken of Frankfurt, reported being invited to a tasting of aged Txakolinas one night in San Sebastián, a city renowned for its Basque gastronomy.

“For those who love the fresh lighthearted experience of a Txakoli on a summer’s eve, this is something else,” he said. “Rich, deep and smooth, like a well-aged Mosel, it left us longing for more.”

Another reader, Nancy of Minnesota, said she had recently become obsessed with Txakolina, which she described as “in between sparkling and still.”

She’s right. While some might assume that Txakolina represents an age-old tradition in Basque Country, it’s actually a modern wine, a product mostly of the 1960s when the Basque government lavishly subsidized vineyards and wine producers in an effort to prevent citizens from abandoning the countryside for the cities.

Home Videos The WORLD of WINE – Wine News. Cheap wine, tasting notes and cooking with wine The World of Wine – May 2021 … END_OF_DOCUMENT_TOKEN_TO_BE_REPLACED

How to visit Napa Valley on a Budget. In this video Carson and I explain a few ways to enjoy Napa on the cheap. Tip and advice about how to visit Napa … END_OF_DOCUMENT_TOKEN_TO_BE_REPLACED

Home Videos Get To Know Argentina Wine | Wine Folly If you love Malbec, Argentina is your ultimate wine region. But that’s not … END_OF_DOCUMENT_TOKEN_TO_BE_REPLACED