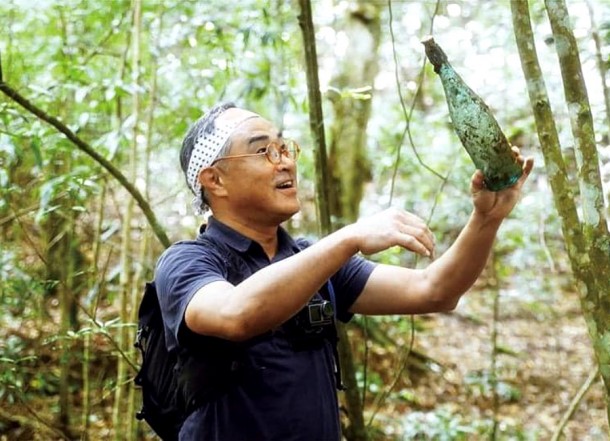 TAICHUNG — How could anyone imagine any sort of viticulture on land that never experiences winter and is ravaged by an average of five typhoons per year? The island of Taiwan is much more famous for its tea and street food than for its vineyards. Producing wine is certainly possible, but producing very good wine is another story. And most of the bottles found in this hot country are closer to cheap plonk than great vintages.

Yet Vino Formosa, a sweet white wine, and Vino Formosa Rosso, its red equivalent — developed in this very tough environment by the eccentric Chien-hao Chen — are two notable exceptions. Their names evoke the island’s former designation, Formosa. We meet the 53-year-old winemaker at the end of Oct. 2020, under a blazing sun. The winery, Shu-sheng, is located on the outskirts of Taichung, Taiwan’s second largest city with 2.8 million inhabitants. Chen takes us on a tour of its five hectares of vineyards. Except for the Chinese characters that indicated the name of the estate, it feels like a summer afternoon in the Perpignan province of France.

As a man who calls himself an oenologist, winemaker and sommelier, Chen clearly had an atypical career. He left for Switzerland and, in 1992, began training at Les Roches, a hotel school. This is where he tasted his first sip of wine. He remembers an episode that still amuses him: He provoked the indignation of one of his teachers by naively proposing to cut the wine with orange juice. He then worked for a year as a chef in an Asian restaurant in Lausanne. In 1996, he left to study wine in the French city Dijon and obtained a university diploma as a technician in oenology. He was the only Asian student in his class and had to assert himself to make his voice heard among the children of winegrowers.

He then returned to Taiwan, ready to develop a vineyard in a country where everything remained to be done. It was the middle of the 2000s and the island had only legalized independent alcohol production in 2002. Before that, it was a state monopoly. And it was the state that invited Chen, the only viticulture graduate in Taiwan, to manage the production of the Shu-sheng estate. He says with a laugh, “After the liberalization of alcohol production, I was the only Taiwanese to have studied oenology and viticulture in France!”

He had to first overcome the heat.

Chen does not own the Shu-sheng estate’s vineyards; they have been owned by the Hung family for four generations. They date back to the time of Japanese colonization, between 1895 and 1945.

“It was the Japanese who first chose the Taichung region,” he says. “They didn’t choose at random: These vines have the best soil in a region where the nights are cool. But during the state monopoly period, the wine produced there was very banal; There was little oenological research. And when the Chinese took over the island after World War II, they continued this system.”

The wine produced here did not belong to the property itself but to the different state companies who shared the grounds to produce their own vintages — a bit like the cooperative system in France.

Since his arrival in 2005, Chen’s chief ambition has been to make a great wine. This meant dealing with the climate, which tempered his expectations. This is the main challenge to the development of wine production in Taiwan. According to one wine importer, the only players in the Taiwanese wine market are currently Chen, one other winemaker and the many bottles coming out of national factories.

Chen first had to overcome the heat. He shows us a strain of Riesling grape variety, which grows very poorly. “The root suffers; It’s too hot.” He also had to adapt to the four meters of annual rainfall, which is significant. But this enthusiastic soul loves to experiment, fiddle and discover. In order to aerate the soil as well as possible and avoid rotting fruit, the vines are trained high up on an arbor. “The vine’s vegetative cycle is six months, as in France, with the difference that we have the first buds in January and the harvest in July.” 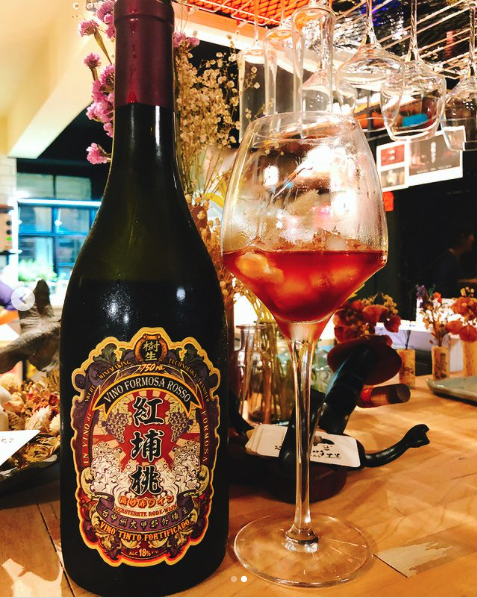 Nevertheless, he concedes that with a challenging climate, “the beginnings were difficult.” That’s why he sought both inspiration and answers in subtropical regions similar to Taiwan.

“I started by looking at the global viticulture map and noticed that wine was being made in Tahiti,” he says. “A winemaker – probably a bit crazy like me — was growing grenache and syrah. I didn’t hesitate to pay $400 to have one of his bottles imported. But the wine was not good.” It was finally in 2007, during a trip to Madeira, that he found the key to cultivating the vineyard on his native island. He returned convinced: “As early as 2008, I was telling everyone that we were going to win prizes with our wine!”

During a visit to his wine cellar, we notice that the barrels have been imported from Burgundy, a nod to his training. The natural, sweet wine matures in these barrels using methods similar to those employed for the wines of southwest France, such as the muscat de Frontignan — which takes around eight years. Except these bottles are made in Taiwan, so the aging stage must face another climatic difficulty: the volume of evaporated alcohol amounts to 10%, compared to 1% to 2% for French wines.

But the hard work and persistence paid off. In 2014, the white Vino Formosa received a gold medal at the prestigious International Vinalies competition. In 2019, it was the red wine’s turn to be awarded the prize. Chen is proud to see that he can play in the big league. We ask him to describe his sweet red: “There is a very good concentration in the nose. In the taste, we find all the exotic fruits, red fruits, a bit of candied fruit, chocolate, caramel… It is very complex, with a good freshness and acidity.”

The reputation of Chen’s wines has crossed borders: They are now on the menu of the multi-star restaurant run by chefs Michel and Sébastien Bras, in Laguiole in the Aubrac region of France. But the 6,000 bottles produced each year by the Shu-sheng estate are not enough to meet today’s skyrocketing demand. With the exception of a few restaurants in Asia, buyers are mainly private individuals in Taiwan. “We don’t have enough bottles to sell them abroad,” says Chen.

With wine consumption on the rise in Taiwan, citizens buy almost exclusively imported bottles, mostly French. Avid local wine lovers have to sign up for a long waiting list and wait up to three years for a bottle of the exceptional Vino Formosa.

Home Videos The WORLD of WINE – Wine News. Cheap wine, tasting notes and cooking with wine The World of Wine – May 2021 … END_OF_DOCUMENT_TOKEN_TO_BE_REPLACED

How to visit Napa Valley on a Budget. In this video Carson and I explain a few ways to enjoy Napa on the cheap. Tip and advice about how to visit Napa … END_OF_DOCUMENT_TOKEN_TO_BE_REPLACED

Home Videos Get To Know Argentina Wine | Wine Folly If you love Malbec, Argentina is your ultimate wine region. But that’s not … END_OF_DOCUMENT_TOKEN_TO_BE_REPLACED