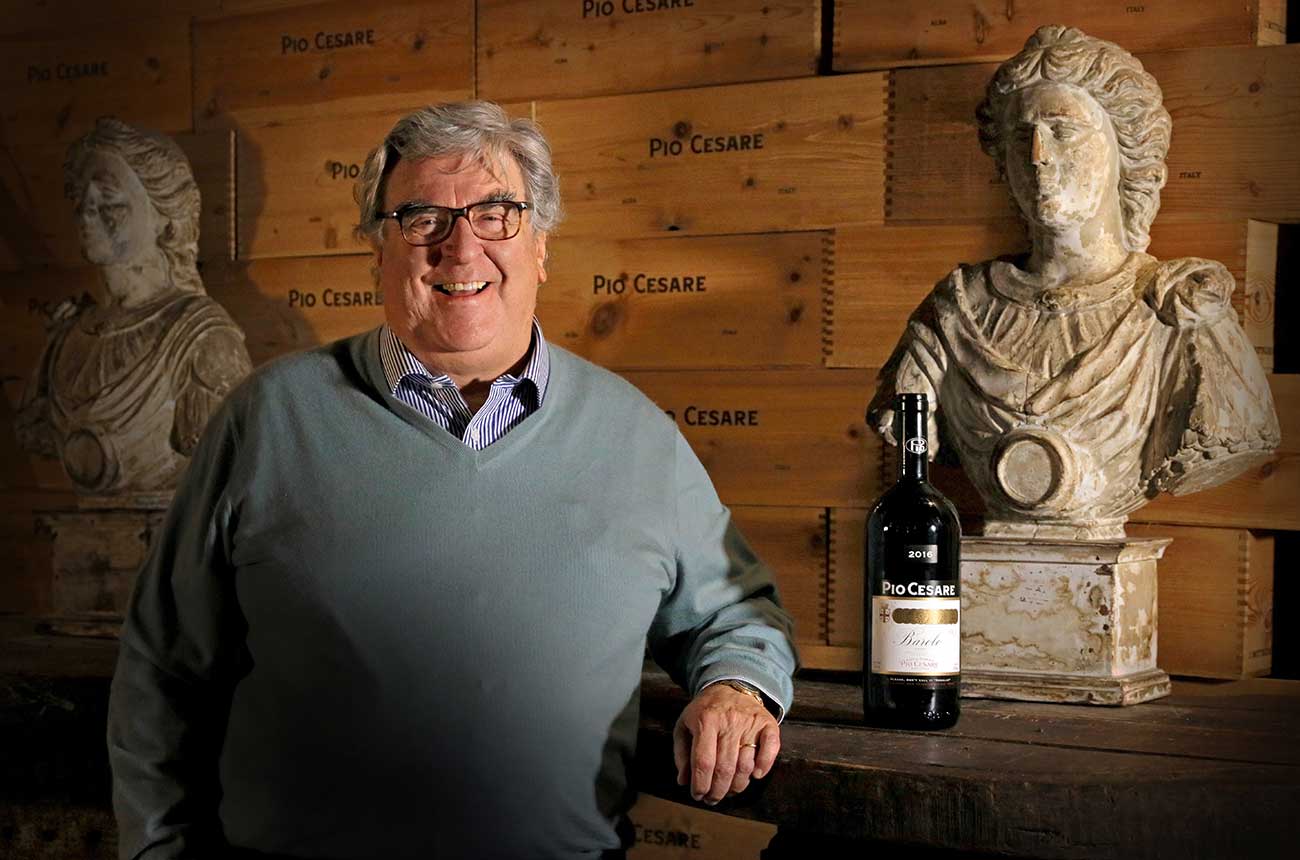 Tributes have been paid to Pio Boffa, one of the legendary figures of Piedmont wine, following news of his death at the age of 66. He had been battling Covid-19.

Boffa led his family winery, Pio Cesare, for several decades and was a key proponent of Piedmont wines on the international stage.

‘We are tremendously saddened by the news of the loss of Pio Boffa, who succumbed to the Covid virus at only 66,’ said Richard Billett, managing director of Maison Marques & Domaines UK, the Louis Roederer-owned importer and marketing agency that handles Pio Cesare wines.

‘Fourth generation, Pio was a visionary and entrepreneur who transformed the family winery, Pio Cesare, during a four-decade tenure at the helm of the company,’ Billett said.

‘He was also a tireless and proud standard-bearer for the wines of Piedmont, travelling the globe and forging enduring friendships with everyone that he met.

‘A wonderful host and dedicated family man, he will be greatly missed in Alba, Italy and around the world. Our thoughts and deepest sympathies are with his wife Nicoletta, daughter Federica, nephew Cesare, and wider family, who can be reassured of all our support as they mark their 140th anniversary and look to continue Pio’s legacy.’

Winemaker Association Vignaioli Piemontesi described Boffa as ‘a great man of Langa wine’ and a charismatic entrepreneur at the helm of his family winery, which was founded in 1881.

Boffa began working in his family’s wine business when he joined his father Giuseppe Boffa in 1973.

After eventually taking over the running of Pio Cesare, Pio Boffa helped to introduce single vineyard wines, with Barolo ‘Ornato’ arriving in 1985 and Barbaresco ‘Il Bricco’ in 1990.

The winery in Alba, which has cellars dating back to the 1700s, was also modernised at the beginning of the 21st century.

However, Boffa himself always maintained his view that new-wave, single-vineyard Barolos were not necessarily better quality than wines that delivered balance and harmony by being blended from components across different vineyard sites.

In an interview with John Stimpfig in 2017, Boffa spoke of how he straddled the traditionalist and modernist camps in Piedmont more generally.

‘I would say that I am neither a modernist nor a traditionalist,’ he told Stimpfig, Decanter’s content director at the time.

‘What’s curious to me is that when the modernists reigned, I was seen as a traditionalist, now that traditionalists have made a comeback, I’m regarded as a modernist. It’s why the best way to describe our wines is “Piedmontese classics from a modern traditionalist”,’ he said.

In 2014,  Boffa bought 9.7-hectare Mosconi estate in Monforte d’Alba on the occasion of his 60th birthday.

Pio Cesare has 70 hectares under vine today, and the next generation has been working at the winery for several years. Pio Boffa’s nephew, Cesare Benvenuto, joined in 2000 and his daughter, Federica, has also come onboard in recent years.

Federica Boffa, 23, will take on the running of the business with help from Cesare Benvenuto and others, including Pio Boffa’s cousin, Augusto Boffa.

Federica Boffa told Decanter that she was determined to carry on her father’s legacy and that he had taught her a lot about the business in the past 12 months. ‘I will bring all of my passion and my determination,’ she said.

Updated with comments from Federica Boffa.

Home Videos The WORLD of WINE – Wine News. Cheap wine, tasting notes and cooking with wine The World of Wine – May 2021 … END_OF_DOCUMENT_TOKEN_TO_BE_REPLACED

How to visit Napa Valley on a Budget. In this video Carson and I explain a few ways to enjoy Napa on the cheap. Tip and advice about how to visit Napa … END_OF_DOCUMENT_TOKEN_TO_BE_REPLACED

Home Videos Get To Know Argentina Wine | Wine Folly If you love Malbec, Argentina is your ultimate wine region. But that’s not … END_OF_DOCUMENT_TOKEN_TO_BE_REPLACED